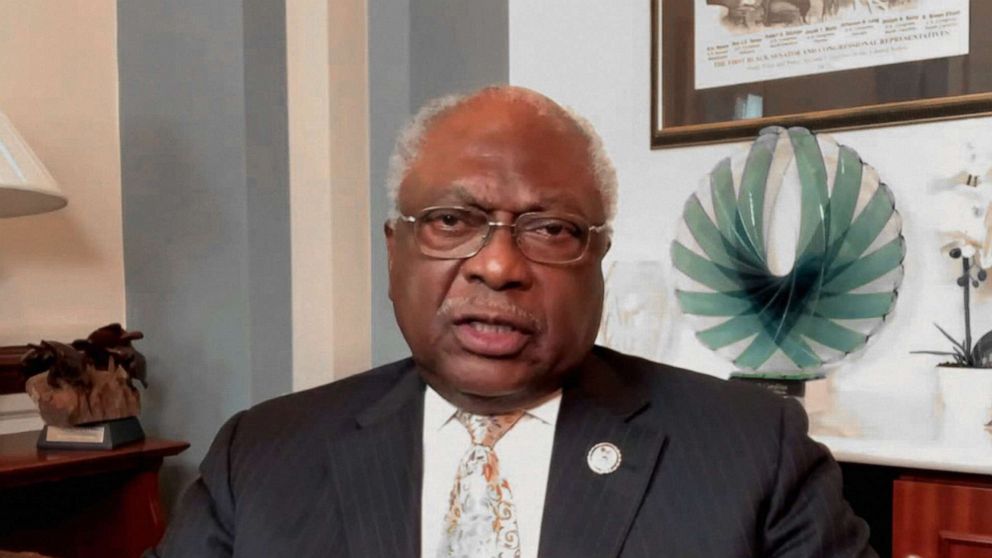 House Democratic Whip Jim Clyburn said on Friday that new legislation to mark Juneteenth as a federal holiday to commemorate the end of slavery in the United States gives him “hope.”

“It does give me hope…this country has a very spotty history when it comes to race. There’s so much about slavery that we have failed to come to grips with, and Juneteenth is one of those prime examples,” Clyburn said on ABC’s “The View.”

President Joe Biden signed the legislation into law on Thursday.

“Great nations don’t ignore their most painful moments … they embrace them. Great nations don’t walk away, they come to terms with the mistakes they’ve made. In remembering those moments, we begin to heal and grow stronger,” Biden said at a signing ceremony at the White House attended by Vice President Kamala Harris, members of the Congressional Black Caucus and other lawmakers.

“That was a real good vote, real good bipartisan demonstration of accepting the fact that slavery did exist, and it did come to an end on June 19, 1865,” Clyburn said.

Fourteen Republicans voted against the bill in the House, many of whom said there are already too many federal holidays in the U.S. At the same time, Texas Gov. Greg Abbott signed restrictive new legislation this week that prescribes how teachers can talk about current events and America’s racial history in the classroom.

“I do ask us all to be mindful of our role today, in trying to get it right, and continue to have a pursuit of a more perfect union,” Clyburn added.

On police reform, Clyburn said he remains confident a bipartisan deal can be struck between Democrats and Republicans, who have been negotiating for weeks on Capitol Hill. Qualified immunity for police officers still remains one of the biggest sticking points in negotiations.

“Yes, I think the act will pass and I think we can find a way to deal with qualified immunity,” Clyburn said.

“What has happened over the years is that qualified immunity has been treated by the courts as an absolute,” Clyburn said. He said he believes negotiators can come to an agreement in time.

Clyburn was also asked about the bipartisan commission that would investigate the events of Jan. 6, when thousands of rioters mobbed the Capitol as lawmakers sought to certify the U.S. presidential election results.

The House approved legislation that would have established the commission, but the Senate failed to pass it.

Clyburn said he thinks House Speaker Nancy Pelosi will eventually set up a select committee to investigate what happened. Earlier in the week, Pelosi told reporters that she hasn’t given up hope in a commission and said she remained undecided on setting up a select committee.

“I think she’s going to appoint a committee to get to the bottom of this and let things go wherever they may go, and I think they will go straight to the source, because I believe the 45th president of the United States made some gross errors in judgment, if not very criminal,” Clyburn said.