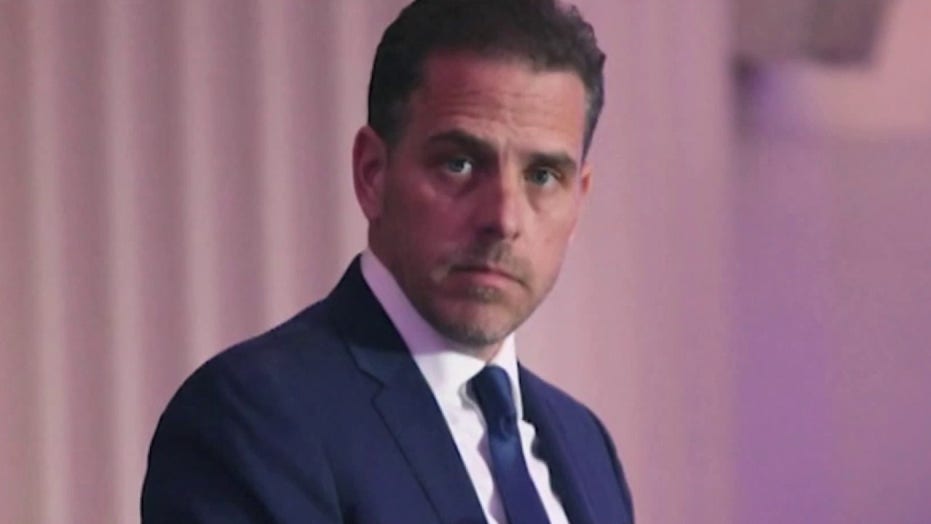 The first son has been profiting off the Biden name for years and recently found his way into the art world; reaction from ‘The Five’

Former President Obama’s ethics chief ripped into President Biden’s son, Hunter Biden, for selling his art at prices ranging up to half a million dollars to anonymous buyers.

Walter Shaub, the former Office of Government Ethics director under Obama, said that the lucrative arrangement has a “shameful and grifty feeling to it.”

“The notion of a president’s son capitalizing on that relationship by selling art at obviously inflated prices and keeping the public in the dark about who’s funneling money to him has a shameful and grifty feel to it,” Shaub told Fox News on Monday.

Shaub also warned that the anonymity granted to Hunter’s clients could allow “influence-seekers” to funnel money to the Biden family.

Shaub said he thinks that Biden and his art dealer, Georges Berges, “should disclose the identity of the purchasers” so the public can see if the buyers try to “gain access to [the] government.”

He also said that the “public should not have to take it on blind faith that government officials will behave” regardless if “any attempt to curry favor or buy influence is likely to succeed.”

“But I also think it’s ridiculous that Hunter Biden is even going forward with this sale as a first-time artist,” Shaub continued. “He can’t possibly think anyone is paying him based on the quality of the art. This smells like an attempt to cash in on a family connection to the White House.”

“At a minimum, the president should be asking his son not to go through with this auction,” Shaub added.

The president’s son came under fire last week after it was reported that Berges would be selling his artwork for between $75,000 and $500,000, depending on the size and scope of the collage artwork.

The White House, Berges and Hunter Biden’s attorney did not respond to Fox News’ requests for comment.

“Pricing fine art in his experiences as a Gallerist is based on the demand of the work as well and the intrinsic value of it,” the agency told Fox Business. “His feeling is that within each piece – as with every artist, sales are always confidential to protect the privacy of the collector, this is standard practice for transactions in galleries as well as auction houses.”

Houston Keene is a reporter for Fox News Digital. You can find him on Twitter at @HoustonKeene