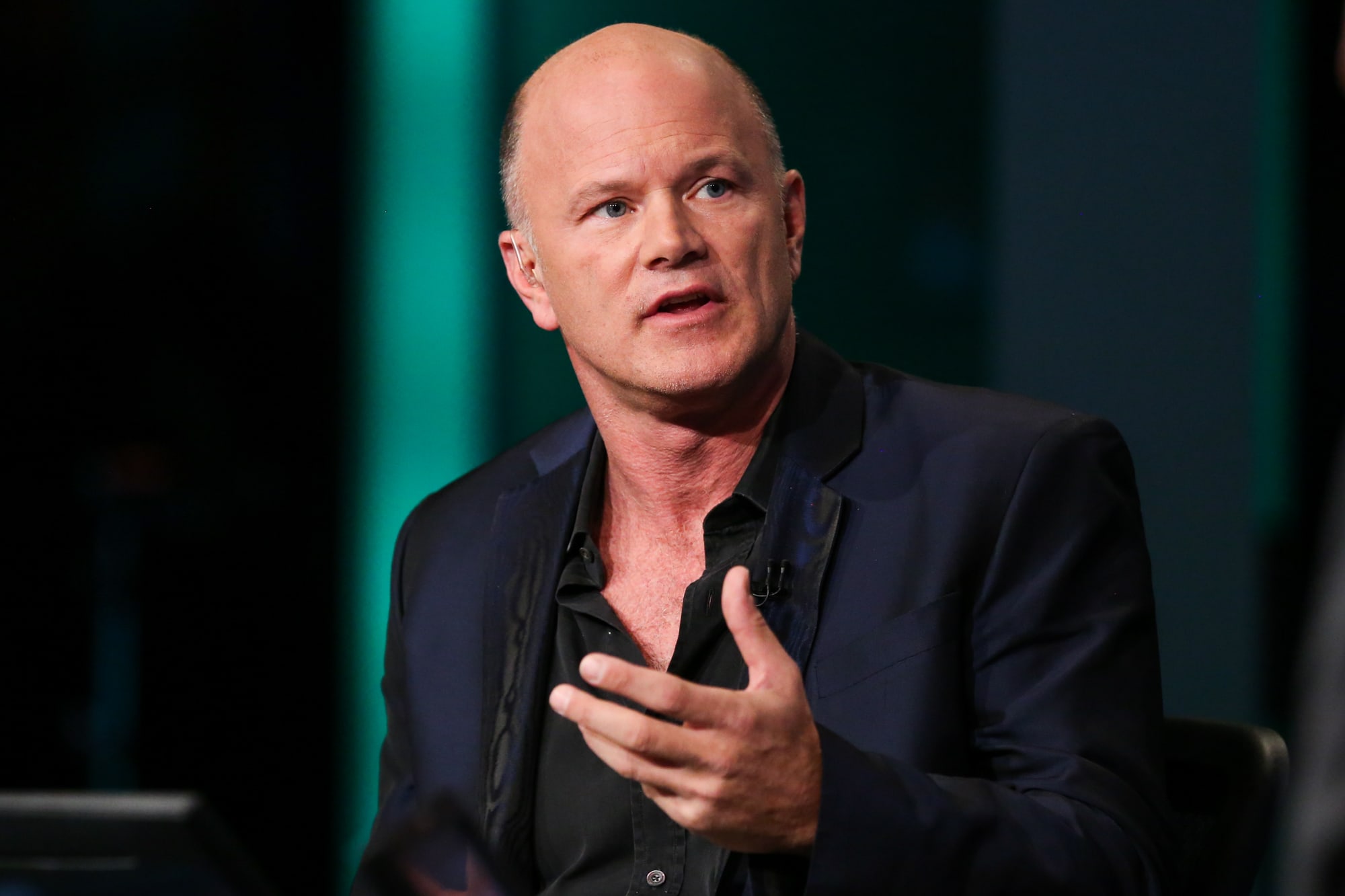 Crypto investor Mike Novogratz told CNBC on Tuesday that bitcoin faces near-term uncertainty after falling below $30,000, but he maintained a long-term positive outlook.

Bitcoin has struggled in the past two months, after notching an all-time high in April near $65,000. The weakness in recent days comes as reports indicated China took further steps to restrict bitcoin mining in the country, and as the nation's central bank put pressure on financial firms to limit crypto-related service offerings.

"We had China really be much more forceful in their idea to ban cryptocurrency. That's created a retail deleveraging, " Novogratz said on "Squawk Box." "A lot of crypto happens in Asia, a lot of it is Chinese focused. So we're seeing big liquidations, so it's hard to call a bottom."

"We'll see if it holds on the day. We might plunge below it for a while and close above it," Novogratz said, referring to the $30,000 price level, which some technical analysts saw as a key support level for bitcoin.

"If it's really breached, $25,000 is the next big level of support. Listen, I'm less happy than I was at $60,000, but I'm not nervous," added Novogratz, founder and CEO of Galaxy Digital, a crypto-focused financial services firm.

Bitcoin on Tuesday was down more than 50% from its April all-time high. The cryptocurrency has had bigger drawdowns before, like when it ran up to a then-record high near $20,000 in December 2017 and then lost more than 80% of its value, sinking below $3,500 per token.

Novogratz said he doesn't expect a crash of that magnitude again.

"The ecosystem is so much more mature. The amount of players that are moving in are so much more mature. Every single bank is working on their own crypto project, how they can get bitcoin to their wealth clients," Novogratz said. "I think a lot of clients that didn't buy it the first time will see this as an opportunity to buy it and get involved."

Some crypto trading platforms in Asia have allowed large leverage ratios up to 100-to-1, for example, Novogratz noted. The Chinese government's crackdown on that kind leverage is a long-term positive, he said. "Maybe not in the short run, but it's a good thing," he added. "That's what's created this excessive volatility that we've seen."