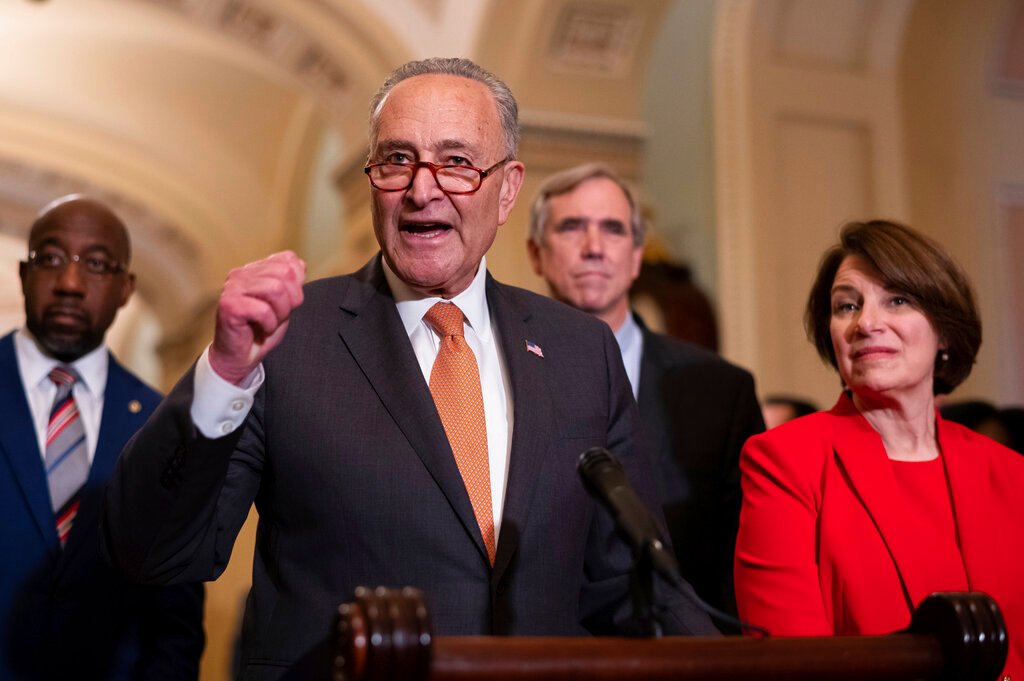 The Senate on Tuesday blocked a massive election-reform bill as Democrats fell short of the votes to overcome a Republican filibuster threat.

The Senate voted 50-50, split evenly between the parties but 10 votes short of the 60 needed to proceed with debate.

The outcome was not a surprise but still a disappointment to progressive activists, including those in entertainment, who saw the bill as a necessity amid Republican efforts to restrict voting at the state level.

“The fight is not over,” Vice President Kamala Harris told reporters just outside the Senate chamber after she presided over the vote.

Sen. Amy Klobuchar (D-MN) said before the procedural vote that Democrats plan to continue to highlight the need for legislation, with the Rules Committee set to hold a series of hearings, including one in Georgia.

The failure of the legislation to move forward is likely to accelerate calls from Senate progressives and public-interest advocates to end the filibuster, which means that any consequential legislation typically requires 60 votes to pass.

The bill — HR 1, or the For the People Act — would have ended partisan gerrymandering, expanded voting rights, created new public campaign financing and required presidential and vice presidential candidates to disclose 10 years worth of their tax returns. Just hours before the vote, Sen. Joe Manchin (D-WV) announced that he would vote to begin debate, albeit with the guarantee that the Senate would take up a scaled-down version of the legislation that he favors. After he voted, Manchin shook hands with Schumer, who eagerly returned the gesture by patting the West Virginia senator’s hand.

Republicans opposed the bill, as Senate Minority Leader Mitch McConnell called it a “power grab” and a “recipe for undermining confidence in our elections.”

But Republicans quickly opposed Manchin’s compromise when he unveiled it last week, even though it includes the type of election security measure they long have favored: Voter ID requirements.

Schumer said that former President Donald Trump’s unfounded claims that the 2020 election was stolen “became the match that lit a wildfire of Republican voter-suppression laws sweeping across the country.” He called for passage of the legislation to counter those efforts.