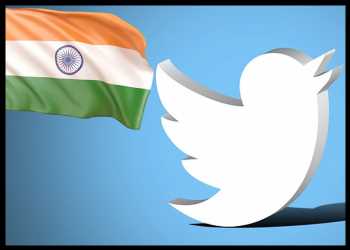 Micro blogging platform Twitter, which has been engaged in a tussle with the Indian Government over right to privacy, likely lost its legal protection in India from prosecution over users’ posts. The new provisions require major digital platforms to appoint India-based officers including a Chief Compliance Officer.

The Indian Minister of Electronics and IT Ravi Shankar Prasad tweeted, “There are numerous queries arising as to whether Twitter is entitled to safe harbor provision. However, the simple fact of the matter is that Twitter has failed to comply with the Intermediary Guidelines that came into effect from the 26th of May.”

He added that the company was given multiple opportunities to comply with the same, however it has deliberately chosen the path of non compliance.

Twitter is said to be the only mainstream tech platform that is yet to comply with the new rules. It means that Twitter will lose its status as intermediary platform in India. That means if there is any charge against the company for alleged unlawful content it would be treated as a publisher and will be liable for punishment under any law.

Meanwhile, the social media giant said it continues to make every effort to comply with the new guidelines, and appointed an interim Chief Compliance Officer, whose details would be shared soon with the IT Ministry.

The company was reluctant initially to follow the new rules over concerns about what it called the potential threat to freedom of expression.

Twitter has now been charged with “Provoking Communal Sentiments” as a case was filed against the company in the state of Uttar Pradesh over Tweets on an assault that the police say attempted to incite communal trouble.

In a First Information Report, the company has been accused of not removing misleading content linked to the alleged assault on an elderly Muslim man. The police FIR charges Twitter and many journalists for inciting communal sentiments with certain posts related to the incident.

Major social media platforms such as Google, Facebook, Telegram, LinkedIn etc have either fully or partially complied with the new rules. WhatsApp has also agreed, even though it filed a lawsuit against the rules.