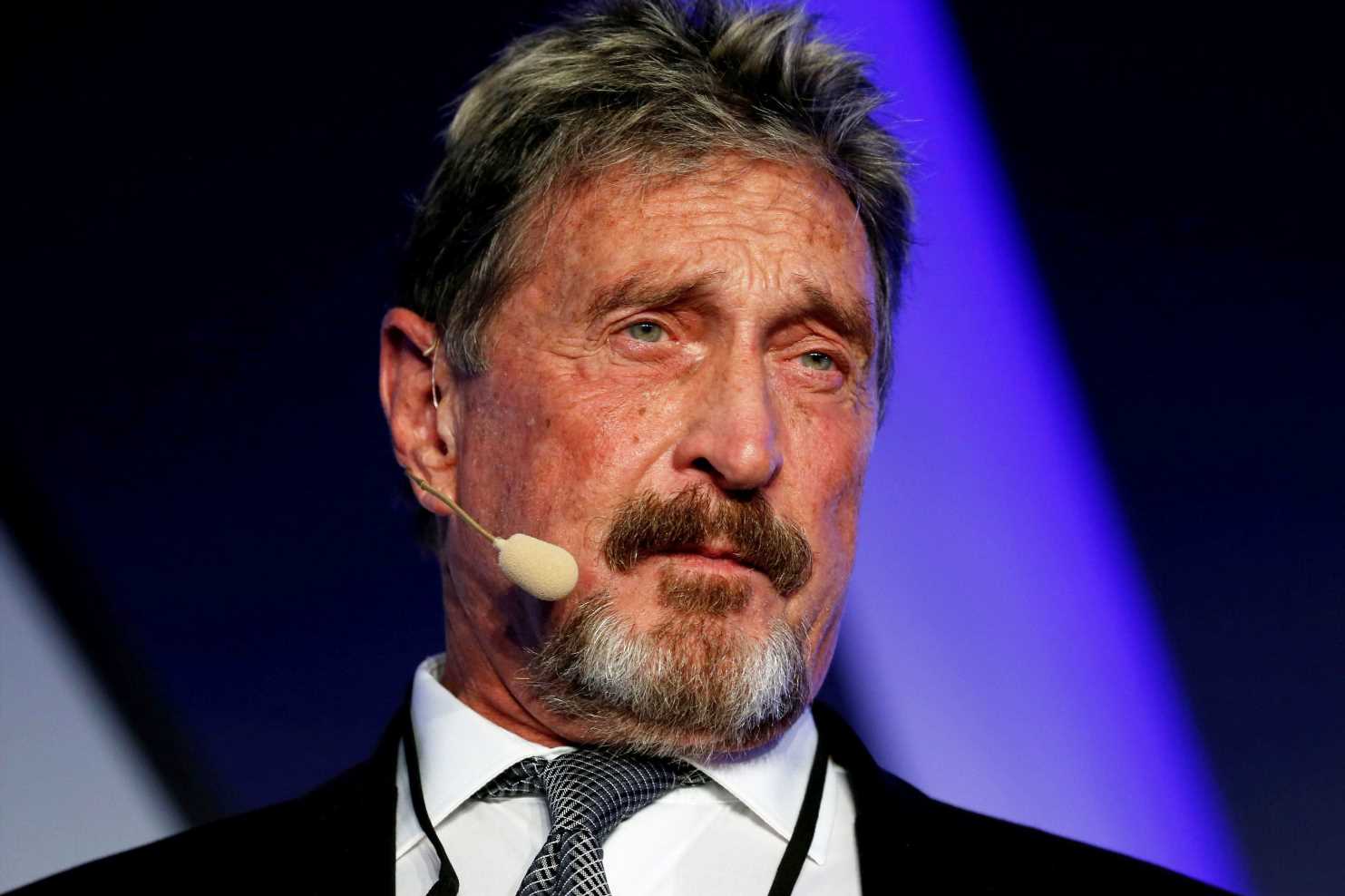 The Spanish newspaper El Mundo first reported that the Catalan Justice Department had said McAfee, 75, died within hours of the extradition ruling.

The Spanish newspaper El Mundo, citing the Catalan Justice Department, reported that the prison's medical professionals attempted to resuscitate him. McAfee was being held at the Brians 2 prison in Catalunya.

"Confirmation has come from our legal team in Spain that John was found dead in his jail cell," said Nishan Sanan, McAfee's lawyer in Chicago. "I am saddened to hear of the events and my prayers go out to his wife Janice."

"John was and will always be remembered as a fighter," Sanan said. "He tried to love this country but the U.S. Government made his existence impossible. They tried to erase him but they failed."

McAfee had the right to appeal his extradition, which ultimately needed final approval from Spain's Cabinet.

But he could no longer tolerate being kept locked up, according to Javier Villalba, his lawyer in Spain.

"This is the result of a cruel system that had no reason to keep this man in jail for so long," Villalba told Reuters.

McAfee's death in custody echoes that of Jeffrey Epstein, the accused child sex trafficker and multi-millionaire investor who died in a federal jail in Manhattan in August 2019 from what officials have said was a suicide by hanging.

McAfee's own father, who has been described as an abusive alcoholic, reportedly shot himself to death when McAfee was 15 years old.

McAfee was arrested last October at the international airport in Barcelona on the tax evasion charges, which are pending in federal court in Tennessee, and which carry a maximum possible sentence of 30 years in prison.

He had been held in jail in Spain since then and had sought to avoid extradition by claiming he would be politically persecuted in the United States because of his criticisms of the IRS.

On Oct. 15, after being taken into custody, McAfee tweeted:  "I am content in here. I have friends.The food is good. All is well."

"Know that if I hang myself, a la Epstein, it will be no fault of mine," he tweeted.

According to the tax evasion indictment, McAfee earned millions of dollars in income from promoting cryptocurrencies, consulting work, speaking engagements, and selling the rights to his life story for a documentary.

"From 2014 to 2018, McAfee allegedly failed to file tax returns, despite receiving considerable income from these sources," the U.S. Justice Department said in October.

McAfee, along with another man, Jimmy Watson, also was charged in Manhattan federal court in March with an alleged "pump-and-dump" scheme promoting in which allegedly bought up large quantities of cheap cryptocurrency and then promoted them online with "false and misleading tweets" to jack up their market prices.

Last week, McAfee tweeted about his criminal cases, writing, "The US believes I have hidden crypto. I wish I did but it has dissolved through the many hands of Team McAfee (your belief is not required), and my remaining assets are all seized."

"My friends evaporated through fear of association. I have nothing. Yet, I regret nothing," wrote McAfee in the tweet, which is pinned to the top of his Twitter feed.

The Securities and Exchange Commission in a civil lawsuit last October accused McAfee of making more than $23 million in undisclosed income from false and misleading cryptocurrency recommendations.

McAfee in 1994 resigned from the eponymous antivirus software company he had founded seven years previously. He later sought the Libertarian Party's presidential nomination in 2016, and again in 2020.

In 2013, he created a profane parody video explaining how users can uninstall the software.

In 2019, a federal court in Florida ordered McAfee to pay more than $25 million in damages to the estate of a Florida man named Gregory Faull, who allegedly was murdered in the nation of Belize at the direction of McAfee in 2012.

Faull owned a property along a beach next to McAfee, two of whose dogs allegedly were poisoned by Faull.

McAfee earlier had fled Belize and faked a heart attack in order to return to the United States.. He never was criminally charged in Faull's killing.