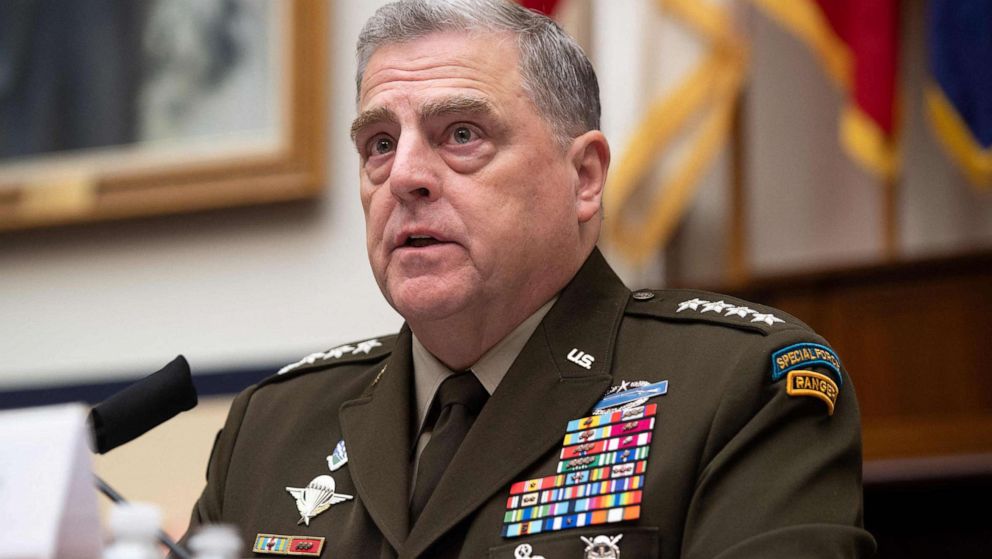 Gen. Mark Milley, the chairman of the Joint Chiefs of Staff, defended the right of West Point students to discuss race after some Republican congressmen complained that one class at the academy was recognizing critical race theory.

During a congressional budget hearing before the House Armed Services Committee on Wednesday with Milley and Defense Secretary Lloyd Austin, Rep. Michael Waltz, R-Minn., raised his concerns to the nation’s top defense officials about a seminar class at the school entitled “Understanding Whiteness and White Rage.”

Waltz alleged that the class was “taught by a woman who described the Republican Party platform as a platform of white supremacy.”

“This is going on at West Point, as we speak, to our future military leaders,” he said.

Austin said he needed more information to adequately respond to Waltz’s question but said this was “not something that the United States military is embracing and pushing and causing people to subscribe to.”

Later, Rep. Chrissy Houlahan, D-Pa., offered Milley a chance to respond to Waltz, an Army colonel in the National Guard. Milley acknowledged that he needed to learn more about the issue of critical race theory, but did not hesitate in emphasizing the need for students to learn about different opinions and viewpoints.

He then brought up the Jan. 6 insurrection on the Capitol.

“So, what is it that caused thousands of people to assault this building and try to overturn the Constitution of the United States of America? What caused that?” Milley asked. “I want to find that out. I want to maintain an open mind here and I do want to analyze it.”

“It’s important that we understand that because our soldiers, sailors, airmen, Marines, and guardians, they come from the American people,” he added. “So, it is important that the leaders, now and in the future, do understand it.”

Milley also said that it is important for students to be informed by subject matter that may be controversial.

“I’ve read Mao Tse-tung. I’ve read — I’ve read Karl Marx. I’ve read Lenin. That doesn’t make me a communist,” he said. “So, what is wrong with understanding, having some situational understanding about the country for which we are here to defend?”

“And, I personally find it offensive that we are accusing the United States military, our general officers, our commission — non-commissioned officers of being ‘woke’ or something else because we’re studying some theories that are out there,” he continued.

Milley said he respected Waltz’s service as a Green Beret but added, “I want to know and it matters to our military and the discipline and cohesion of this military, and I thank you for the opportunity to make a comment on that.”

Austin dismissed the notion that it is being officially being supported by the Pentagon or that the stand down focusing on extremism had been counterproductive.

“We don’t embrace critical race theory and I think — I think that’s a spurious conversation,” he added. “And, so we are focused on extremist behaviors and not ideology, not people’s thoughts, not people’s political orientation. Behaviors is what we’re focused on.”