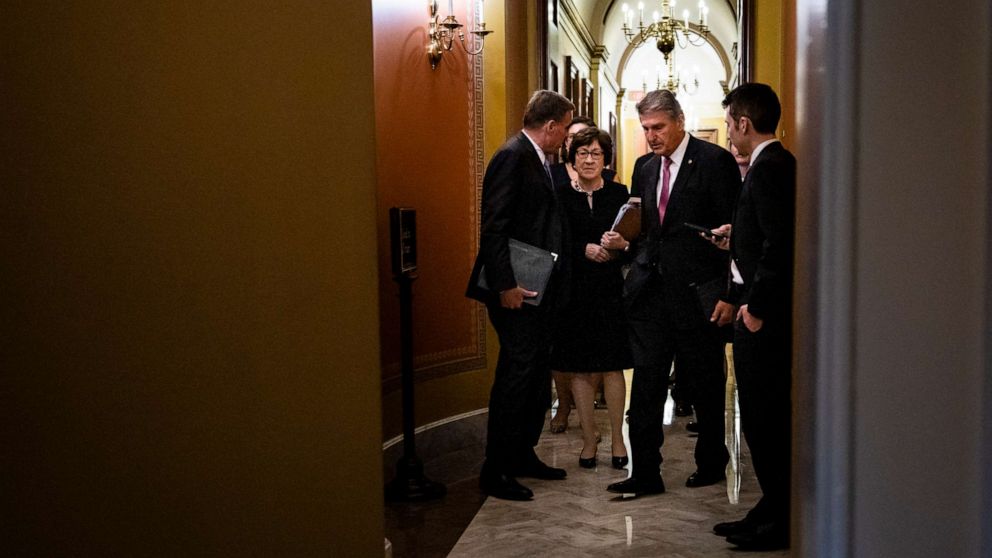 Bipartisan Senate negotiators said they are very close to a deal on a $1 trillion traditional infrastructure plan.

The pressure and effort to make a deal is palpable in the Capitol, as senators prepare to leave Washington on a two-week recess.

For more than an hour early Wednesday afternoon, senior administration officials met in a Capitol office with a bipartisan group of 10 senators attempting to hammer out a deal on “traditional” infrastructure.

At the White House Wednesday afternoon, President Joe Biden was asked how he feels about the bipartisan infrastructure deal and he hinted that it was nearing completion.

“I’ll tell you that when I get the final numbers tonight,” he said.

Later, White House press secretary Jen Psaki said in a statement that the group had made progress toward an outline of a potential agreement and that the president invited the group to discuss it in person on Thursday.

The group of senators and administration officials returned to the bargaining table Wednesday evening.

Negotiating senators, shuttling back and forth to votes, could be seen arm in arm, joking about making the cocktail hour. The atmosphere is festive and light.

“Every time we come back, it means we’ve made some progress,” said Sen. Bill Cassidy, R-La., who said particular progress had been made on how to pay for the $1 trillion package though he offered no detail.

“We’re really close on the pay-fors,” Tester said, referring to the ways the spending will be paid for.