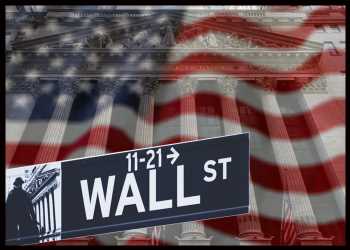 After moving notably lower last week, stocks are likely to move back to the upside in early trading on Monday. The major index futures are currently pointing to a higher open for the markets, with the Dow futures up by 182 points.

Bargain hunting may contribute to initial strength on Wall Street after the steep drop seen last Friday dragged the Dow down to its lowest closing level in well over two months.

Last week’s sell-off came amid concerns about the outlook for monetary policy after the Federal Reserve latest projections called for two interest rates hikes in 2023.

A lack of major U.S. economic data may keep some traders sidelines ahead of the release of reports on new and existing home sales, durable goods orders and personal income and spending in the coming days.

Fed Chair Jerome Powell is also scheduled to testify before the House Select Subcommittee on the Coronavirus Crisis on Tuesday.

Powell is due to discuss the Fed’s response to the pandemic but could also face questions about the outlook for monetary policy.

Following the mixed performance seen on Thursday, stocks moved mostly lower during trading on Friday. With the drop on the day, the Dow ended the session at its lowest closing level in over two months.

Meanwhile, the major European markets have moved to the upside on the day. While the German DAX Index has climbed by 0.7 percent, the French CAC 40 Index and the U.K.’s FTSE 100 Index are both up by 0.2 percent.