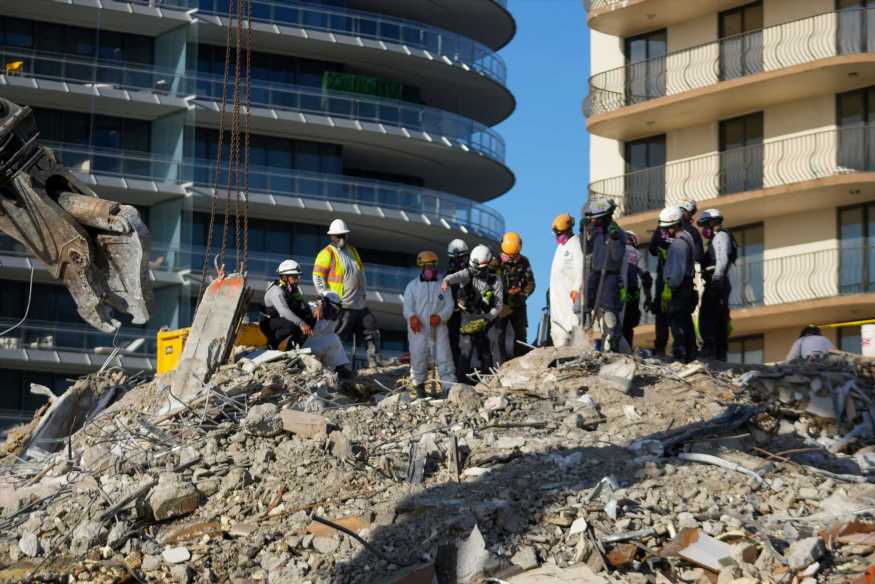 Ten more bodies were recovered from the site of the collapse of a Florida condominium building, bringing the death toll to 46, Miami-Dade County Mayor Daniella Levine Cava said in a press conference Wednesday morning.

"As the magnitude of this catastrophe continues to grow each and every day since the collapse, the community and the world are grieving," Levine Cava said.

Search and rescue teams have been able to reach areas of the pile that were inaccessible prior to the demolition of the building Sunday night, with no reported injuries to any first responders despite difficult conditions at the site, Levine Cava said.

Weather conditions have cleared up, allowing rescue teams to continue their search efforts despite initial concerns they'd have to temporarily pause work Wednesday, Levine Cava said. Forecasters downgraded Elsa from a hurricane to a tropical storm Wednesday after it made landfall along Florida's north Gulf coast.

The Division of Emergency Management has received 42 resource requests from citizens impacted by Tropical Storm Elsa, with over 26,000 experiencing power outages, according to Florida Lt. Gov. Jeanette Nuñez

More than 10,000 personnel are prepared to respond to these outages and provide resources such as water, food and generators, Nuñez added.

The cause of the collapse of the condominium building is still unknown.

Recent evidence reveals that the 40-year-old building had shown signs of structural damage as far back as 2018, with waterproofing issues beneath the pool and cracking in the underground parking garage.