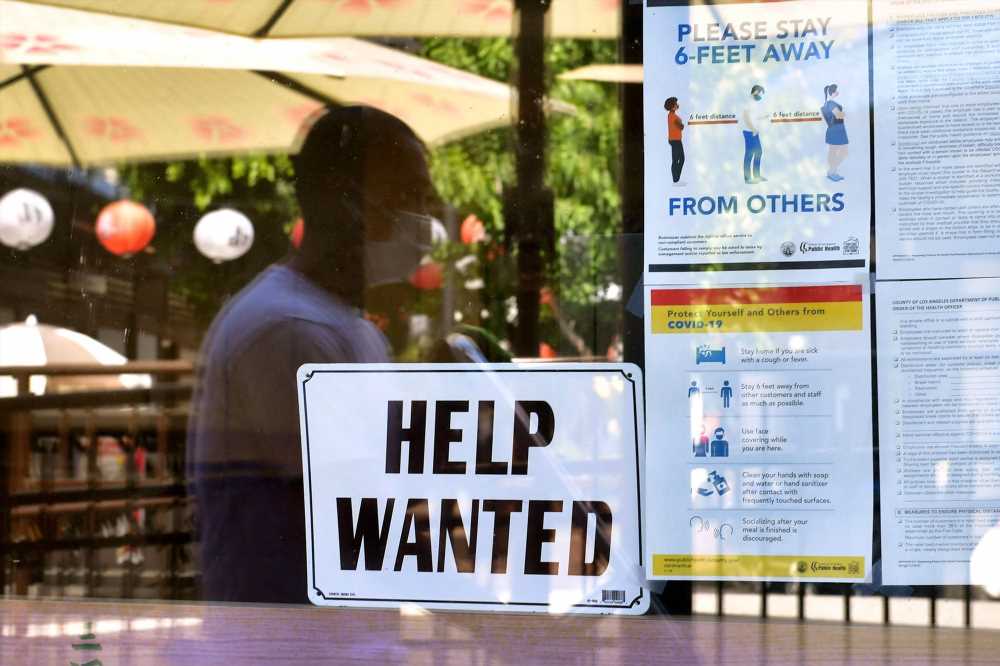 Biden updates Reagan’s ‘morning in America’: It’s ‘afternoon’ and ‘sun is coming out’

More than 1.8 million unemployed Americans have turned down jobs over the course of the pandemic because of the generosity of unemployment insurance benefits, according to a poll published Wednesday by Morning Consult.

Of those surveyed who were actively collecting unemployment benefits, 29 percent said they had turned down job offers during the pandemic, according to the poll.

And among the group who said they had passed on a job, 45 percent cited the generosity of the benefits “as a major reason why they did not accept the job offer.”

The findings are based on Morning Consult’s survey of a representative sample of 5,000 US adults from June 22 to June 25.

“These UI recipients possess the necessary skills and experience to be offered a job in the current economy and had some level of contact with prior employers or actively applied to positions at some point during the pandemic,” John Leer, Morning Consult’s chief economist, said in a note.

“While health care concerns and childcare obligations are a barrier to many unemployed workers accepting jobs, these workers acknowledge that they would be employed in the absence of unemployment benefits,” he added.

The figure applies to out-of-work Americans who were receiving any unemployment benefits, including traditional state unemployment as well as the federal emergency benefits that doled out an extra $300 per week and are set to end in September.

Those federal unemployment benefits became a sticking point for business owners, Republicans and many economists this spring as job growth failed to meet expectations amid the economic reopening, leading to a labor shortage.

Critics said the additional unemployment benefits added up to more than what businesses could pay and kept workers on the sidelines while businesses went understaffed.

According to Morning Consult’s poll, 56 percent of those on unemployment said their prior income was better at covering expenses, but 23 percent and 21 percent said the unemployment checks were better or just as good as their previous pay.

At least 26 states have announced that they will pull out of the federal unemployment benefits program early to encourage a return to work, though some of those moves have been held up in court.

Leer, Morning Consult’s economist, noted that the slower-than-expected job rebound is not “exclusively attributable to the generosity of unemployment benefits.”

“Rather, a range of factors, in addition to unemployment benefits, contributed to slower-than-expected job creation earlier this year,” he added.

And he added that it’s not clear abruptly ending the federal unemployment benefits program would be a net positive.

“While more are likely to become employed as a result of expiring unemployment benefits, the transition toward income-driven spending carries its own set of economic risks.”