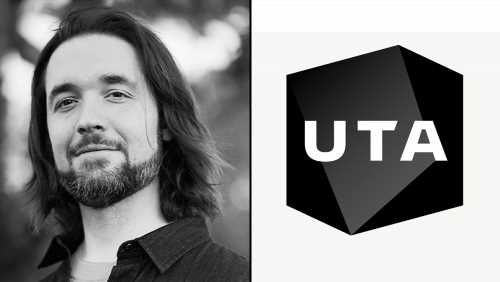 UTA has signed Alexis Ohanian, founder of Seven Seven Six and former executive chairman of Reddit, in all areas.

Ohanian, who is married to tennis star Serena Williams, co-founded Reddit, which was funded by Y Combinator in 2005 and then sold the next year to Condé Nast. Ohanian returned in 2014 to help run the company, which has recently been valued at more than $6 billion.

In 2016, Ohanian left Reddit to lead Initialized Capital, a venture firm he co-founded. It made early investments in companies like Coinbase, Opendoor, Instacart, Patreon, and Ro.

Last year, amid a widespread reckoning with racial injustice, he resigned from Reddit’s board, recommending that his spot be filled with a Black director. He also left his role at Initialized Capital to launch Seven Seven Six, a new, software-enabled venture firm with a community dimension to its mission.

As an advocate for paid family leave, Ohanian has lobbied on Capitol Hill, penned a New York Times opinion piece, and launched the Business Dad podcast. He also wrote the national bestselling book, Without Their Permission, and has been a vocal advocate for the open internet and STEM education. He is also the lead founding investor in the LA-based professional women’s soccer team, Angel City Football Club.

“I look forward to working with UTA to amplify the content we are creating at Seven Seven Six from our work funding the next generation of great entrepreneurs,” Ohanian said.

“Alexis is one of the most impactful and influential entrepreneurs, investors and thought leaders in the world today,” said UTA Partner & Head of Culture and Leadership Darnell Strom. “We are excited to work with him, help expand his platform across multiple verticals and support future business leaders who are being cultivated by Seven Seven Six.”