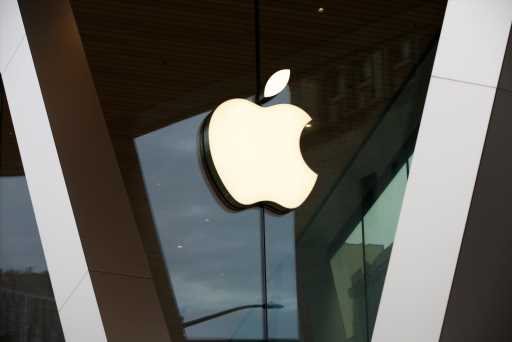 For the period ending June 30, the tech giant reported revenue of $81.4 billion, up 36%, with earnings per diluted share of $1.30. Both numbers were significantly better than analysts’ expectations of $73.3 billion in revenue and earnings of $1.01, according to Refinitiv.

Like other tech players, Apple has been coping with worldwide chip shortages, and CEO Tim Cook had warned investors to expect a slowdown in iPhone sales in the third quarter. Despite that splash of cold water, sales of iPhones reached $39.6 billion in the period. Apple has recently expanded its line of iPhones to add 5G capability via Qualcomm chips and also has added high-end “pro” versions of the handsets.

Reaction to the better-than-anticipated numbers didn’t budge the company’s stock in after-hours trading.

“This quarter, our teams built on a period of unmatched innovation by sharing powerful new products with our users, at a time when using technology to connect people everywhere has never been more important,” Cook said in the company’s earnings release.

Apple has recently created a number of bundles, enabling consumers to group together subscriptions to streaming, data, music and other services. Subscriptions in the quarter totaled 700 million, up from 660 million in the previous quarter. The company has never broken out any numbers for individual services like Apple TV+, which launched in November 2019.

Some Wall Street voices have expressed concern about a pending verdict in a lawsuit filed by Fortnite maker Epic Games. A negative ruling could put a squeeze on the so-called “Apple tax,” i.e. the share of sales the company takes on transactions occurring in its App Store. On the other side of the ledger, in the second part of 2021, is the 13th iteration of the iPhone. Reports have indicated better-than-expected guidance from the company to its suppliers, which suggests strong results down the line.