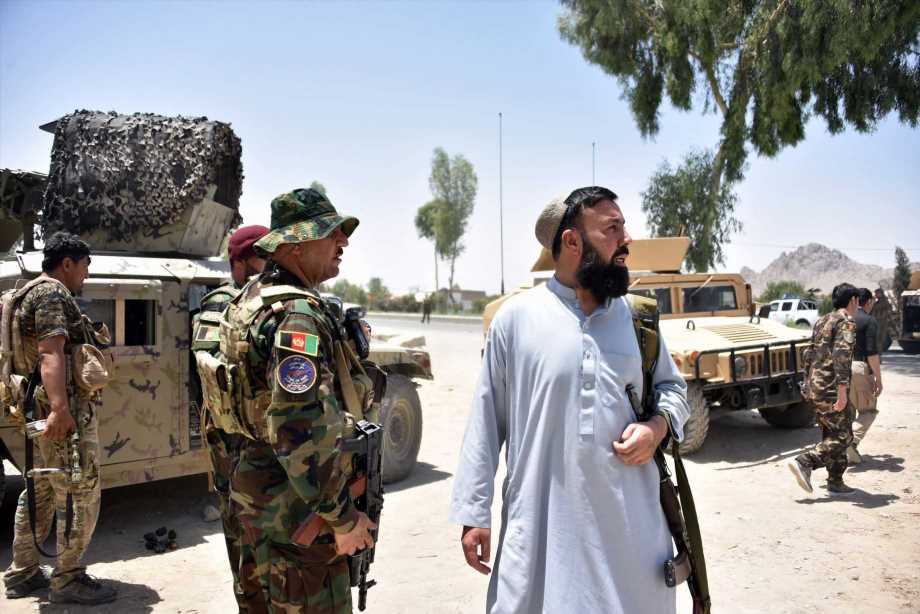 Civilian casualties in Afghanistan reached record level highs in the first half of 2021, as U.S. and coalition forces began withdrawing from the war-torn nation, according to a United Nations report released on Monday.

A major spike in casualties started in May, when the withdrawal began in earnest and the Islamist Taliban made advances to seize more territory, the report said.

The report found a 47% increase in the number of civilians killed and injured across Afghanistan in the first six months of this year, compared to the same period in 2020.

There were 2,392 civilian casualties recorded in May and June, almost as high as the combined total of 2,791 from the four previous months. The major jump in casualties was around the same time international troops began to leave the country and the Taliban stepped up their military operations.

"I implore the Taliban and Afghan leaders to take heed of the conflict's grim and chilling trajectory and its devastating impact on civilians," said Deborah Lyons, the U.N. secretary-general's special representative for Afghanistan, in a statement accompanying the report.

"The report provides a clear warning that unprecedented numbers of Afghan civilians will perish and be maimed this year if the increasing violence is not stemmed," Lyons added.

The report comes as the Biden administration nears the end of its withdrawal of U.S. forces from Afghanistan, and as the Taliban makes stunning advances on rural provinces in the war-torn country.

While most of the report's recorded casualties occurred outside of cities in Afghanistan, the number of dead and wounded is likely to climb as the Taliban's attacks move into urban areas, according to the report.

The report also said that 32% of the casualties were children and 14% were women, both record highs.

For the first time, no casualties were attributed to international military action during the first half of 2021, according to the report. Instead, the violence has "taken on a distinctly Afghan fighting Afghan character."

The main cause of civilian casualties was improvised explosive devices by opposition forces, followed by ground engagements between parties, targeted killings by non-state groups and airstrikes by the Afghan Air Force, according to the report.

Lyons urged Taliban and Afghan leaders to find a way to end the violence.

"Stop the Afghan-against-Afghan fighting. Protect the Afghan people and give them hope for a better future," she said in the statement.

The report noted that the U.S. and NATO withdrawal from the country is more than 95% complete and is set to finish by August 31.

Until the withdrawal is finished, the U.S. continues to support Afghan forces with combat aircraft. On Thursday, the U.S. launched overnight airstrikes against Taliban targets.

The Biden administration is also moving forward with plans to evacuate Afghans who aided the U.S. and NATO coalition forces during the war. Thousands of them are waiting for approvals for their special immigrant visa applications and may face retribution from the Taliban for their roles in the war.

The U.S. is working with allies to secure several overseas locations for approximately 4,000 Afghan nationals and their families to relocate while their applications are processed.