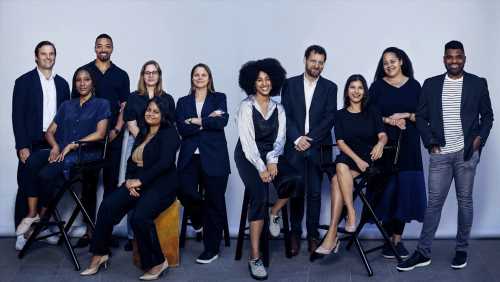 Joe Paulsen has been named Head of Business and Strategy. Dan Fierman will lead the company’s podcast projects as Head of Audio and will be joined by Creative Director, Anna Holmes. The two oversaw the launch of The Michelle Obama Podcast, which became the most listened to Spotify Original to date, as well as Renegades: Born in the USA, and the recently released Tell Them, I Am. Mark R. Wright joins the team as Vice President of Film and Television. He will concentrate on scripted feature films and will report to Head of Film and Television, Tonia Davis.

Priya Swaminathan is stepping down from her role as Co-Head of Film and Television later this summer.

“We are so grateful to Priya for her tremendous impact at Higher Ground these past few years,” the Obamas said. “From her work on American Factory and Crip Camp to launching our kids and family programs Waffles + Mochi, We The People, and everything in between, her work has laid a remarkable foundation for the future of Higher Ground.”

“We started Higher Ground because we wanted to tell stories that not only entertain, but also inform and inspire. We are so proud of the work this team has done in just a few short years. This talented leadership team at Higher Ground will continue to bring fresh perspectives, compelling characters, and a healthy dose of inspiration to all of our projects.”

The first hire the Obamas made, Swaminathan has been an integral part of building Higher Ground. Alongside Davis, she shepherded the Oscar®-winning American Factory and Oscar-nominated Crip Camp.

“Working alongside Tonia and the Higher Ground team has been a life-changing experience,” Swaminathan said. “President and Mrs. Obama are inspiring leaders who push all of us to challenge the status quo, to be tenacious and empathic in everything we do, and to invest in the people we work with as much as the stories we have the privilege of telling. I am honored to have been a part of this family and can’t wait to see what stories they tell next.”

Formerly Special Assistant to the President at The White House and Deputy Chief of Staff to the former president, Paulsen has worked with the Obamas since the earliest days of the campaign in 2007. He has overseen the creation of Higher Ground since its inception.

Fierman is a veteran media executive, most recently serving as president of Epic Media in Los Angeles, leading the rapidly growing media start-up to acquisition by Vox Media in 2019. Prior to his time at Epic, Fierman led news coverage at MTV, where he oversaw all linear, digital, and social coverage of the 2016 election. He was the Editorial Director of the groundbreaking sports and pop culture site Grantland, and previously oversaw culture and special packages at GQ.

Holmes is an award-winning editor, writer, and creative executive whose work has appeared in numerous publications, including The New York Times, The Atlantic and The New Yorker. The founder of Jezebel.com, she most recently worked as the Editorial Director of Topic Studios’ magazine Topic.com, where she oversaw the brand’s video shorts and series and led a team that garnered multiple accolades, including 1 Oscar nomination, 1 Emmy nomination, and 2 National Magazine Awards (Ellies). Topic’s win of 2 Ellies made Anna the third Black magazine editor to ever be presented with the honor.

Wright is a producer whose creative focus is championing inventive and genre-bending narratives with people of color at the center. His goal is to expand the range of images people of color have historically been limited to within the traditional media landscape. Prior to joining Higher Ground, Wright was an executive at MACRO, where he developed and produced Juel Taylor’s directorial debut, They Cloned Tyrone. His slate of projects also included the Oscar-winning film Judas and the Black Messiah, Alan Yang’s Tigertail, Birth of Cool  and Raising Dion among others.