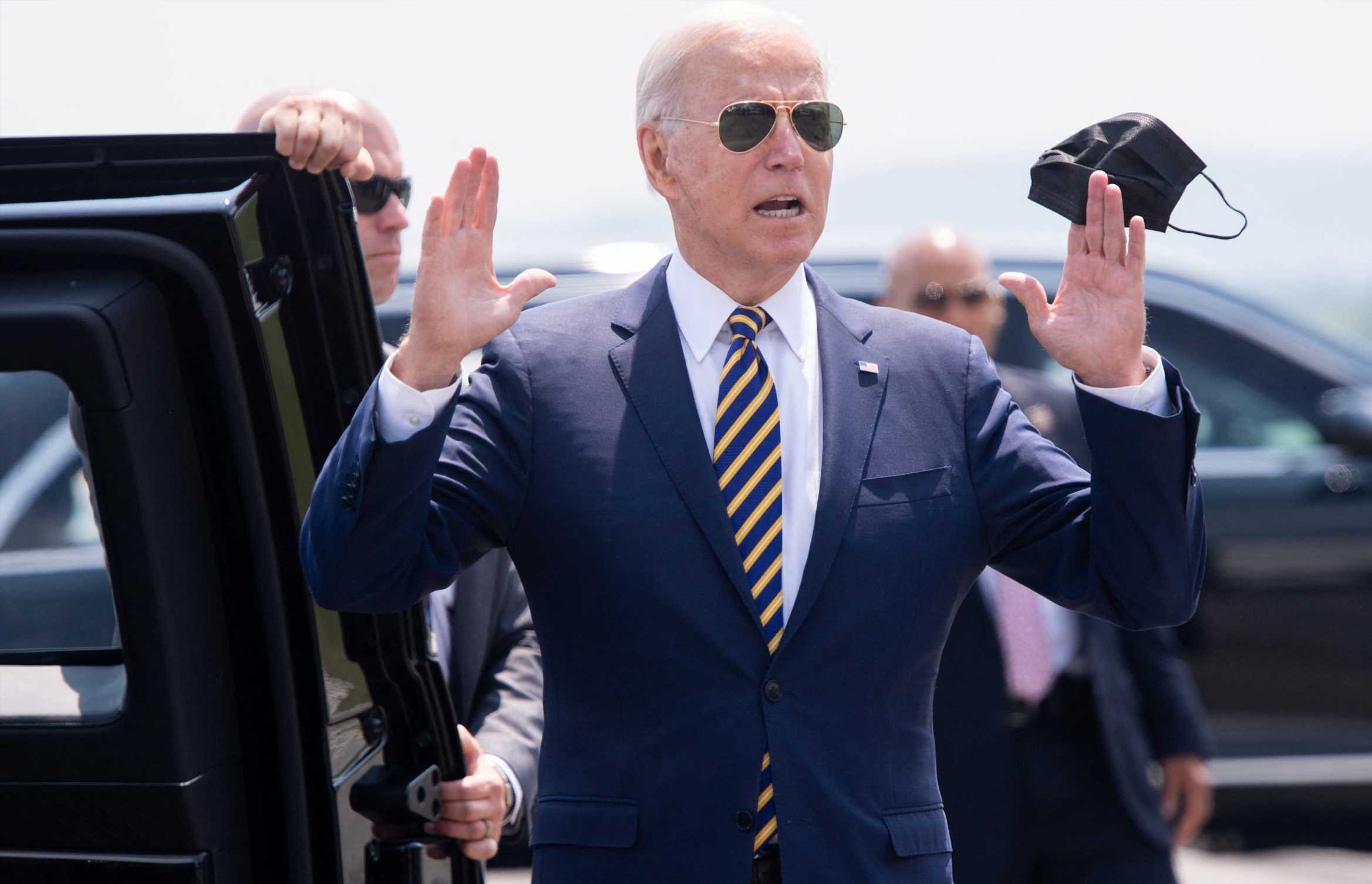 Federal workers will be required to prove their coronavirus vaccination status or submit to a series of rigorous safety protocols, President Joe Biden announced Thursday as his administration prepares for an expected surge in infections.

Biden also detailed a number of other steps aimed at persuading more people to get inoculated — including calling on state and local governments to give out $100 prizes to those who get their shots.

The president unveiled the new measures in an impassioned speech that made a direct appeal to those who are still wary of the vaccines.

"This is an American tragedy. People are dying, and will die, who don't have to die," Biden said in the East Room of the White House.

"This is not about red states and blue states. It's literally about life and death," Biden said. "With freedom comes responsibility. Your decision to be unvaccinated impacts someone else."

The new rules and perks come as officials at all levels of government struggle to bolster Covid vaccination rates that have flattened out in recent weeks, even as the highly transmissible delta variant spreads nationwide.

Some state and regional leaders have already put new vaccine protocols in place. California and New York announced earlier this week that they will require most state employees to either get vaccinated or face mandatory weekly Covid testing.

Washington, D.C., Mayor Muriel Bowser earlier Thursday reimposed a requirement that masks be worn indoors, a measure that had been lifted months earlier, when new cases and deaths from Covid were on the decline.

Some major private corporations, such as Facebook and Google, are also making vaccination mandatory in order for employees in the U.S. to return to work.

In its own buildings, the federal government is requiring that every employee and onsite contractor "attest," or confirm, their vaccination status, according to the White House.

Those who do not will be required to wear a mask on the job, regardless of their location, and must comply with Covid testing once or twice per week, the White House said.

They will also have to be physically distanced from all other employees and visitors, and they may face restrictions on official travel, according to the fact sheet.

"It's an American blessing that we have vaccines for each and every American," Biden said in the speech Thursday afternoon. "It's such a shame to squander that blessing."

The president in May had also proclaimed that, "If you've been vaccinated, you don't have to wear your mask."

But after the Centers for Disease Control and Prevention reversed its guidance on wearing masks indoors, Biden, who is fully vaccinated, said he would follow the agency's recommendations.