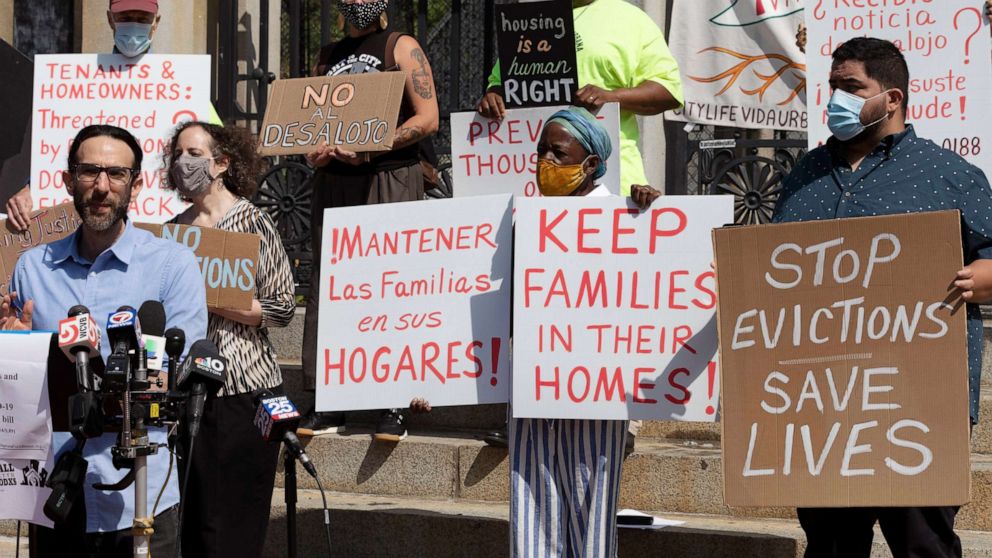 House Democrats’ attempt to pass an extension of the eviction moratorium via unanimous consent request failed late Friday ahead of a six-week recess. The moratorium will end Saturday.

The measure was objected to by Republicans, none of whom supported the bid.

“We are proud and pleased that, overwhelmingly, House Democrats have understood the hardship caused by rental evictions and support extending the eviction moratorium to October 18, 2021,” House Speaker Nancy Pelosi, Majority Leader Steny Hoyer and Whip James E. Clyburn said in a joint statement after the failed bid. “Unfortunately, not a single Republican would support this measure.”

The eleventh-hour attempt to pass an extension came after hours of delay as leaders tried to scramble support for the extension.

In a letter to colleagues earlier Friday, Pelosi said the October date would align with the public health emergency declaration that was issued by the Department of Health and Human Services.

Previously, Democrats had floated extending the moratorium through the end of the year, but some moderates had complained that the timeframe was too long.

“Congress has the power to direct the CDC to extend the eviction moratorium, as we encourage state and local governments to distribute the money that we allocated,” Pelosi wrote.

CDC Director Rochelle Walensky noted in a statement last month that the July extension would be the final one.

Pelosi also called on states and localities to distribute the Congress-approved rental assistance, of which there is more than $40 billion remaining in the pot.

Progressives lashed out at the White House and party leaders for their failed last-minute scramble to extend the eviction moratorium.

“Everybody knew this was happening. We were sounding the alarm about this issue,” Rep. Alexandria Ocasio Cortez, D-N.Y., told reporters in a gaggle outside Pelosi’s office. She was joined by Rep. Cori Bush, D-Mo., who has been outspoken about the time she spent homeless in pushing for the extension of the moratorium.

“The fact that the [White House] statement came out just yesterday is unacceptable. It is unacceptable,” she said. “I want to make that very clear, because the excuses that we’ve been hearing about it, I do not accept them.”

White House press secretary Jen Psaki said in a statement Thursday, “Given the recent spread of the Delta variant, including among those Americans both most likely to face evictions and lacking vaccinations, President Biden would have strongly supported a decision by the CDC to further extend this eviction moratorium to protect renters at this moment of heightened vulnerability.”

Pelosi told reporters Friday following the defeat that the extension of the eviction moratorium failed in part due to the last-minute notice from the White House about the need for Congress to fix the issue with legislation.

“Really, we only learned about this yesterday. Not really enough time to socialize it within our caucus to build … the consensus necessary,” Pelosi said. “We’ve had beautiful conversations with our members … when it comes, though, to the technicalities of legislation, we just need more time.”

Hoyer added, “There were obviously some concerns about landlords getting payments, as well as the renters.”

Hoyer said an “overwhelming number” of Democrats wanted to pass the extension, but some had concerns about getting payments to landlords who have not been able to enforce rent collections.

“This is really so unfair” to the landlords, housing providers, as well as renters, Pelosi added.

Pelosi warned that further legislative action is possible in August.