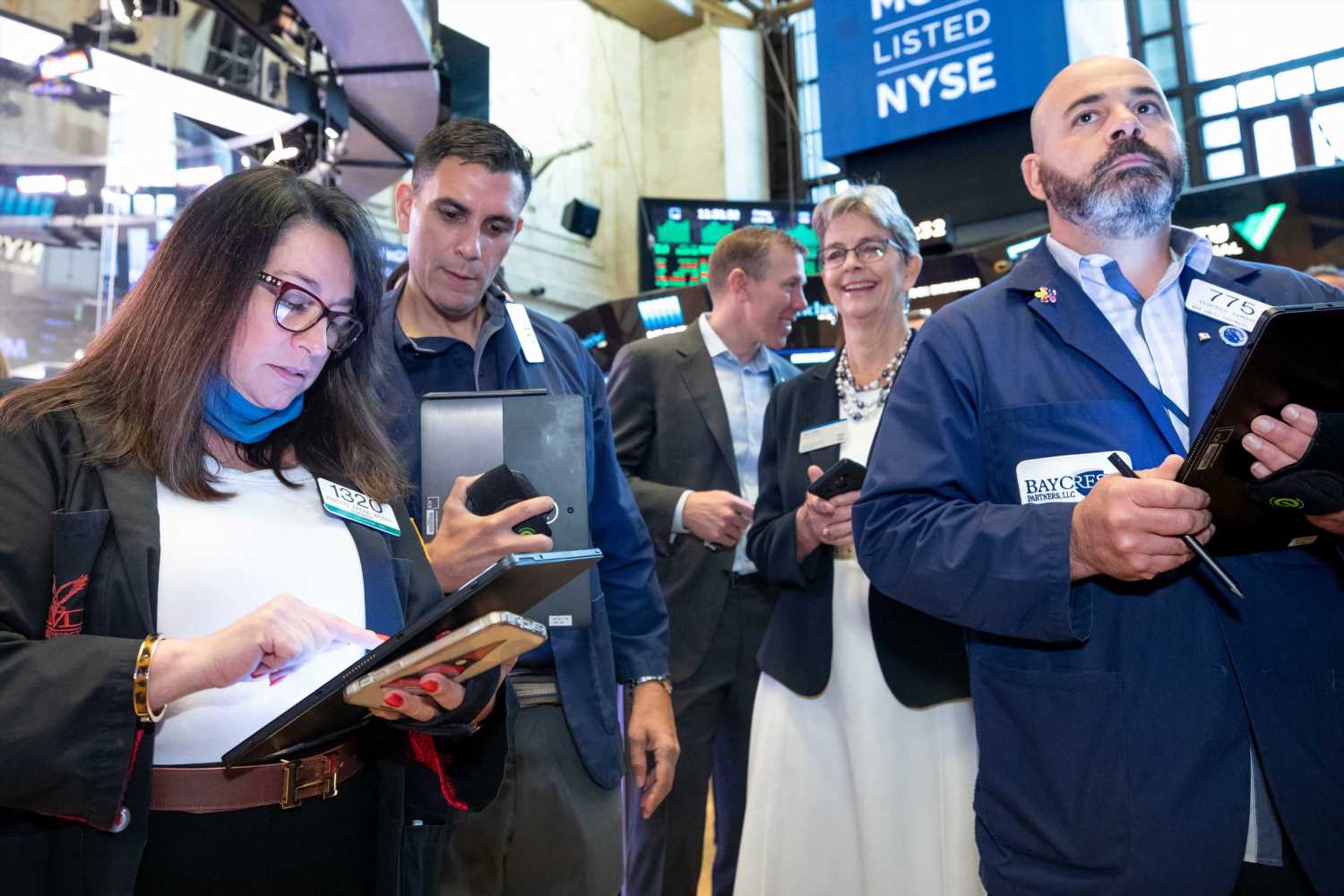 Friday's jobs report could be a catalyst that helps determine whether markets are volatile or will trade like it's the quiet dog days of August.

More than a quarter of the S&P 500 report earnings in the coming week. The calendar includes companies in sectors such as consumer staples, insurance, pharma, travel and media. From Booking Holdings to ViacomCBS, Wayfair, and Kellogg, investors will be watching to see what companies say about reopening activity, supply chain disruptions and rising costs.

"I think as much as 85% of the companies which are reporting earnings mentioned inflation on their earnings calls," said Sonal Desai, chief investment officer of Franklin Templeton Fixed Income. "Inflation may not be a problem to policymakers and financial markets, which seem not to be concerned at all. It does seem to bother the people who have to buy stuff or people who produce stuff."

The Federal Reserve has said the sharp jump in inflation is just temporary, and many investors appear to be taking it in stride for now. The market is intensely focused on the central bank's other mandate: the labor market. Fed Chairman Jerome Powell this past week said he would like to see strong jobs reports before winding down the central bank's $120 billion a month bond-buying program.

The U.S. Bureau of Labor Statistics will release the July employment report on the morning of Friday, Aug. 6. It's expected to show 788,000 nonfarm payrolls, down from 850,000 in June. The unemployment rate is expected to dip to 5.7% from 5.9%. Average hourly wages are expected to rise 3.9% year over year.

Barry Knapp, director of research at Ironsides Macroeconomics, said he expects the next two monthly jobs reports will be strong, and the Fed should then be ready to announce at its September meeting that it is ready to begin the slow unwind of its bond purchasing program.

That is an important step since it would be the first real move away from the central bank's easy policies that were put in place in the pandemic. It would also mean the Fed would be open to raising interest rates once the tapering is completed.

"Friday could be a game changer," Knapp said of the employment report. Before that, he expects stocks to trade in a narrow range.

If the number of jobs added in July is much higher than expected, at more than 1 million, Knapp said the market could immediately sell off on the idea the Fed would be ready to pare back its bond purchases.

If the number is weaker than expected, the market could rally. "We are in a dead period after earnings, with concerns about the pace of the reopening. It's still a bit of a question mark. The bias would be higher after a weak number… Bad is good. Good is bad," said Knapp.

Like some other strategists, he expects to see a stock market correction, possibly later this summer.

"I'm in the camp where I think we're going to have our first major correction." Knapp said. "What we're likely to get is at least 10% or more… It could really happen when they [Fed officials] make the announcement in September."

Luke Tilley, chief economist at Wilmington Trust, said he expects just 350,000 jobs, based on the high frequency data he watches.

"We think the run rate is about 500,000 jobs. Last month seems a little bit overcooked," he said.

Cyclical stocks were among the best performers in the past week. Materials jumped 2.8%, and energy shares were up 1.4%. Financials gained 0.7%. But tech fell 0.7%.

Knapp said it now makes sense to hold stocks that are in the reflation trade, such as energy, industrials or materials.

The surge in the delta variant of the coronavirus has become a worry among investors and has been a factor holding down interest rates. The 10-year yield, which moves opposite price, has held at low levels and was at 1.22% Friday, on some concern that the variant could slow growth.

Investors will be watching other important data in the coming week, including the Institute for Supply Management's manufacturing data Monday, and jobless claims and trade data Thursday.

China was also a dominant market story in the past week and could continue to be. Hong Kong's Hang Seng Index fell 5% for the week. Chinese regulators continued their crackdown on internet companies, publicly traded education companies and other industries.

Strategists say Beijing is trying to reclaim its biggest companies as its own and turn them away from listings in foreign markets. Officials were particularly upset with Didi which reportedly went public even after being warned not to by Beijing.

Chinese regulators reportedly spoke with international banks after their actions sparked a wave of selling in internet stocks and the broader Chinese stock market. The regulators said companies could continue to go public in the U.S. if they met listing requirements.

"We will continue to see regulators try to calm the waters. I would say this was a communications misstep," said Franklin Templeton's Desai. "You don't have massive swings without having negative impact." She added it sent ripples through emerging markets.

"This is China trying to gain control, and they tried to do it in a very heavy way, and they were surprised at the backlash," Desai said.

The KraneShares CSI China Internet ETF has lost about half its value from its peak in February, and was down another 2.5% Friday.

Internet retailer Alibaba is one of the ETF's top holdings. The company is expected to announce earnings on Tuesday.