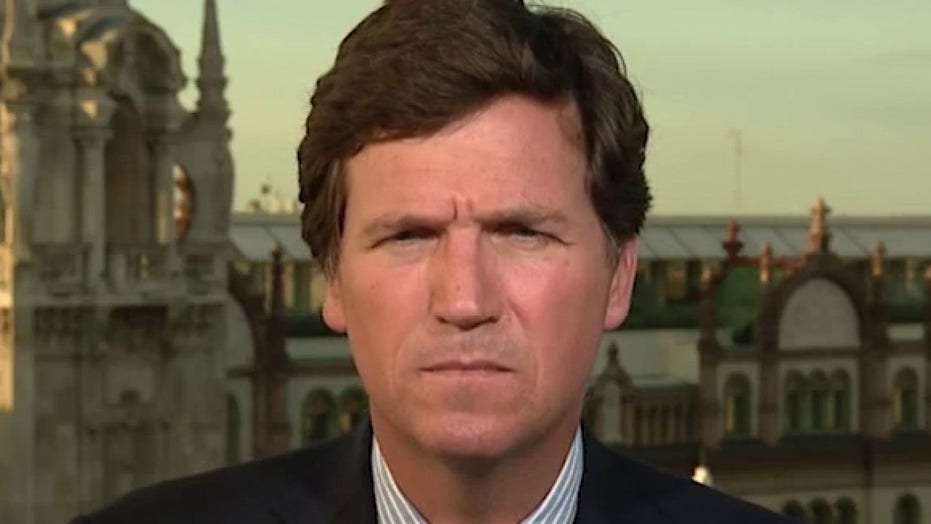 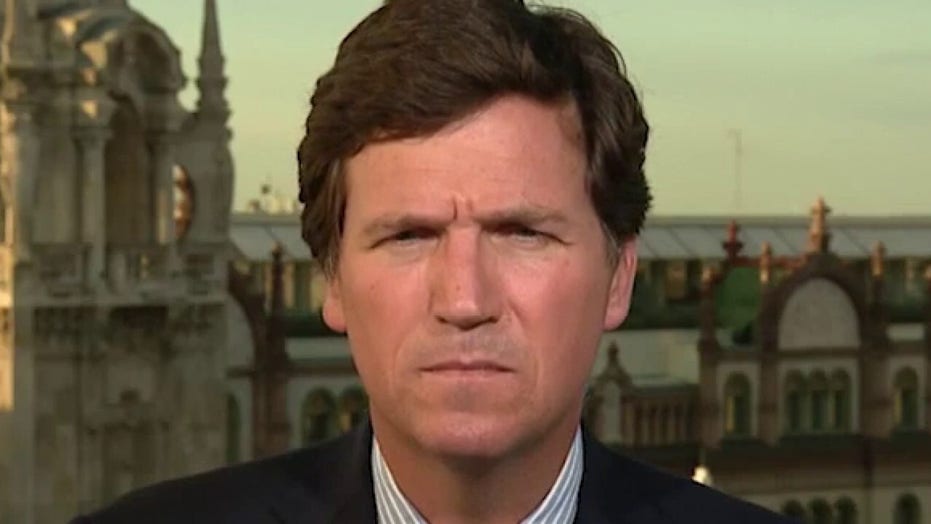 Last summer, as the COVID pandemic raged throughout the United States, people who still read the New York Times began to notice something very strange happening at the paper. Hundreds of articles that had appeared there, going back nearly a decade, suddenly vanished, they disappeared. There was no way to find them. Nothing like this had ever happened. The New York Times considers itself–very self-consciously– a living historical record. The paper maintains meticulous, searchable archives going back to 1851. Yet last August, a huge number of articles just disappeared.  What was in them? We know the answer because a handful of history-minded readers preserved them when they were in print.  Every one of them was a propaganda piece paid for by the Chinese Communist Party, designed to look like a news article.

One of them reads “China Watch: Diaoyu Islands Belong to China.” That’s the headline. Why would the New York Times, America’s paper of record, print propaganda’s from a totalitarian regime and pretend it was a news article? For money. Financial filings show The Times made more than $100,000 a month from this garbage. Those payments weren’t disclosed at the time, they were hidden from New York Times readers; they were only uncovered after the fact by The Washington Free Beacon. And the Times wasn’t the only news organization taking money from the Chinese Communist Party.

Since 2016, the Chinese government paid $20 million to outlets like The Los Angeles Times, the Chicago Tribune, and The Washington Post. Twitter, which now operates as a publisher, also received checks from the Chinese government totaling hundreds of thousands of dollars. These arrangements, as we said, continued for years. Then, last summer, they stopped abruptly.

The New York Times tried to hide the evidence that it ever happened. Why? The Times won’t say when we asked. “We do not discuss revenue beyond what is our quarterly earnings reports,” a spokesman told us this morning. So, we kept looking.

But first, here’s some context for what the New York Times did: This is what mainstream news coverage in this country looked like for most of last year. See if you can tell the difference between this and what you’d see on Chinese state television:

JIM ACOSTA, CNN CORRESPONDENT: The President referred to the coronavirus as a “foreign virus.” And I think it’s going to smack — it’s going to come across to a lot of Americans as smacking of xenophobia.

JOHN HEILEMAN, MSNBC CONTRIBUTOR: Xenophobic wartime Trump. Where he thinks the only path now is to basically declare the virus public enemy number one, paint it in somewhat racist terms.

KARINE JEAN PIERRE, MSNBC CONTRIBUTOR: The xenophobia and racism in the outbreak is such a common thing…It is incredibly dangerous. It is problematic, and it is scary. I just want to call that out.

TRUMP: It’s not racist at all. No, not at all. It comes from China, that’s why.

So as this virus emerged from central China to kill Americans in huge numbers and people throughout the west, news organizations in this country made the same aggressively pro-china noises. Almost all of them. Politico hired a full-time China shill called David Wertime to write articles with headlines like this: “The verdict is in: China has outperformed, while the once-respected American system has disastrously faltered.” 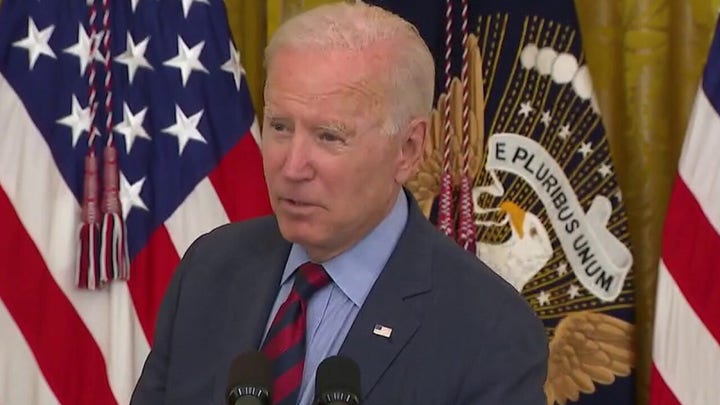 Once again, you wonder how this is different from what the Chinese would write about themselves? It’s not different. The American media were especially hysterical on the question of where the coronavirus came from.

Under no circumstances were you allowed to entertain the possibility the virus – COVID-19 – could have come from a lab in Wuhan, China. That was a “conspiracy theory.” All of this is from early 2020:

ERIN BURNETT, CNN MARCH 26: Former CDC director, Robert Redfield, told our own Sanjay Gupta in a new CNN documentary, that he believes COVID-19 originated from a lab in Wuhan, even though, obviously, there has been no formal evidence to support the theory.

SCOTT GOTTLIEB, CBS MARCH 28: You know, the lab-leak theory doesn’t seem like a plausible theory unless you aggregate the biggest collection of coronaviruses and put them in a lab

ALI VELSHI, MSNBC MAY 4, 2020: The theory that the virus originated in a lab in Wuhan, China. But tonight Dr. Anthony Fauci tells national geographic that, “This virus could not have been artificially or deliberately manipulated.”

CHRIS HAYES: MAY 4, 2020: Both scientists and U.S. intelligence agree, that this virus was not man-made. That is not a possibility it came from a natural source, it didn’t come from a lab…A lot of people on the right love that phrase “escape from the lab” because it sounds like something from a Marvel movie or comic book. It sounds like they are talking about a man-made virus that China was weaponizing that got out of control.

So the Rachel Maddow impersonator didn’t believe it. But it wasn’t just dumb people on cable news. That was Anthony Fauci, who was in charge of the U.S. government’s COVID response. That was Scott Gottlieb who ran the FDA. These are people in positions of authority, who are respected as scientists, whose word carries great moral weight, and they all lied. The New York Times led the way on this.  A recent piece on Unheard.com deconstructs the paper’s role in the propaganda effort on behalf of China. Beginning in the winter of last year, at the very beginning of the outbreak, The Times confidently dismissed the lab-leak hypothesis as, “fringe theory.”  In other words, only lunatics believe it.

The Times’ reporter called it, quote, “the kind of conspiracy once reserved for the tinfoil hatters.”  You’re a nutcase if you think it’s possible.

Then, a few weeks later, the paper published an op-ed by Peter Daszak — the virologist paid by Tony Fauci to experiment on bat coronaviruses. Talk about a conflict of interest.  Daszak, of course, denied the virus could have come from the lab he was funding. He knew better.

Instead, he blamed the pandemic on, and we’re quoting, “road-building, deforestation, land clearing and agricultural development.”

In other words, he blamed it on poor people. As 2020 continued, lies like this became less and less tenable. People started noticing that a level-four virology lab, one of few in the world, in Wuhan was conducting dangerous experiments on bat coronaviruses with fewer safeguards than a typical dentists’ office has in the United States. They also noticed that Tony Fauci was helping to pay for those experiments. That’s when the Times decided it had to start deleting those articles from its archives.

Two high-level employees at The New York Times confirmed to The Spectator in London that the paper stopped any investigation into evidence the coronavirus emerged from that lab in Wuhan.

“In early 2020,” said one whistleblower, “I suggested to a senior editor at the paper that we investigate the origins of COVID-19. I was told it was dangerous to run a piece about the origins of the coronavirus. There was resistance to running anything that could suggest that [COVID-19 was manmade or had leaked accidentally from a lab].”

“It was untouchable everywhere,” another Times source told The Spectator. “The fact that Trump embraced it, of course, also made it a no-go.” According to the whistleblowers, though, the biggest factor wasn’t politics. 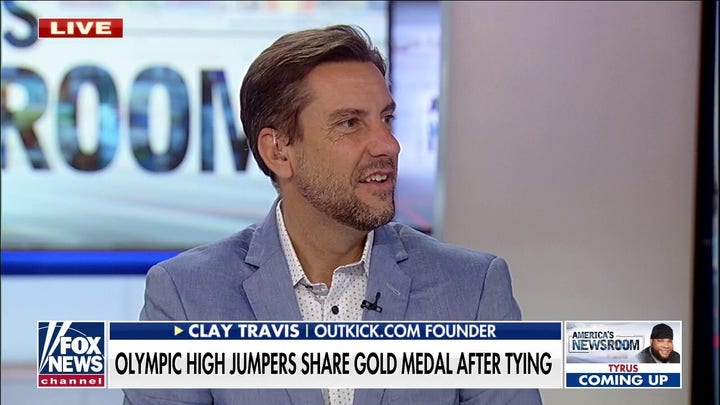 The biggest factor was that The New York Times was taking money from the Communist Chinese government. So they killed a story — which by the way, was not a conspiracy theory at all, but entirely real.

The House Foreign Affairs Committee just released a report suggesting that the coronavirus first escaped from the lab in Wuhan much earlier than we thought — way back in mid-September of  2019. Now at the time, athletes from around the world were in Wuhan completing in international games. Many of them brought COVID home with them. Why didn’t we know this until now? Because of a massive and coordinated lying campaign on behalf of the government of China. The Foreign Affairs Committee identifies Peter Daszak — who by the way is still used by the Washington Post as an authority on COVID’s origins. They described him as “the public face of a Chinese Communist Party disinformation campaign designed to suppress public discussion about a potential lab-leak.”

The committee discovered evidence that the Wuhan Institute of Virology sought bids for two contracts in September 2019, around the time COVID began to spread. One of those contracts was for something called a “Security Service Procurement Project,” and it was issued on September 12 — the very same day that the Wuhan lab abruptly took its entire virus database offline. Then, four days later, the Wuhan lab announced another contract competition. This time, the contract was for a $600 million effort to completely renovate the lab’s air conditioning system. Why would the Wuhan Institute of Virology want to replace its air conditioning system?

Just like the Times’ dispatches from the Beijing Bureau, all evidence of those contracts has now been wiped from the website of China’s Finance Ministry. What does this add up to?

This article is adapted from Tucker Carlson’s opening commentary on the August 3, 2021 edition of “Tucker Carlson Tonight”.