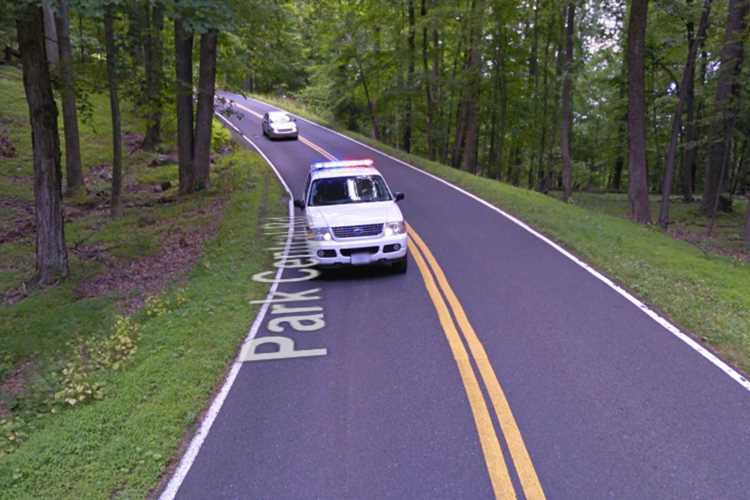 GOOGLE Maps appears to have captured the moment one of its own camera-laden cars was pulled over by US police.

A series of images snapped by one of the digital mapping service's Street View vehicles shows a cop car tailing one of Google's vehicles in Maryland. 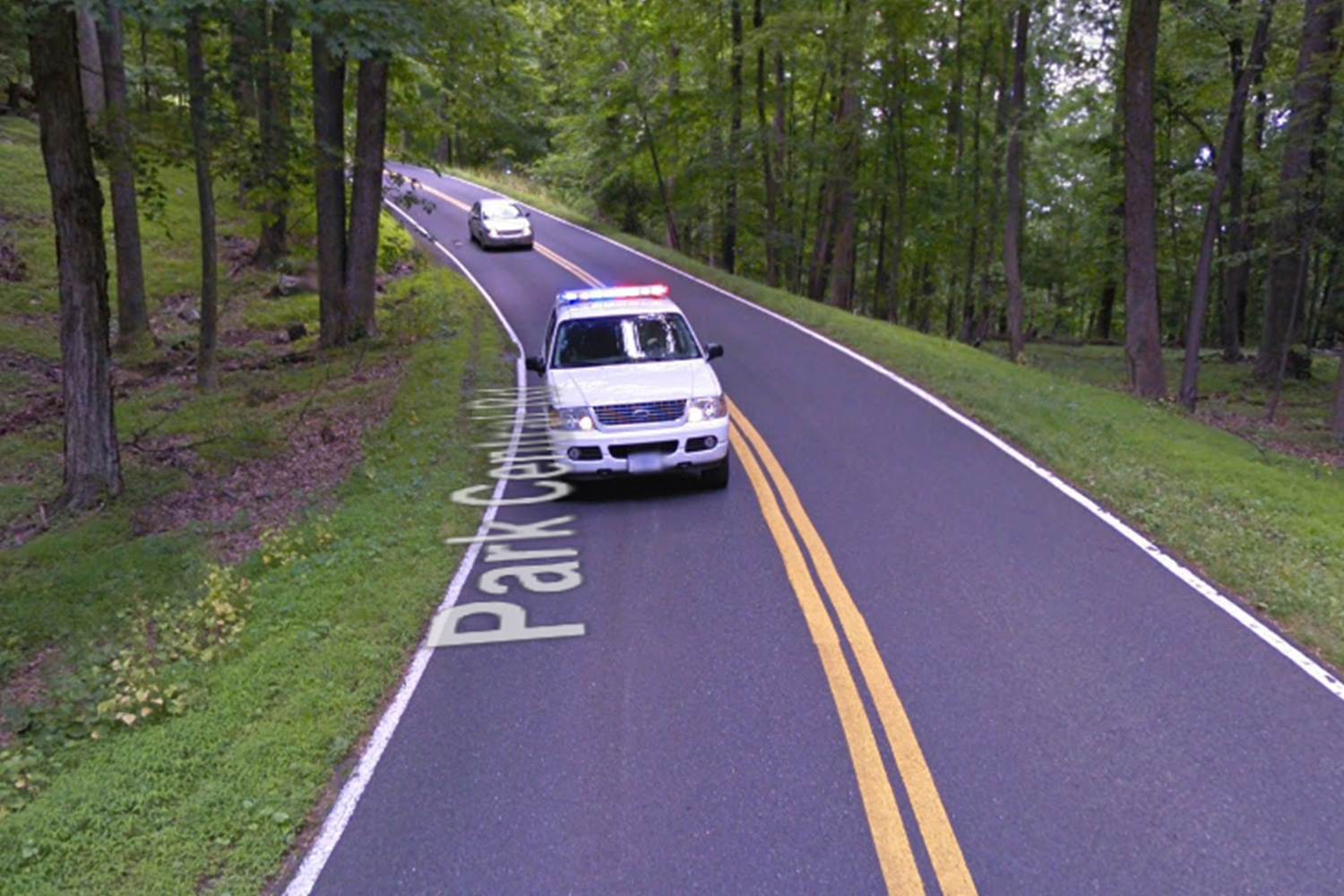 In one of the snaps, taken just a mile from Camp David, the police tail appears behind Google's vehicle.

Further along the road, the cop car's lights fire up before – further on still – the Google car appears to be ushered into a small parking lot.

The feed then mysteriously cuts off, according to an eagle-eyed Google Maps fan who shared the snaps on Reddit.

Forum-lurker "Hot_Wheels_guy" explained his find in the comments underneath his 2019 post.

"The street view car is recording the scenic winding mountain road that connects Camp David (yes that Camp David) to the rest of civilization," they wrote.

"If we rewind a bit- about a quarter mile- the Ranger's vehicle isn't yet in sight behind the Google car.

"Then if you travel a hundred yards or so East (travelling away from Camp David) and turn and look back again, you'll see the Park Ranger has flown up behind you.

"Travel a little further and his lights are definitely flashing now.

"Then- just around the bend- the 'chase' seems to come to an end at a scenic view parking area.

"In the final moment before the cam car pulls off the road the Park Ranger turns off his light bar. But… Street View ends right here despite the road continuing for another mile south before intersecting Foxville Road (which also has streetview)."

In response to the post, other Reddit fans speculated over what may have happened to Google's vehicle.

One responder quipped: "So what are we thinking this means? Government conspiracy (aliens?)? An attempt to privatize natural scenery? GM driver getting issued a speeding ticket (too fast or too slow)?"

A second said: "Probably forgot to turn the street camera back one when they got going again".

Others suggested that the police check may have been linked to the proximity of the vehicle to Camp David.

Located 60 miles north of Washington, D.C., the compound has served as a retreat for U.S. presidents since the early 1940s.

As a result, it's protected by strict security protocols and is under heavy guard throughout the year.

One Reddit user claimed: "You’re not allowed to take any pictures near or around Camp David, nor can you stop your car anywhere on that road."

Google's Street View cars are loaded with 15 cameras that snap 360-degree views from a height of about eight feet.

It would not be a surprise, therefore, if local police put a stop to the vehicle's journey before it got too close to Camp David.

However, without word from Google or local police, we may never know why the camera feed cuts out midway down the road. 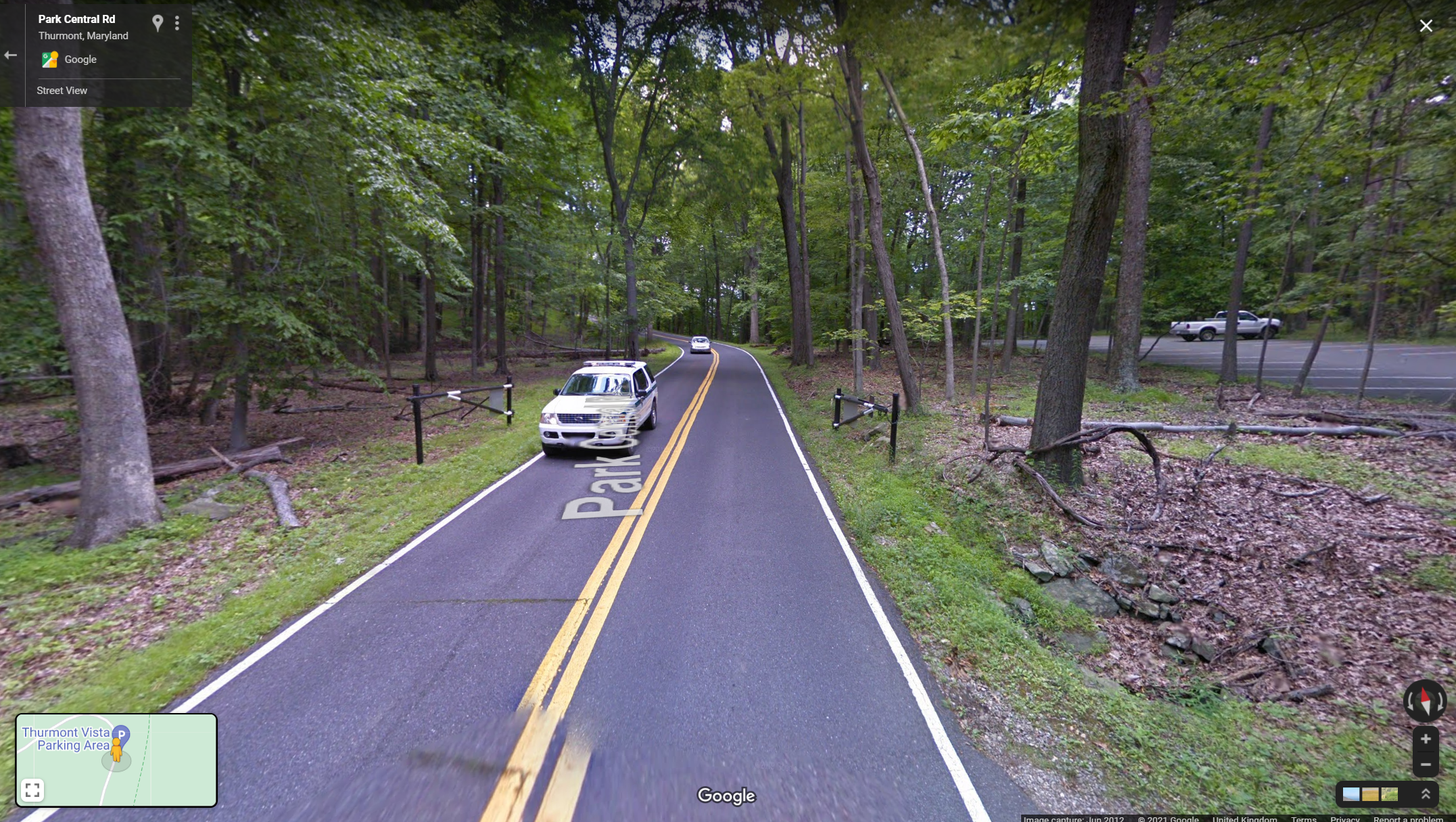 In other news, little-known photographs of the 9/11 terror attacks are available to view on Google Earth.

An eagle-eyed Google Maps fan has spotted a "secret" military base tucked away in the middle of the Sahara desert.

Here are other banned locations that you're not allowed to see on the digital mapping service.

And, Facebook has launched new "prayer tools" which offer US megachurches the chance to raise funds and listen to prayer requests.