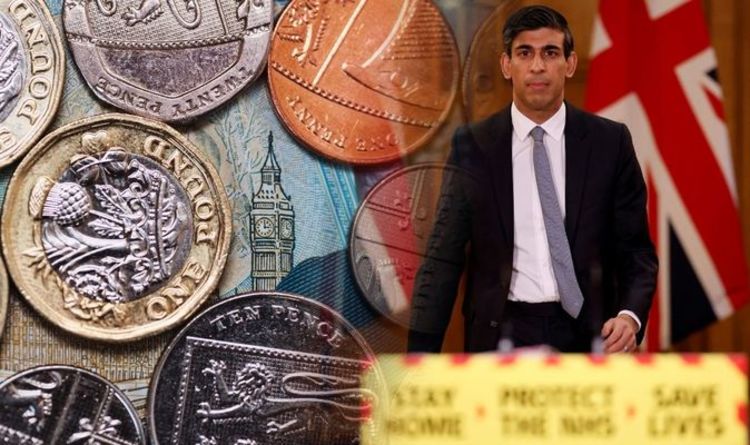 Rishi Sunak spent billions of pounds to keep the UK afloat during the pandemic, as coronavirus wrecked havoc on the economy. As the economy continues to recover going forward, the Chancellor is rumoured to be looking into ways to cover public debts and Mr Sunak may end up looking towards pensions and/or taxes for potential options.

To gauge what possibilities may be on the horizon, Ocorian, the global leader in corporate and private client services, capital markets and fund administration, commissioned a new global study on this topic.

According to its survey, nearly two thirds (62 percent) of private client advisers expect high-net-worth individuals (HNWs) to be charged more income tax over the next 12 months, with three fifths (60 percent) also anticipating a rise in wealth taxes as Governments start repairing their countries’ economies in the wake of coronavirus.

The UK Government recently highlighted tax reforms could be on the horizon.

In June, the Government issued a response to a Treasury Select Committee report: “Tax after Coronavirus”, which proposed wide-ranging tax reforms.

The Select Committee had recommended a number of measures including changes to VAT, business taxation, income tax and NICs, pension tax relief and a one-off wealth tax in a report published in March.

In examining the response, interactive investor noted the Government’s tone indicated it was “on the case” with reforms.

Myron Jobson, a Personal Finance Campaigner at interactive investor, commented: “While changes to the tax regime were always unlikely to be made outside a Budget statement, the Government’s wishy-washy response to the Treasury Committee’s recommendations illustrates just how delicate the situation is.

“Taxes are and will always be a political hot potato, and while the modest increase in corporation tax will help to chip away at the colossal bill for Covid-19 support measures, it is only a matter of time before the need to balance the books will hit our back pockets – particularly as wage rises drag people over frozen income tax thresholds.

DON’T MISS:
Furlough: Over 650k jobs at risk as Rishi Sunak is pushed [WARNING]
Rishi Sunak’s global tax plan set to raise costs – get ready [INSIGHT]
Furlough: What to do if you’re made redundant as rates plummet [EXPERT]

“It is important to consider recent as well as potential changes to the tax regime now and how you can mitigate some of the adverse effects. Making full use of the different tax reliefs – on pensions, ISA allowance and capital gains tax for example – while they are still available, is key.”

Becky O’Connor, the Head of Pensions and Savings at interactive investor, also said: “The tone of the Government’s response to recommendations for major tax reform was ‘we’re on the case’.

“The response highlights the measures the Treasury has already taken to support the public finances, including freezing tax thresholds such as income tax and the Lifetime Allowance for pensions, which it said were ‘progressive and fair’ measures. It also states that recovery rather than reform is its main priority.

“On pension tax relief, the response suggests that no sweeping changes are imminent but that the possibility of reform would be kept under review. The Government stated that even small changes could have a ‘profound’ impact, so radical changes to pension tax relief would require ‘careful consideration’.”

Additionally, a Budget document from March outlined Mr Sunak was using “stealth taxes” in order to increase the amount the Government received from duties.

A stealth tax is defined as a tax levied in a way which makes it largely unnoticed, or not recognized as a tax at all.

Jack Leslie, the Chief Economist at Resolution Foundation, told Express.co.uk earlier this year that the State should reform these wealth taxes as opposed to introducing brand new taxation schemes.

Mr Leslie said: “The Government should fix the system that it has, make it fairer, and close the loopholes.

“You could raise billions without touching the headline rates, fixing the current system is a better approach than trying to introduce a whole new wealth tax.

“One of the really big trends in the economy over the last 30 years is that the overall value of the wealth people hold is worth around twice what it was 30 years ago.”

In July, it was also reported the Government may be considering an increase in National Insurance contributions in a bid to raise funds.

Boris Johnson was also recently pushed on taxes during a press conference and the Prime Minister refused to rule out rises in income tax or National Insurance bills.

Mr Sunak is set to release his next Budget in the autumn and it remains to be seen what changes will be announced.

While the Chancellor has yet to announce a date for the next Budget, the Office for Budget Responsibility (OBR) has been asked to prepare an economic and fiscal forecast for October 27.