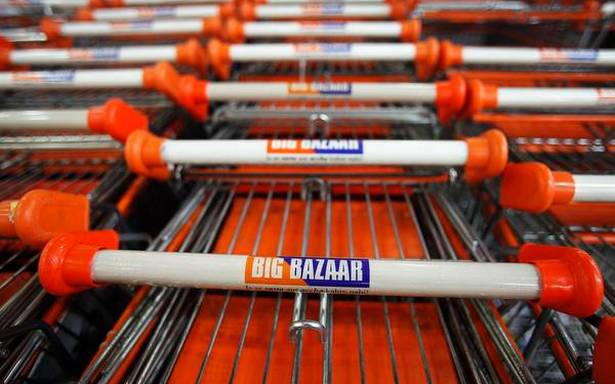 The Delhi High Court Tuesday said it will implement the single-judge order restraining Future Retail Ltd (FRL) from going ahead with the ₹ 24,713 crore deal with Reliance Retail to sell its business, which was objected to by US-based e-commerce giant Amazon, in case no stay is obtained from the Supreme Court within four weeks.

Justice Suresh Kumar Kait, hearing Amazon’s plea for enforcement of the award by Singapore’s Emergency Arbitrator (EA) restraining FRL from going ahead with the deal, said that in the absence of any stay from the apex court, he has no option but to enforce the order passed by Justice JR Midha on March 18.

“Either get a stay within 2-3 weeks on March 18 order or comply with the order. This court has no third option,” the judge said.

Listing the matter for further hearing on September 17, the court said: “I make it clear that if before the next date of hearing the respondents fail to get any stay order, this court shall proceed with the matter for implementation of the order dated 18.03.2021.” Senior advocate Parag Tripathi, representing Future Coupons Pvt Ltd (FCPL) and other related parties, said that a special leave petition against the March 18 order has already been filed before the Supreme Court by his clients.

Senior advocate Darius Khambata, representing FRL, said that his client has moved an application before the arbitration tribunal and will also file an appeal before the apex court.

Considering that the March 18 order on the legality of the emergency award was upheld by the Supreme Court on August 6, his clients still had time till August 20 to comply with the directions in terms of the order, he added.

“Simply filing SLP will not help you. You get the order of stay. I have only one option i.e to get the order implemented,” the court observed.

Senior advocate Gopal Subramanium, appearing for Amazon, argued that in view of the Supreme Court’s decision, Justice Midha’s order was effective and has to be complied with.

Kishore Biyani and 15 others including FRL and FCPL have been embroiled in a series of litigations with Amazon, an investor in FCPL, over the deal with Reliance.

On March 18, besides restraining FRL from going ahead with its deal with Reliance Retail, Justice Midha had imposed costs of ₹ 20 lakh on the Future Group and others associated with it and ordered attachment of their properties.

The court had asked the parties to file an affidavit detailing their assets within one month and show cause as to why they be not detained under civil prison for 3 months for violating the emergency arbitrator’s order.

It had also asked the Future Group to place on record the details of action taken by it in connection with the Reliance deal after the emergency arbitrator’s order. Amazon and Future have been locked in a bitter legal tussle after the US e-commerce giant dragged Future Group to arbitration at Singapore International Arbitration Centre (SIAC) in October last year, arguing that FRL had violated their contract by entering into the deal with rival Reliance.

On August 6, the Supreme Court upheld the legality of the EA award and also set aside the two orders of stay passed by the division bench of the high court against the single-judge’s orders staying the FRL-RRL merger.

A bench of Justices R.F. Nariman dealt with the larger question and held that an award of an EA of a foreign country is enforceable under the Indian Arbitration and Conciliation Act.