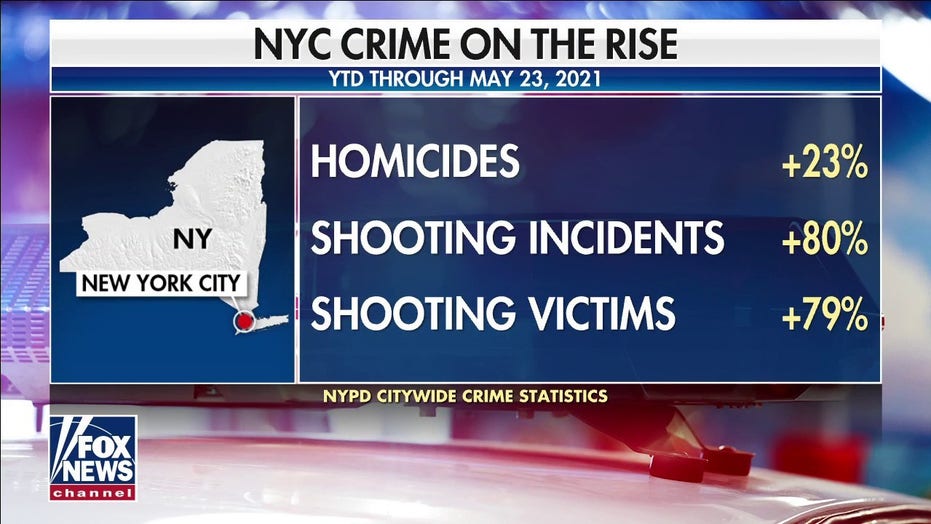 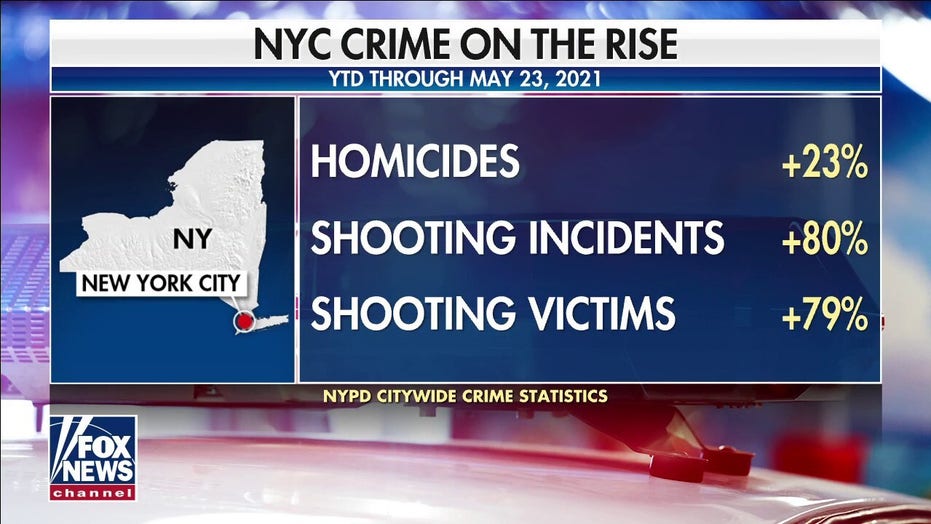 Amid an increase in violent crimes and shootings in New York City, a candidate for public office wants victimized New Yorkers to bear the burden of the crimes against them.

The radical “public safety” plan put forward by socialist candidate Tiffany Cabán — a shoo-in to earn a spot on the City Council representing western Queens after November’s election — would allow for victims of violent crimes to help their attackers in the name of “restorative justice.”

The Democrat’s woke, 48-page manifesto would strip cops and courts of some of their most basic law enforcement roles — like sending violent perps to prison.

“Communities will be empowered to develop individualized strategies to help heal wounds of violence rather than being forced to rely on policing and prisons as the only recourse,” reads the policy from the Democratic Socialists of America-backed candidate in the non-competitive race.

Cabán’s plan, titled “A New Vision of Public Safety for New York City,” posits a scenario in which the victim of a violent mugging would be largely responsible for deciding the fate of their assailant. 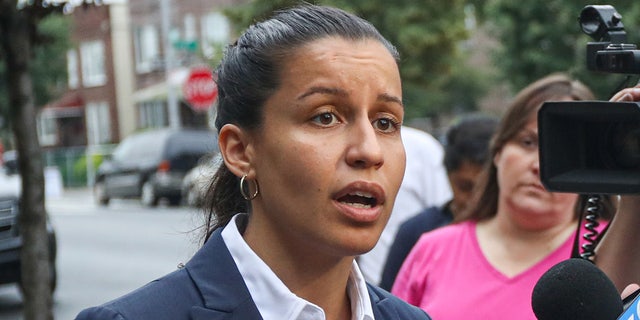 Tiffany Cabán speaking at a news conference in the Queens borough of New York City in 2019.
(REUTERS/Jeenah Moon, File)

But the “Kumbaya”-style idea doesn’t include actually getting the assailant off the streets with the goal of protecting others to protect others.

“Example of Use: A person is beaten up, suffers a broken rib, and is robbed of his wallet. First, his needs are heard and affirmed, and he works with trained staff to develop a service and healing plan,” Cabán’s proposal reads.

“Then, when he is ready, he participates in restorative justice circles with the person who harmed him and their respective support systems. He asks questions and gets answers, and they develop an accountability and consequences plan.”

City entities including the Mayor’s Office of Criminal Justice and the Human Resources Administration would play a role in the process, according to the proposal.

“Unless Ms. Cabán is running to represent the Twilight Zone, it sounds like she needs to participate in a restorative reality circle,” Councilman Robert Holden (D-Queens) told The Post. “Our city and state already help criminals enough as it is, without insane ideas like this.”

“It’s not a plan for anything but total chaos and yet another denial of the absolutely essential role the police, courts, and incarceration play in any society,” he added.

“This is insane. Woke socialists need to wake up,” fumed another current Council member, who declined to be named. “If they get their way, New York City will have to build more prisons just to house and keep law-abiding citizens safe from the criminals that sleepy wokers want to be free to roam our communities.”

“Apparently, there are no more victims’ rights anywhere in New York City. If this keeps on going the way it’s going, eventually, this is all going to backfire,” he said. “You cannot keep on disrespecting victims and their families because you think it’s going to be a better society or this utopian society.”

“When I first read it I actually thought it was The Onion,” Giacalone added. “The level of craziness is off the charts.”

In response, a Cabán rep doubled down and insisted her boss’ plan “is rooted in evidence-based practices” that have “been proven to work” in cities like Los Angeles and Denver.

“Anybody who is saying that this is going to increase crime … is continuing the fear-mongering that has so pervaded the city for way too long,” spokesperson Erica Vladimer told The Post. “Restorative justice is one piece of this public safety plan, and what it requires is the consent of survivors to participate in restorative justice.”

She added, “Restorative justice is one tool to address public safety in a way that the NYPD and our court system have yet to prove they can actually do.”

In a phone call, Cabán explained that the mindset behind her “holistic approach” is creating “options” for victims in addition to the prevailing criminal justice system, which she maintained is ineffective at preventing recidivism.

“They can do nothing, or they can cooperate in a prosecution where the solutions that are available to them are very often a jail cell. At some point, that person is going to be released from jail, with their conditions exacerbated and no guarantee that the harm isn’t going to happen again,” she said.

“The goal here is to engage in a process that changes behavior. We want to change behavior.”

If a victim doesn’t want anything to do with the process, “for better or worse, the alternative is our traditional system that we have been using,” said the Council hopeful.

“They would just filter into the criminal-legal system, in a way that is familiar to most folks,” she added.

After winning her June Democratic primary, Cabán faces a November general election to represent District 22, which includes Astoria and parts of adjoining neighborhoods. If she wins in the heavily Democratic district, Cabán will begin her new role in January.

The DSA-endorsed contender — who nearly won the 2019 Queens district attorney race — has pledged to work with Democratic mayoral nominee Eric Adams, despite his recent declaration of war against the left-wing movement of which she’s a part.

“Nobody’s going to be surprised that we have very different views on how we achieve public safety, and there’s going to be a lot of tension and push-back there,” Cabán, 34, previously told The Post. “At the same time, there are going to be areas where I will be eager to find common ground and I think one of the easiest places to point to is the crisis management system.”

“Eric has been somebody who has supported the expansion of CMS,” she said of the Brooklyn borough president. “He is someone who buys into cure-violence models.”

One of two DSA-endorsed council contenders who won their 2021 primary out of six candidates the socialist group backed, Cabán more broadly supports taking away many of the NYPD’s current duties.

“Police do not solve most crimes and do nearly nothing to help survivors and victims,” reads the former public defender’s platform.

“If someone is in a situation where they need to call 911 because they are afraid for their life, police are unlikely to be able to help.”