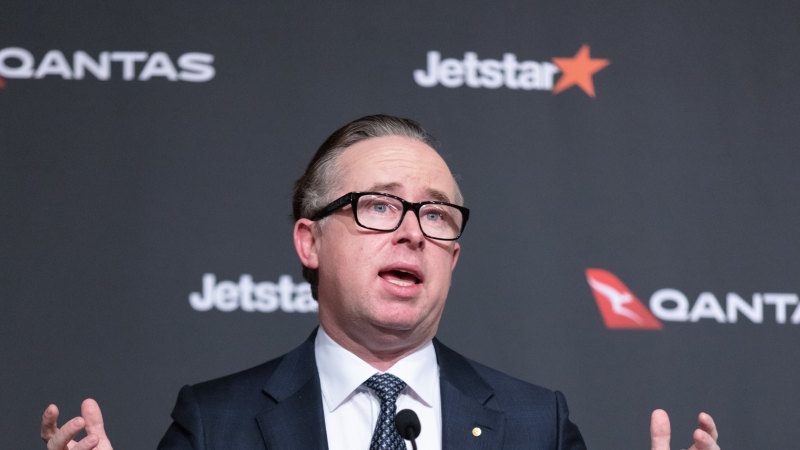 Qantas boss Alan Joyce will wait for at least a year to decide whether he will accept $3.7 million worth of performance bonuses awarded to him during the biggest crisis in the airline’s 100-year history.

The carrier revealed on Friday that while its top executives’ pay fell by almost 70 per cent compared to pre-pandemic levels in the 2021 financial year, it still awarded them half their available long-term bonuses. 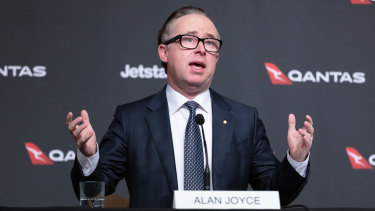 The bonuses — Qantas shares worth $1.5 million — were awarded because the company’s share price outperformed that of most other global airlines in the pandemic-devastated aviation industry last year, the company’s annual report says.

Mr Joyce — Australia’s highest paid executive in 2017 — was entitled to 325,500 Qantas shares for this reason, which are worth $1.8 million based on Friday’s share price. However, he and Qantas’ board agreed to “defer the decision” on whether to accept or forfeit those shares until at least August 2022.

Qantas and Mr Joyce also deferred acceptance of his 2020 long-term bonus, with a decision on those 343,500 shares now pushed back until at least next year.

That means the 55-year-old will have a backlog of 669,000 shares — worth $3.7 million at their current trading price, and more if the stock continues to rise as the company recovers from the COVID-19 pandemic — to decide whether to accept or decline.

Leading investor proxy firm ISS criticised Qantas last year for still paying executive bonuses, even as it ran up billions in losses, its share price collapsed, it laid off 8500 employees, and stood down thousands more without pay while accepting more than $500 million in government handouts. Qantas did not award short-term bonuses to any of its executives in 2020 nor 2021.

Mr Joyce’s pay has been a source of controversy and fascination since he took home an eye-watering $24 million in 2017, driven by the sky-rocketing value of Qantas shares included in his remuneration.

His take-home pay for the 2021 financial year (excluding potential long-term bonuses) was $1.98 million — down from $10 million in 2019 but up from last year’s $1.74 million. The increase was because Mr Joyce took zero pay for three months in 2020 but for only one month in 2021, plus three months on reduced pay.

Releasing the annual report on Friday, Qantas chairman Richard Goyder — who was paid $560,000 last year — thanked Mr Joyce and the senior executive team for “steering the company through unchartered territory and onto the path of recovery”.

“To be candid, it wasn’t a foregone conclusion that Qantas would emerge from this pandemic in the shape it has. You only need to look at many airlines around the world to see that things could have gone very differently,” the former Wesfarmers CEO said.

“A lot of difficult decisions were made that have proven to be the right ones, especially given the lockdowns and border closures that are still having a massive impact.”