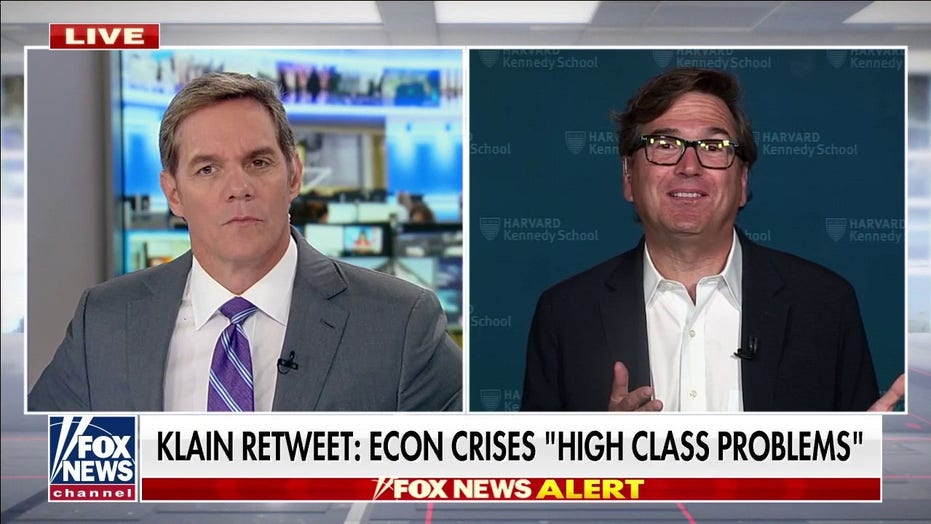 Bill Hemmer presses economist on calling inflation a ‘high-class problem’: What were you thinking?

California Democrats are distancing themselves from the Biden administration over recent supply chain and environmental crises in the greater Los Angeles area.

Fox News reached out to 24 Southern California House Democrats asking if the Biden administration has done enough to alleviate the supply chain bottleneck at the two Los Angeles ports and address other public safety crises, including a massive oil spill off the coast and a fire that broke out on shipping containers due to the vessel backlog.

Not a single Democrat responded to Fox News regarding what needs to be done on the local and federal levels to immediately solve these crises in their own backyards.

Instead, many of these Democrats are arguing for the end of offshore drilling, but ignoring the longer term impacts of the spill, which the Coast Guard estimates leaked between 25,000-132,000 gallons of crude oil into the ocean, and growing inflation caused by the goods bottleneck.

Rep. Julia Brownley, D-Calif., whose district covers Ventura County just north of L.A., tweeted that she is joining with her Democratic colleagues to support a federal ban on new oil leases off the California coast.

Southern California Democratic Reps. Katie Porter, Alan Lowenthal and Mike Levin announced they will hold a joint congressional hearing in Irvine next week on the oil spill. Their release did not mention a discussion of the bottlenecked supply chain issues or the environmental hazard of a fire at the port.

President Biden announced earlier this week that the Port of Los Angeles will begin operating 24 hours a day to reduce the devastating backlog resulting in the supply chain bottleneck. His administration is under fire for rising inflation, which has skyrocketed over the past year.

Biden’s Chief of Staff Ron Klain also received criticism for a recent tweet in which he referred to rising inflation as a “high class problem.”

On the other hand, Southern California Republicans have been extremely vocal on the crises engulfing their own districts.

Rep. Young Kim, R-Calif., thanked Biden for taking a step to address the supply chain issue, but reiterated that southern California communities are “reeling” from the series of ongoing crises. 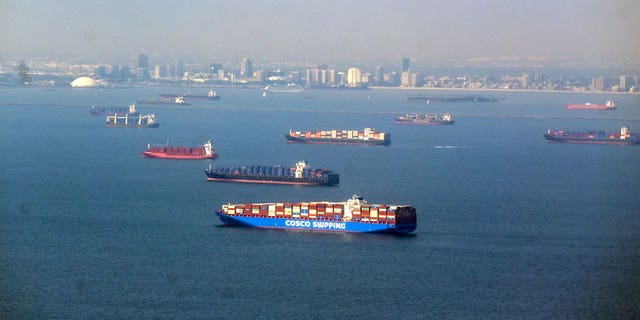 “Our Southern California communities are reeling from the impacts of backlogged ships at our LA and Long Beach ports, from supply chain shortages driving up inflation to the recent oil spill that may have been caused by a ship anchor,” said Kim.

Kim’s office said that the congresswoman has been working since January to safely keep the ports open and “boost the flow of goods in and out of the San Pedro Port Complex.”

Another Southern California Republican, Rep. Michelle Steel, urged the Biden administration to approve a Major Disaster Declaration she requested over a week ago.

“I am glad the Administration is finally acting on this issue and now it’s time to approve the Major Disaster Declaration I asked for more than a week ago. The backlog in our ports has caused ships to idle off our coastline for weeks, which may have contributed to the oil spill that devastated our community. I urge the President to approve this request and applaud these efforts to get these ships moving quickly and out of our coastal waters,” said Steel.