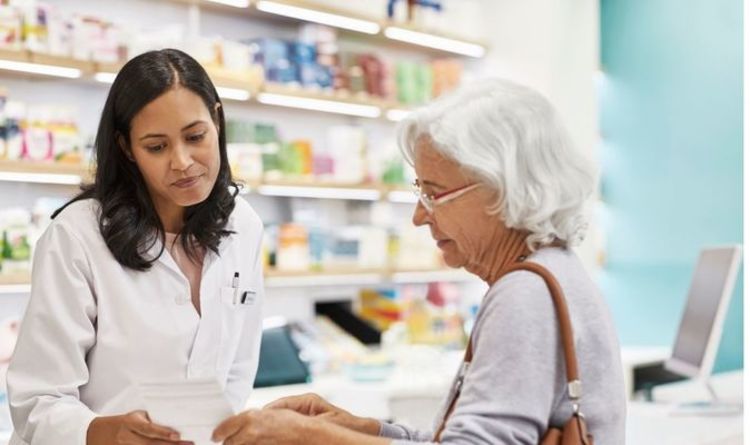 According to current Government proposals, the qualifying age for free NHS prescriptions may be raised to align with the state pension age of 66. Charities, such as Age UK, are warning Prime Minister Boris Johnson that around 2.4 million people between the ages of 60 to 65 will be forced to begin paying for their prescriptions from the NHS. On top of this, Age UK is cautioning the Government of going down this road as it could have a knock on effect on other economically vulnerable groups, such as carers.

This is due to the fact almost one in four people between the ages of 60 to 65 in the UK are carers for a loved one.

Outrage over the Government’s plan to scrap free prescriptions for those between 60 to 65 years of age has been exacerbated by the fact residents in Scotland and Wales do not need to pay at all.

This is because health care matters are devolved matters for the respective parliaments at Holyrood and the Senedd, with Scots and Welsh residents of any age receiving free prescriptions.

In response to Age UK’s intervention in the debate over free prescriptions and the growing discrepancy between the amount each country in Britain pays, Express.co.uk readers are voicing their opinions on the contentious debate.

One reader, with the username Reddiebaggie, said: “It’s truly amazing that some pensioners in England will now be paying for their prescriptions and no one regardless of age pays in Scotland and Wales. It’s beyond disgusting.”

In response to Age UK’s report into the impact scrapping NHS prescriptions would have on people nationwide, ValBrooker added: “Actually just in England, not the UK, because it’s a devolved parliament issue.”

Citing the Brexit debate back in 2016, a reader named Big Ben said: “What happened to the millions of pounds per week we would now have in our pockets and were going to the NHS? It was on the Red Bus! Where are they?”

A reader named Tomm B added: “Free NHS prescriptions are available to all residents living in Scotland, Wales and Northern Ireland.

One reader named Satzam raised an important question to the Government and called out MPs over expenses: “Why is it that the poorest are always made to pay?

They continued: “I can never understand why the Government doesn’t lead by example and stop subsidising MPs travel, food, drink and living costs.

“Absolutely disgraceful the amount of money spent to cater for MPs without them spending a penny themselves.

“I do not know of any workplace that provides alcohol (some are really expensive at their place of work.

“I’d love to know how much could be saved if MPs paid for their own food and drink like poor people have to at work or home.”

However, some readers voiced their support for the Government’s proposals, including one with the username LizLyon1, who added: “Old age benefits start at pension age and that is 66, not 60 anymore, so prescription charges now start at 66 not 60. What’s wrong with that?”

Express reader Bazra agreed with this train of thought and expanded further: “If you are still at work, earning a wage, and technically not a pensioner, you will have to pay for your prescription. What’s wrong with that?

“If you are not a pensioner and working you should be paying. People who are unemployed, and of the same age group, will get free medicines.

“What people should be complaining about is the fact that England is the only one out of the four nations that has to pay for prescriptions, and it is in part paid for by English taxpayers, subsidising the other three.

“If the whole of the Union paid for prescriptions, the cost could be reduced massively.”

The plan to scrap free NHS prescriptions is set to be formally introduced later next year and will affect residents in England.

Currently, there are no plans to scrap free prescriptions in Scotland, Wales and Northern Ireland.

Previously, a Department for Health and Social Care spokesperson told Express.co.uk: “Around 90 percent of community prescriptions in England are free of charge, and people don’t pay if they are on a low income, over 60, or have certain medical conditions.

“The upper age exemption has not changed since 1995 and that is why we have consulted on restoring the link between this and the state pension age. No final decisions have been made and we will publish the consultation response in due course.”