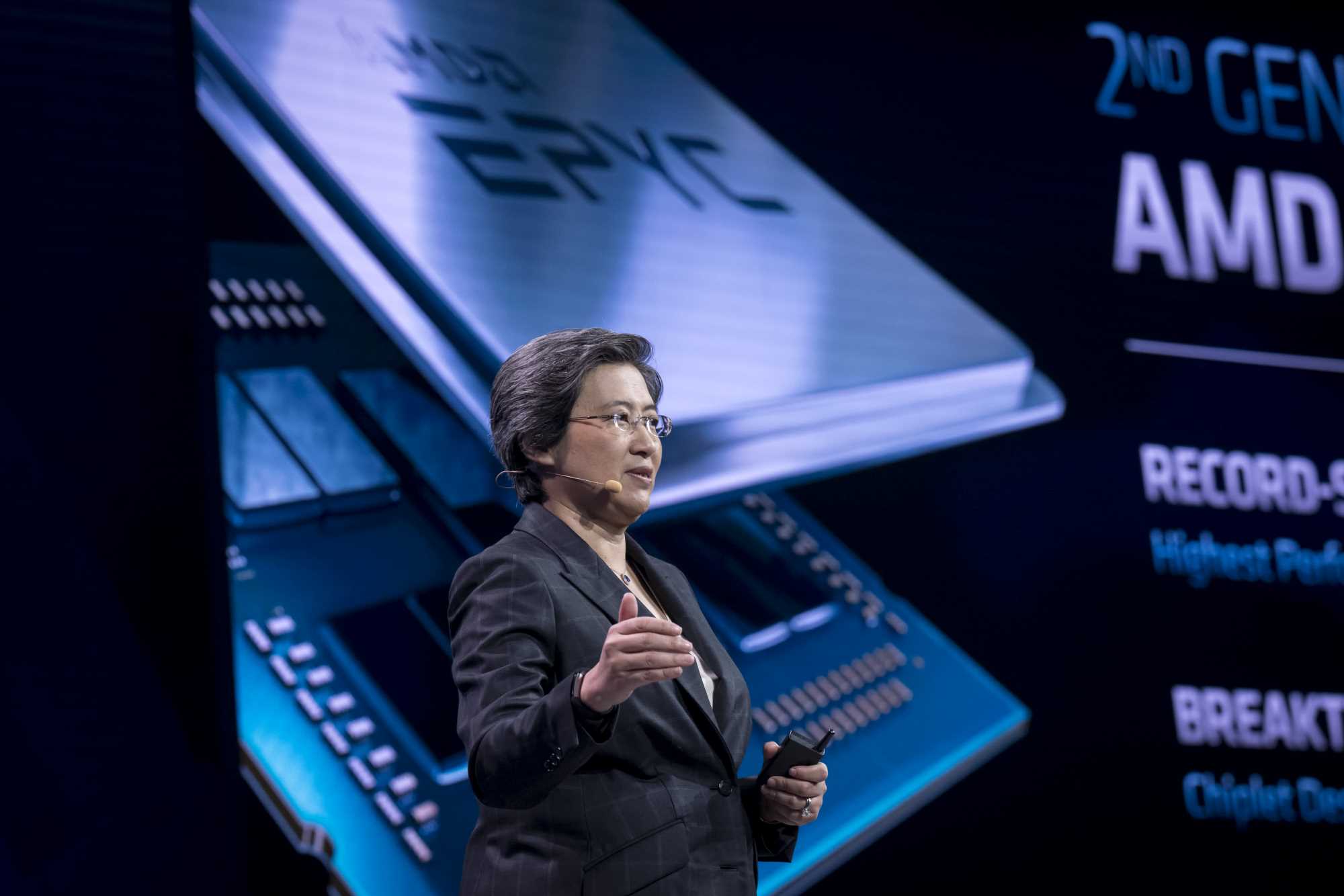 AMD reported third-quarter earnings after the bell on Tuesday, with earnings and revenue beating analyst expectations, and a strong forecast for the fourth quarter.

The stock was up 1% in extended trading.

Here's how the chipmaker did against Refinitiv consensus estimates for the quarter ending Oct. 2:

AMD is one of the companies that has benefitted the most from the surge in electronics sales over the past 18 months as its central processors and graphics processors power PCs, servers and game consoles. Those sales are logged in AMD's computing and graphics segment, which reported $2.4 billion in revenue, up 44% year-over-year.

The PC market has slowed from its torrid pace a year ago when people around the world still needed computers to work or learn from home, but AMD said its chips were selling at higher average prices as customers opt for more powerful processors.

AMD reports server chip and console chip sales in its Embedded, Enterprise, and Semi-custom segment. AMD reported $1.9 billion in sales in this important category, up 69% year-over-year driven by Epyc server chips, and higher "semi-custom" sales, which are the semiconductors it sells to game console makers.

AMD is in the process of taking market share in the server market behind its Epyc processors, as giants like Microsoft and Google buy its chips to run their cloud services. AMD CEO Lisa Su said in a statment that data center sales doubled year-over-year.

Meanwhile, game consoles, like Sony's Playstation 5 and new Microsoft Xbox models, remain in high demand and hard to find as they sell out quickly. Likewise, AMD's graphics and central processors are hard to find in stock in stores.

AMD is a fabless chip company. It designs the technology inside its semiconductors and outsources manufacturing to foundry partners like TSMC and GlobalFoundries. In September, AMD CEO Su said she expects the chip shortage to become less severe in 2022.

AMD continues to keep its costs under control and increase its profitability. It said its gross margin was 48%, up from 44% in the same period last year. It forecast gross margins at 49.5% in the fourth quarter. AMD's net income for the quarter was $893 million.

Last October, AMD announced its plans to buy Xilinix in a deal worth $35 billion that would give the company more firepower to compete with Intel in the data center chip market. AMD said the deal was still on track to close by the end of 2022.

AMD said it repurchased $750 million in shares during the quarter. AMD stock is up over 30% year to date.