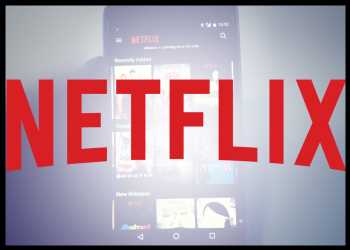 “After a lighter-than-normal content slate in Q1 and Q2 due to COVID-related production delays in 2020, we are seeing the positive effects of a stronger slate in the second half of the year,” the company said in a letter to shareholders. “We’re very excited to finish the year with what we expect to be our strongest Q4 content offering yet, which shows up as bigger content expense and lower operating margins sequentially.”

The company added that it does not only compete with rival streaming apps like Disney Plus, HBO Max and Amazon Prime Video, but also against other entertainment activities.

“We compete with a staggeringly large set of activities for consumers’ time and attention like watching linear TV, reading a book, browsing TikTok, or playing Fortnite, to name just a few. As one example of this dynamic, on October 4, when Facebook experienced a global outage for several hours, our engagement saw a 14% increase during this time period,” the company said.

The company also indicated to Nielsen’s estimates, which shows that Netflix currently has only 6% of TV viewing time among U.S. households.

“We are still quite small, with a lot of opportunity for growth; in our largest and most penetrated market, according to Nielsen, we are still less than 10% of US television screen time. Our approach as always is to improve our service as quickly as we can so that we can earn a greater share of people’s time,” the company added.

Looking ahead, the company expects to add 8.50 million subscribers in the fourth quarter.

Los Gatos, California-based Netflix’s third-quarter profit rose to $1.45 billion or $3.19 per share from $790 million or $1.74 per share last year. On average, 36 analysts polled by Thomson Reuters expected earnings of $2.56 per share for the quarter.

Revenue growth was driven by an 9% increase in average paid streaming memberships and 7% growth in average revenue per membership.