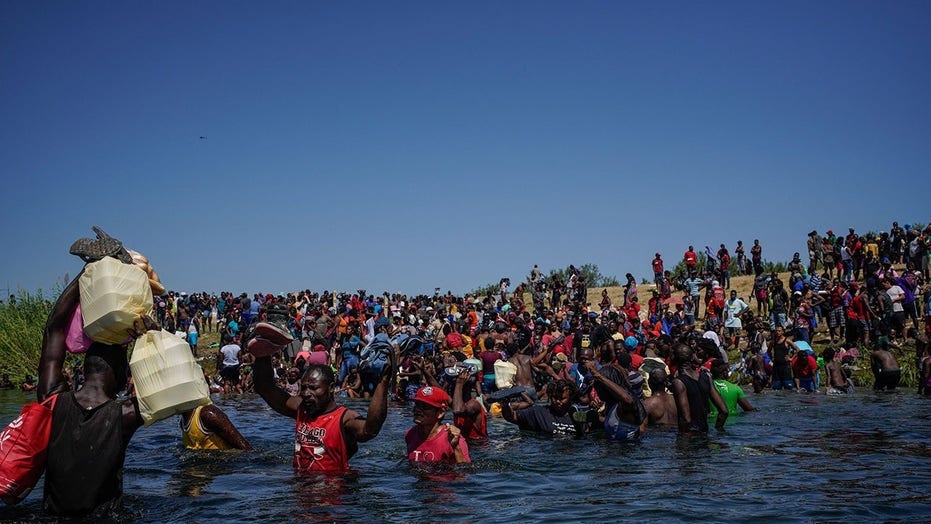 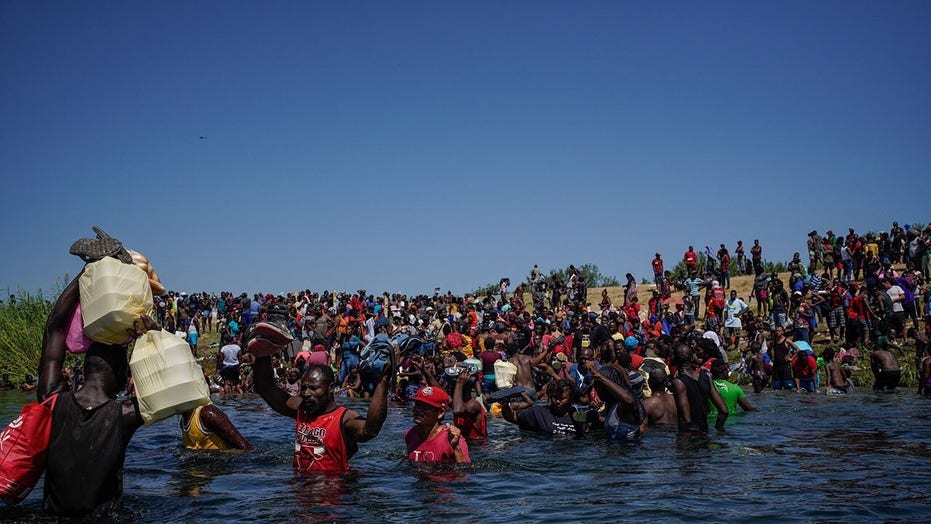 Migrant caravan chants ‘yes we can’ en route to US border

Rep. Tony Gonzales criticizes the Biden administration’s policies for ‘encouraging’ migrants to make the trip to the southern border.

Former President Donald Trump on Wednesday said that a migrant caravan making its way from the south of Mexico to the U.S. border “must be stopped” – as the numbers of migrants in the massive group are said to have gone above 4,000.

“I hope everyone is watching the MASSIVE Caravan pouring through Mexico and headed to our Country,” Trump said in a statement. “This must be stopped before they reach our Border, or before.”

The caravan is on its fifth day of travel, having set off on Saturday with about 2,000 migrants and already broken through a line of Mexican interior enforcement. The organizers have used QR codes to organize migrants – marking the latest attempt to form a caravan of migrants to travel to the U.S. border

Organizer Luis Garcia said that the caravan is approximately 4,000 strong with more than 400 children between the ages 7-18, 100 babies under the age of one. It also included 65 pregnant women (three more than eight months pregnant) and four wheelchair bound migrants.

The Biden administration has blamed root causes in Central America for the massive crisis at the southern border — which saw more than 1.7 million migrant encounters at the border in FY 2021 and more than 192,000 encounters in September alone. It has also blamed the Trump administration for shutting down legal pathways to asylum.

However, Republicans have blamed the rolling back of Trump-era policies like border wall construction and the Remain-in-Mexico policy — which the Biden administration is reluctantly reinstating due to a court order after a lawsuit from Texas and Missouri.

On Wednesday, Trump contrasted the current border crisis with what he said was a more secure border at the end of his presidency.

“Just nine months ago, we had the strongest Border in our Nation’s history,” he said. “This should have never happened!