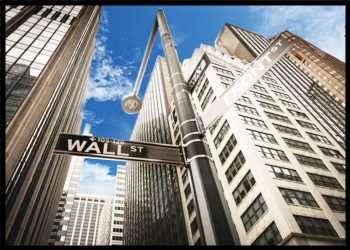 After ending the previous session mostly higher, stocks may move back to the downside in early trading on Thursday. The major index futures are currently pointing to a lower open for the markets, with the Dow futures down by 54 points.

Profit taking may contribute to initial weakness on Wall Street following the upward trend seen over the past several sessions.

The Dow reached a new record intraday high during trading on Wednesday and ended the session just below a record closing high.

The S&P 500 has also moved back within striking distance of its record highs after closing higher for six consecutive sessions.

A negative reaction to earnings news from some big-name companies may also weigh on the markets, with IBM Corp. (IBM) seeing notable pre-market weakness after reporting weaker than expected third quarter revenues.

Shares of Tesla (TSLA) may also move to the downside even though the electric car maker reported better than expected third quarter results.

On the other hand, shares of AT&T (T) are likely to see initial strength after the telecom giant reported third quarter results that beat estimates on both the top and bottom lines.

Stocks futures have regained some ground following the release of a report from the Labor Department showing first-time claims for U.S. unemployment benefits unexpectedly edged lower in the week ended October 16th.

The modest decrease surprised economists, who had expected jobless claims to inch up to 300,000 from the 293,000 originally reported for the previous week.

With the unexpected dip, jobless claims once again fell to their lowest level since hitting 256,000 in the week ended March 14, 2020.

Shortly after the start of trading, the National Association of Realtors is due to release its report on existing home sales in the month of September. Existing home sales are expected to surge by 3.6 percent to an annual rate of 6.09 million.

Stocks moved mostly higher during trading on Wednesday, with the Dow reaching a new record intraday high during the session. The tech-heavy Nasdaq bucked the uptrend, edging slightly lower.

In overseas trading, stock markets across the Asia-Pacific region turned in a mixed performance during trading on Thursday. Japan’s Nikkei 225 Index plunged by 1.9 percent, while China’s Shanghai Composite Index inched up by 0.2 percent.