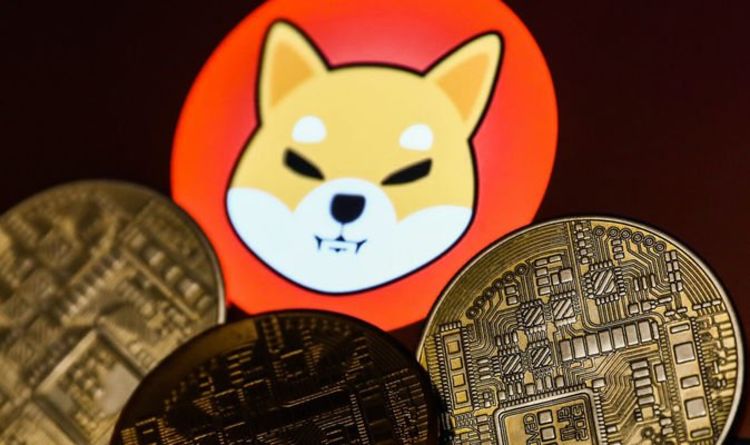 Cryptocurrency: Expert on how financial system is being 'remade'

SHIB has enjoyed considerable support this year as a member of the Shiba Inu family using the meme dog breed as a mascot.

The initial appeal for many backers came from its low price, which allowed novice investors to dip their toes in the crypto market.

But a recent revelation made by analysts has found that, as with any token, minority backers hold the most influence.

Within the cryptocurrency world, these “whales” who swallow up vast supplies of a single currency can dictate its movement.

The site found that approximately 870,000 people own wallets containing the doge-themed coin.

Among them, the top ten command unrivalled influence with almost 72 percent of SHIB investments.

Just one of these reported whales holds well over half of this total, 41 percent.

At its peak, this investor would have counted on a total wallet value of $20 billion (£14 billion).

Another has started moving coins between wallets, igniting fears they have considered selling and prompting the mass selloff.

SHIB has dropped out of the list of top ten most popular coins it entered just a week ago, and analysts think it could drop lower.

The coin likely won’t die, however, as it still commands a value far beyond its starting price.

Despite the recent doom and gloom, SHIB has seen a groundbreaking 2021.

No other cryptocurrency has experienced such a profound explosion.