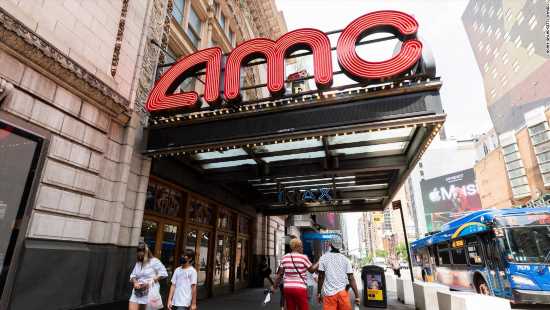 New York (CNN Business)The individual investor army on Reddit that helped push GameStop and AMC to unprecedented heights earlier this year has found some more companies to rally around.

Several stocks that have enjoyed extraordinary pops lately, such as Avis Budget (CAR) and Bed Bath & Beyond (BBBY), have become so-called meme stocks that many professional investors have bet against … and have gotten burned for because of what’s known as a short squeeze.
Avis Budget reported solid earnings last week. But the strength of the stock’s 108% surge the day after reporting results surprised many. Shares were up as much as 218% at one point.

Bed Bath and Beyond skyrocketed nearly 50% in a matter of a few days last week after announcing a partnership to sell some of its products at grocery store chain Kroger (KR).

Both Avis Budget and Bed Bath & Beyond have something in common with AMC (AMC) and GameStop (GME).

All of these stocks, along with other meme darlings such as BlackBerry (BB), electric van maker Workhorse (WKHS) and cannabis company Sundial Growers (SNDL), have been targets of so-called short sellers.
More than 20% of the shares of Avis Budget and Bed Bath & Beyond are being held by short sellers, aka shorts. 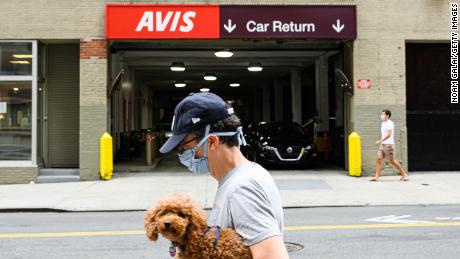 Shorts, often big hedge funds and other large institutional firms, will borrow a stock and sell it with the hopes that the price will fall and they can buy it back for less. The short seller then pockets the difference between what they sold at and the repurchase price.
So say a short sells a borrowed stock when it’s trading at $20 and it falls to $10. If the short seller buys the stock back at $10 and returns it to the lender, they make a $10 profit. It’s known as covering their short position.
But here’s where short sellers can run into trouble. If a stock that’s being shorted starts to go up for some reason — such as a good earnings report or news of a strategic partnership — short sellers may be forced to buy back shares en masse or risk incurring massive losses.
Back to the $20 short seller example, if the company reports good news and the stock goes up to $30, the short seller is looking at a potential $10 loss if they cover at the price. The losses increase as the stock heads higher. If it hits $40, that’s a $20 loss, and so on — for every share they’ve shorted.
Plus, short sellers have to eventually return the shares they’ve borrowed. So if they wait too long to cover the short position, they could face major losses. The so-called apes on Reddit have figured this out.
“This is what a short squeeze looks like,” wrote one Reddit user last week about Avis Budget. “Good (nee, STELLAR) earnings caused sudden and hard upward price movement … No recourse other than to cover.”
That’s why fans of stocks like GameStop, AMC and more recently Avis Budget and Bed Bath & Beyond aggressively call for retail traders to start buying heavily shorted stocks to push them even higher.

They realize that they are inflicting damage on the short sellers by doing so. But that helps push the shares even higher since the short sellers have to start joining the buying frenzy too.
“Short Squeeze Stocks Season is Back!” declared one poster on Reddit in a video last week, referring specifically to BlackBerry, Avis Budget, Bed Bath & Beyond, AMC and GameStop.
Source: Read Full Article