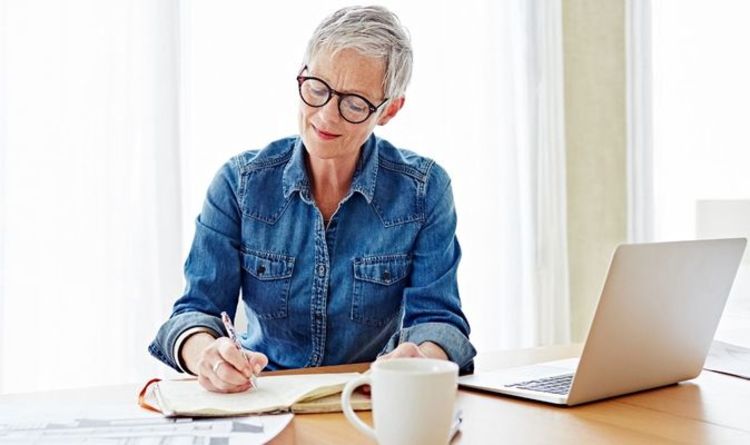 Sylvia was able to create her wealth over 67 years and started out with £2 investments every month. She started working in 1947 as a legal secretary and would purchase stocks for her boss.

After a while she started buying the same stock for herself, but in a smaller amount because she was on a secretary’s salary.

On MamaFurFur’s YouTube channel, Jennifer Kempson discussed Sylvia’s story and suggested how people can learn from it.

She explained that Sylvia was not born into wealth and her everyday life was very “constrictive”, but when she died in 2016, she had amassed over five million pounds, and donated a lot of this to charities that supported children’s studies.

MamaFurFur said: “She was hearing a lot of conversations about the worth of investments. She saw her bosses become richer and richer every single week and month because of their investments and the things they were investing in.

MamaFurFur explained that people can learn from Sylvia’s story and apply it to their own life for financial success.

“Sylvia was surrounded by lawyers and investors, she was elevated to their level as she heard their conversations on business, handling money, and investments.”

Additionally, Sylvia was detached from the money she invested.

Once her money was invested, she just forgot about it. The money was not needed for bills, or everyday expenses.

Over the years, as she would get returns from her investments, she was able to reinvest this money and she did not need it.

Mama FurFur continued: “She simply kept putting the money back into her investments into new options allowing it to grow over time as well.

“That’s why her little investments amassed to such large amounts. She did it on autopilot, allowing the value of the money to grow.”

Mama FurFur stressed the importance of compound interest. She urged people to create “lifetime habits”, rather than pursue quick wins.

She said: “It’s not what you invest in, it’s the habit that is there over a lifetime.

“She may not have had access to index funds and trackers, it was probably likely she was buying individual stocks.

“With stocks naturally some companies will fall away, but some grew exponentially.

“There’s no way to predict, but over time it doesn’t matter.”

Moreover, another takeaway mentioned from Sylvia’s story is that she lived within her means.

MamaFurFur explained that Sylvia lived a humble lifestyle and honoured the “one equation that matters when you want to grow your wealth”.

She added: “Your income has to be bigger than your outgoings. That means you’re in positive cashflow every month regardless of what you earn. She did not sacrifice anything to make any investment and did not rely on these investments, it was just something she was doing with her money to grow over time. “Investing was a habit she honoured rather than thinking, ‘I have to make this an income source’, or ‘It has to become something over a certain amount of time’. This allowed her to leave a huge legacy for thousands of people after she was gone.”

MamaFurFur concluded that for those thinking of doing something different and changing their mindsets, perhaps with investing – it’s valuable to do research before going into anything to make sure people fully understand it.

Investing can be a lifestyle habit, rather than a need, and it’s important to be aware that with investing, capital is at risk.