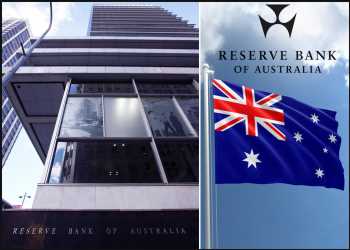 Australia’s central bank discontinued its government bond yield target and signaled that the rate hike is possible before 2024.

The policy board of the Reserve Bank of Australia headed by Governor Philip Lowe decided to leave its cash rate unchanged at a record low of 0.10 percent.

However, policymakers decided to discontinue the target of 10 basis points for the April 2024 Australian Government bond, citing the improvement in the economy and the earlier-than-expected progress towards the inflation target.

The board also voted to continue with the purchase of government securities at the rate of A$4 billion a week until at least mid February 2022.

The RBA is expected to scale back its weekly bond purchases from A$4 billion to A$3 billion in February and to end them altogether by August, Marcel Thieliant, an economist at Capital Economics, said.

The RBA will only raise rates to 0.75 percent by end-2023 instead of the 1.75 percent priced into financial markets, the economist added.

The bank said it will not increase the cash rate until actual inflation is sustainably within the 2 to 3 percent target range. This will require the labor market to be tight enough to generate wages growth that is materially higher than it is currently. This is likely to take some time.

The bank excluded the line, “The central scenario for the economy is that this condition will not be met before 2024.”

Lowe said the board is prepared to be patient, with the central forecast being for underlying inflation to be no higher than 2.5 percent at the end of 2023 and for only a gradual increase in wages growth.

Policymakers observed that the economy is recovering after the interruption caused by the Delta outbreak. The growth projection for this year was lowered to 3 percent, while that for 2022 was lifted to 5.5 percent. Growth is seen at 2.5 percent in 2023.