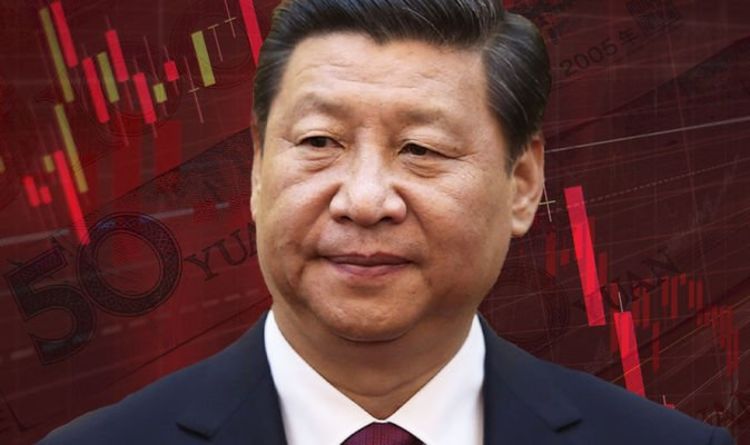 Such is the dire state of the company, experts now predict the company will announce bankruptcy in a “matter of days”. According to Deutsche Marktscreening Agentur (DMSA), the collapse of the company could now have dire consequences for the financial system. DMSA itself has invested in bonds paid to Evergrande and did not receive interest repayments from the company.

The interest repayments were due to be paid on November 10 after it missed the deadline last month.

Due to these missed repayments, DMSA is now preparing bankruptcy proceedings against Evergrande.

Senior analyst Dr. Marco Metzler from DMSA, said: “But while the international financial market has so far met the financial turmoil surrounding the teetering giant Evergrande with a remarkable basic confidence – one can also say: with remarkable naivety – the US central bank Fed confirmed our view yesterday.

“In its latest stability report, it explicitly pointed out the dangers that a collapse of Evergrande could have for the global financial system.

“But so far we have not received any interest on our bonds.

“With banks in Hong Kong closing today, it’s certain that these bonds have defaulted.”

Three bond repayments were also missed on November 10, which amounted to $148.13million (£109million).

“We are already holding talks with other investors in this regard.

“We would be pleased if other investors were to join our action group.

“As soon as a court opens insolvency proceedings, Evergrande will also be officially bankrupt – and that is only a matter of days.”

The company is not only the second-largest real estate company in China but one of the largest in the world.

The property market is essential for China’s GDP and is valued at $55trillion (£40trillion) – four times larger than the country’s GDP.

When including construction and property-related goods and services, the annual housing activity accounts for 29 percent of the country’s GDP.

There are fears the company’s collapse could now spark concerns across the financial system.

If one of the largest companies in the world could not back interest repayments, this could spook lenders and cause a credit crunch.

Indeed, some have drawn comparisons to the collapse of Lehman Brothers, who filed for bankruptcy thus sparking a financial crisis.