Homebuyers could be competing at property auctions against organised criminal gangs using Australia to launder their ill-gotten gains, according to evidence from law enforcement agencies at a federal inquiry.

Representatives from financial crimes regulator, Austrac, the Australian Federal Police and the Australian Crime Intelligence Commission told a Senate hearing into Australia’s money laundering laws that criminals are using lawyers, accountants and real estate agents to launder tens of billions of dollars in ill-gotten gains through the property market each year. 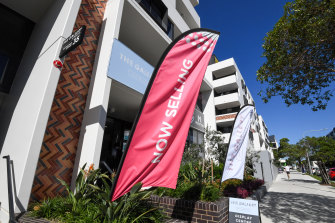 Austrac estimates that in 2020 alone Chinese interests laundered $1 billion through Australian real estate. The head of the Australian Federal Police’s asset confiscation taskforce, Stefan Jerga, told the inquiry there were times when prospective homeowners would be competing against money launderers at auctions.

“Without any histrionics… Of course there are examples of there not being a level playing field when you have a well financed organised crime using real estate to launder money. Yes, there will be instances,” he said.

The AFP told the inquiry that of the $187 million in assets it seized in 2021 financial year, $116 million were real estate assets. AFP Deputy Commissioner Ian McCartney said the AFP was supportive of expanding the anti-money laundering regime to take in real estate agents, accountants and lawyers saying there was evidence where individuals in the three ‘gatekeeper’ professions had been knowingly involved in money laundering.

The inquiry is reviewing whether Australia should implement new laws that require potential “professional facilitators” of large transactions – such as lawyers, accountants and real estate agents – to report suspicious dealings to regulators. Only Australia, Haiti and Madagascar are yet to expand their anti-money laundering and counter terrorism laws to include “professional facilitators” like agents, accountants and lawyers alongside banks and casinos.

Senator Deborah O’Neill pressed witnesses on the impacts the gaps in money laundering laws are having on home buyers.

ACIC executive director Robert Jackson said it would be hard for ACIC to define that someone was being outbid at an auction by someone looking to launder their ill-gotten gains. “Obviously, criminals do their very best to obfuscate and make it opaque as far as the dealings in any legitimate purchases.”

Austrac representatives also told the inquiry that their modelling indicated criminals using real estate to launder money could theoretically push up the price of homes.

“We note the widespread concentrated real estate purchases with proceeds (of money laundering) could drive prices up. And the word is could.” Austrac national manager intelligence partnerships Bradley Brown said.

“The logical economic consequence of an unequal market means that if a person like you and I was competing next to a person who had illicit proceeds of crime then it’s an unfair situation,” Mr Brown said responding to questions from Ms O’Neill.

But allegations that home buyers were potentially competing with crime gangs came as a surprise to the real estate agents lobby group, with the President of the REIA Adrian Kelly saying he had not seen any evidence that Australian real estate was particularly vulnerable to money laundering.

“To suggest that money laundering is pushing house prices up, I’m not sure that’s something that could be substantiated,” Mr Kelly said. He added the REIA was supportive of providing information to agencies to assist in their investigations but the industry was wary of the cost impost of being formally brought within the AML laws given many agencies were small businesses. His concerns were echoed by Liberal Senator Paul Scarr who said some of the information being sought from real estate agents could be provided by conveyancing lawyers processing transactions.