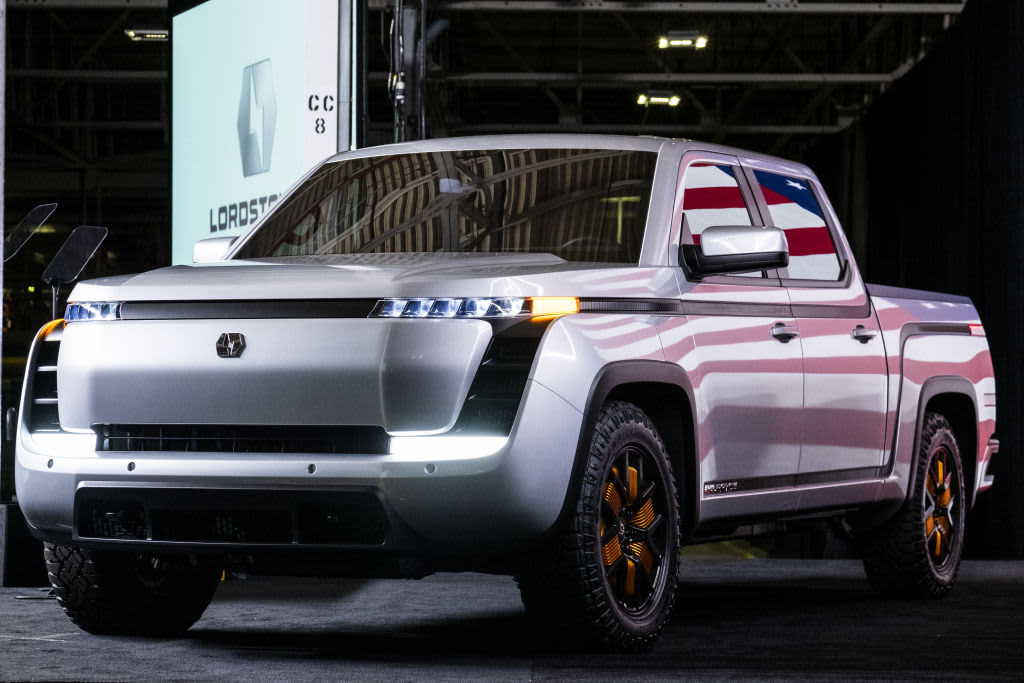 Check out the companies making headlines in midday trading.

Johnson & Johnson — Shares of the health care giant rose 1.7% after Johnson & Johnson announced a plan to split itself into two companies. The plan, which would take 18 to 24 months, would spin out the company's consumer products business from its pharmaceutical and medical device business.

Rivian — The newly public electric carmaker's shares extended their climb Friday, rising 4.2% after rallying more than 22% in the previous session. In the stock's market debut on Wednesday, it jumped 29%.

Lordstown Motors — The auto start-up's shares tumbled about 16%. The pre-revenue company reported a loss of 54 cents a share for the third quarter, which is slightly narrower than the estimated loss of 59 cents per share, according to Refinitiv. Lordstown said it plans to produce and deliver its Endurance truck in the third quarter of 2022.

WM Technology — Shares of the software company dropped 19% on Friday after its third-quarter results missed estimates on the top and bottom lines. WM Technology, which serves the cannabis industry, also issued fourth-quarter guidance that came in below expectations. The company said that competition from "non-licensed channels" was hurting its clients.

Warby Parker — Shares of the eyeglasses maker rose about 11% after reporting quarterly revenue that rose 32% from the same period a year ago. Revenue grew to $137.4 million, and sales were up 45% on a two-year basis.

Hewlett Packard — Shares of Hewlett Packard Enterprise dropped 7.5% after Goldman Sachs downgraded the stock to sell from neutral, citing a weakening IT spending environment in late 2021 and early 2022. The Wall Street firm cut its price target to $14 per share from $16 per share.

Target — Shares of the big-box retailer rose more than 2% after JPMorgan reiterated the stock as overweight ahead of its earnings report next week. The Wall Street firm said the stock is a "clear winner" heading into the holiday season.