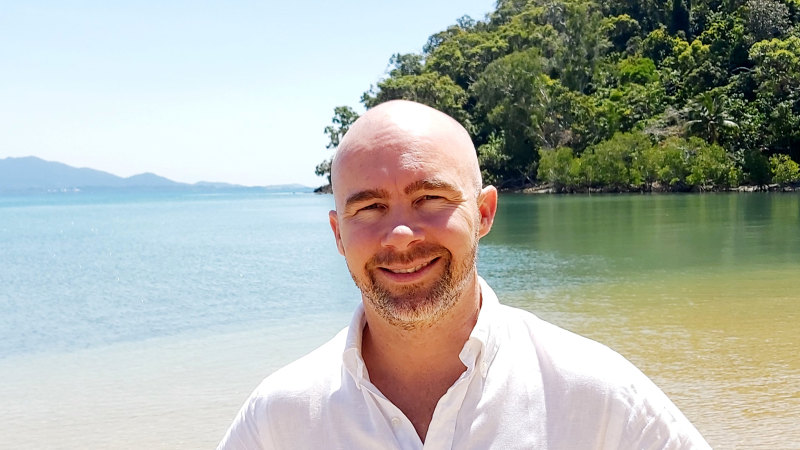 If you have never heard of James Mawhinney you may have dodged a bullet. He is the investment spruiker behind investment schemes that are responsible for unsophisticated investors – retirees and young families in the main – being deprived of more than $211 million of their savings.

Perhaps the most extraordinary twist to Mawhinney’s story took place on Tuesday when, after having been banned by the court in April for 20 years from raising funds through financial products, he landed in court again – this time for alleged contempt. 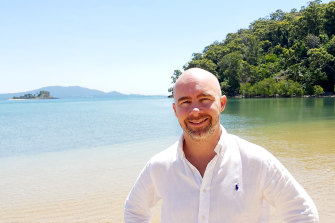 James Mahwhinney. Investors in Dunk Island are underwater after joining his Mayfair 101 fund.

On Tuesday the Federal Court heard an application from the Australian Securities and Investments Commission (ASIC) that Mawhinney allegedly failed to comply with orders banning him from raising funds.

In banning him the judge found, “Mr Mawhinney’s conduct can accurately be described as reprehensible conduct which demonstrates a complete disregard for financial services laws and, as a consequence, places the public at great risk of financial loss should Mr Mawhinney not be restrained by the form of injunction sought by ASIC.”

There isn’t much wriggle room there.

Bizarrely Mawhinney is said to have suggested that the latest fundraising efforts involved crowdsourcing to pay for the legal costs of defending the various actions taken by ASIC.

Mawhinney denied this saying the actions were “borrowing” to restore liquidity to the group in order to protect investors which included properly defending various proceedings.

The history of intervention by ASIC and its skirmishes with Mawhinney are both long and legendary.

In March 2021, the Federal Court found companies in Mawhinney’s Mayfair 101 Group made statements that were false, misleading or deceptive in advertisements for its debenture products.

And while Mawhinney’s war with ASIC has had its share of notoriety in the financial press as symbolising the dangers, risks and the unacceptable face of public investment schemes, Mawhinney’s now defunct Mayfair 101 group of companies barely scratches the surface.

For ASIC, attempting to keep the public safe from reckless, conflicted or dishonest investment schemes and investment advisers is akin to a game of whack-o-mole.

In the six months from January to June 2021, ASIC banned 70 people or companies from providing financial services or credit and 19 individuals from being company directors.

Most of them the public has never heard of.

Not so the Stirling Group which recently became the subject of a Senate inquiry before which ASIC boss Joe Longo appeared on Tuesday. It was during that grilling about the collapse of the group and the carnage of investors, that Longo’s defence noted that there are between 200-300 new managed investment schemes registered each year and at any one time there were about 3500 managed investment schemes in existence.

In many respects Mawhinney has been an old school spruiker and investors have been the definition of unsophisticated.

And most have traditionally found their investors using mainstream marketing channels, buying media advertisements, undertaking investment seminars or using high profile investment adviser celebrities. Mawhinney, who has been described as something of a charismatic marketing guru, struck gold this way. He even nominated as an attribute that he was “no Christopher Skase”.

One of his more famous marketing moments was transporting a bunch of second rate celebrities to Dunk Island to capture and relay to potential investors a champagne celebration on Instagram.

Mayfair 101 had bought Dunk Island in 2019. By 2020 it had been repossessed. Mayfair had backed an array of ventures from a restaurant payments app to a mobile laundry service, according to the The Australian Financial Review.

In many respects Mawhinney has been an old school spruiker and investors have been the definition of unsophisticated.

ASIC Deputy Chair Karen Chester claimed success against Mayfair 101 and Mawhinney, noting the $211 million in investor losses on the back of multiple product failures across the Mayfair 101 Group.

“This action is one of several under ASIC’s ‘True to Label’ project targeting investment managers and issuers of other financial products who have lured unsophisticated investors into high risk products via misleading marketing,” Chester said.