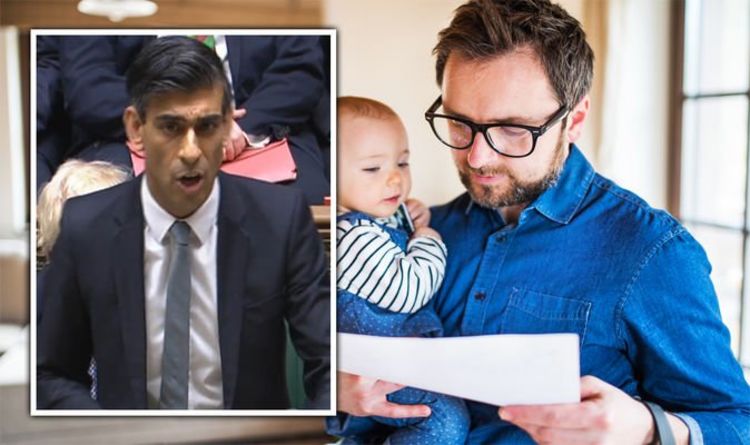 Rishi Sunak questioned on possibility of being Prime Minister

Child Benefit can be claimed by any person responsible for a child and while there is no income limit, those earning above £50,000 will be hit by the HICBC. While this is intended to only impact high earners, recent analysis shows those with limited disposable income are struggling with the charge and the Government has been pushed to raise the threshold.

Recently, Patricia Gibson, the SNP Shadow Secretary of State for Housing, Communities and Local Government, pushed the Government on Child Benefit in Parliament.

She said: “To ask the Chancellor of the Exchequer, what plans he has to raise the High Income Child Benefit Charge (HICBC) threshold; and what recent assessment he has made of the impact of that threshold on families with one working parent on a low to average income.”

Yesterday, Simon Clarke, the Chief Secretary to the Treasury, responded to this query. He said: “The Government is committed to managing the public finances in a disciplined and responsible way by targeting support where it is most needed.

“The adjusted net income threshold of £50,000 only affects a minority of individuals, with comparatively high incomes. Individuals claiming Child Benefit with average and low incomes are not liable to pay HICBC. If a claimant lives with a partner earning above £50,000, their partner will be liable to pay the charge.

“The Government therefore believes that the current threshold for HICBC remains the best option at present. As with all elements of tax policy, the Government keeps this under review.”

While the Government argues this charge only impacts a minority of families, the Low Incomes Tax Reform Group (LITRG) noted the reality is not so straightforward.

“The charge is not meeting its original objectives”

Last month, LITRG also urged the Government to raise the HICBC threshold. The organisation highlighted it is now contrary to the original policy intent that basic rate taxpayers are now liable to the charge. Specifically, LITRG suggested the threshold go up from £50,000 to £60,000, to take account of nearly nine years of inflation.

Tom Henderson, Technical Officer for LITRG, commented: “When the HICBC was announced in 2010, and introduced in January 2013, the Government’s policy intent was that it would only affect higher-rate taxpayers. For the 2012/13 tax year, the higher-rate threshold – the point at which an individual is liable to the higher rate of tax – was £42,475.

LITRG explained an individual can be liable to the charge even though it was their partner who claimed Child Benefit, which is contrary to the principle of independent taxation (this is supposed to mean individuals are taxed separately on their income and capital gains without reference to their partner).

LITRG argued that, “despite its name,” the HICBC can have consequences for those who do not consider themselves to have a high income. This is because the measure used to determine liability to the charge ignores factors such as whether the household has only a single earner, housing costs or family size.

This means families can be caught by the charge despite having very little disposable income. Alternatively, individuals who usually have a lower income may end up being liable to the charge because of a one-off event, such as taking money out of their pension.

Additionally, as the charge can affect taxpayers whose only source of income is already fully taxed under PAYE, there is a significant lack of awareness among those affected. This has led to taxpayers receiving backdated assessments of unaffordable sums.

Those who earn over £60,000 are also required to repay their Child Benefit payments in full to the Government and LITRG also called for this to be changed. The organisation said this threshold should be raised to £75,000.

The reason for this is to address the fact that larger families can face high effective marginal tax rates when they are liable to the charge. It explained: “For example, where the charge applies to withdraw a child benefit claim for two children, the taxpayer must pay £60 in tax and National Insurance for an additional £100 earned between £50,000 and £60,000. For three children, the rate increases to £67 for an additional £100 earned.”

Mr Henderson concluded: “The HICBC has been a controversial policy since its introduction. We urge the Government to carry out a review of the policy and address those areas where the charge is not meeting its original objectives.”

LITRG noted the mere existence of the charge can discourage people from claiming Child Benefit entirely. This can have consequences for the would-be claimant’s state pension record, as they potentially miss out on National Insurance credits. They could still get the credits, but must complete the Child Benefit claim form and state they want to waive the payment but get the credits.

This is important to note as only one person can get Child Benefit for a child and as such, parents will need to decide who among them will make the claim and potentially get the National Insurance credits.

Child Benefit itself can be claimed for any child who is under 16 or under 20 if they stay in approved education or training. It’s paid once every four weeks and there’s no limit on how many children can be claimed for.

Currently, there are two Child Benefit rates. Claims for an eldest or only child will bring in £21.15 per week. For additional children, £14 will be paid.

Claims for Child Benefit can be made from as soon as the child’s birth has been registered. It can take up to 16 weeks to process a Child Benefit claim but the payments can be backdated by up to three months.

To make a claim for the first time, a CH2 form will need to be completed and sent to the Child Benefit Office. Additionally children can be added to an existing claim if the child is under six months old and lives with the claimant, was born in the UK and their birth was registered in England, Scotland or Wales more than 24 hours ago and the claimant is a UK or Irish national and they’ve lived in the UK since the start of the claim.

Claimants will be responsible for keeping the Government updated with any changes in circumstance and the Child Benefit office can be contacted where additional help is needed.