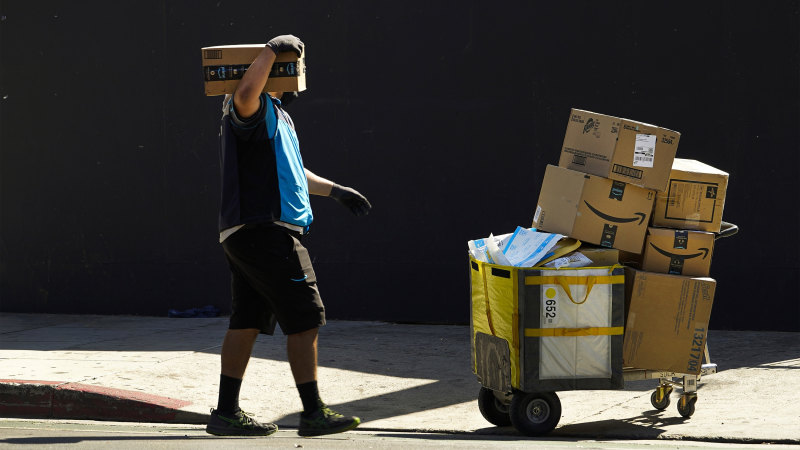 A Reddit forum for people who have quit their jobs is seeing interest skyrocket during the Great Resignation — and now it’s using that momentum to take on one of the world’s largest companies.

The r/antiwork forum is calling for its more than one million members to boycott Amazon on Black Friday, the day after America’s Thanksgiving holiday, when retailers usually see a huge surge in shopping. The group originally planned to lead a broader strike among retail workers but switched to a boycott. 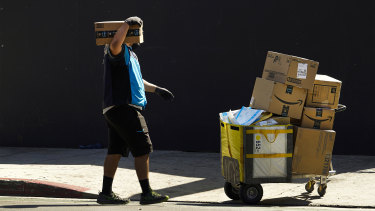 An Amazon employee at work. The group originally planned to lead a broader strike among retail workers but switched to a boycott.Credit:AP

“Do not shop at Amazon on Black Friday. Do not even visit the Amazon web page or app. This is an easy task to undertake, but it will have some very powerful outcomes,” one user wrote in a post called Black Friday Boycott that’s been upvoted 2200 times. “By focusing our efforts on one enemy, we make it easier to participate, and Amazon is the digital fiefdom most vulnerable to these boycotts.”

Designed for those who “want to end work” or “want to get the most out of a work-free life,” the forum has gained popularity among underappreciated and burnt-out workers who are increasingly dissatisfied with corporate America. Screenshots of people quitting their jobs and posts about toxic work environments receive thousands of likes and hundreds of comments. Corporate greed and the failures of capitalism are popular topics.

The group is currently among the top 15 fastest growing forums on Reddit, according to the site’s public metrics. Although it’s been around since 2013, subscriber growth spiked this fall — doubling in the last two months alone. That coincides with a wave of employees leaving their jobs around the world. In the US, a record 4.4 million people quit their jobs in September, according to Labor Department data.

All those people are part of a trend called “The Great Resignation,” in which a range of factors from record wage gains to employers desperate for workers to high savings rates are allowing waves of employees to resign. The pandemic has also driven many to re-evaluate what they want out of their careers and their lives. Some want even more flexibility from their jobs or are seeking more meaning from their roles. Others were forced to find new employment when entire industries went dark.

The turnover trend may have some staying power. In a recent Quinnipiac poll, more than 40 per cent of respondents between the ages of 18 and 49 — or someone in their household — were planning to change jobs in the near futures for better pay or working conditions.

While the Reddit forum won’t be leading a strike on Black Friday, other groups certainly are. Journalists at the New York Times’ Wirecutter unit will refuse to work because the company is refusing to agree to an initial collective bargaining agreement with significant guaranteed wage increases, they say.

The r/antiwork members hope to lead a strike one day, but not yet.

“This boycott is very different from another failed general strike,” the post said. “No one risks losing their livelihood, we have no pretense of extracting concessions, at least not this time, and it helps grow a community that will become increasingly capable of empowering the workers of the world.”