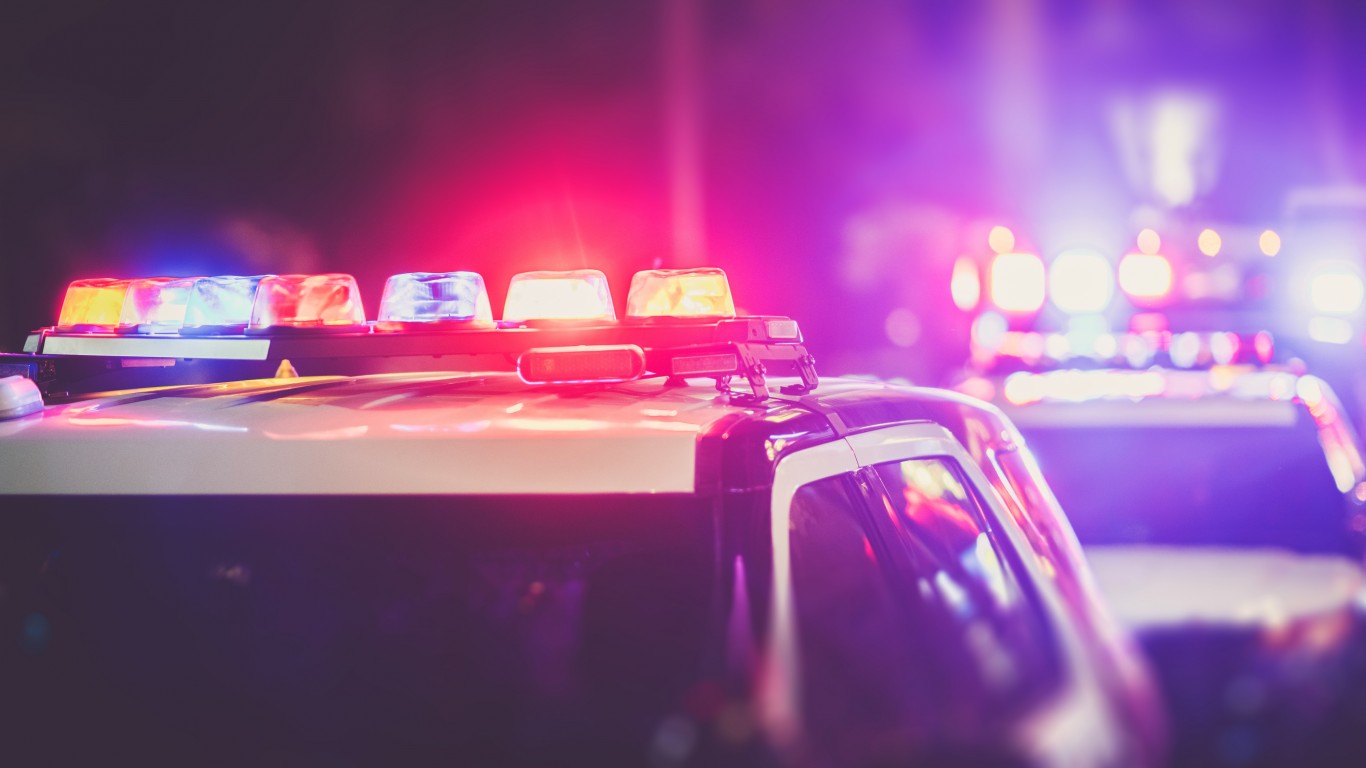 Violent crime inched up by about 5% in the United States in 2020. The increase was led by a 29% surge in homicides — the largest such increase on record. Not all forms of criminal violence increased in frequency last year, however. Continuing a multi-decade downward trend, the robbery rate declined in the U.S. in 2020 and is now at its lowest level since at least the mid-1980s.

According to the FBI, robbery is a crime in which force or the threat of force or violence is used to take, or attempt to take, anything of value from another person. The largest share of robberies in the United States are committed on streets or sidewalks. Handguns are the most commonly used weapon in robberies, and more often than not, among the cases where a suspect can be identified, the offender and victim are strangers to one another.

Despite the long-term decline in robberies nationwide, there were still nearly a quarter of a million robbery cases reported in the U.S. in 2020, accounting for about 19% of all reported violent crimes — and in some parts of the country, robbery is far more common than average.

Using data from the FBI’s 2020 Uniform Crime Report, 24/7 Wall St. identified the metro areas with the most robberies. Metropolitan areas are ranked by their robbery rate — specifically, the number of reported robberies for every 100,000 residents.

Though robbery is only one of four broad categories of violent crime — along with rаpe, aggravated assault, and homicide — all but a handful of the metro areas on this list also have higher than average overall violent crime rates.