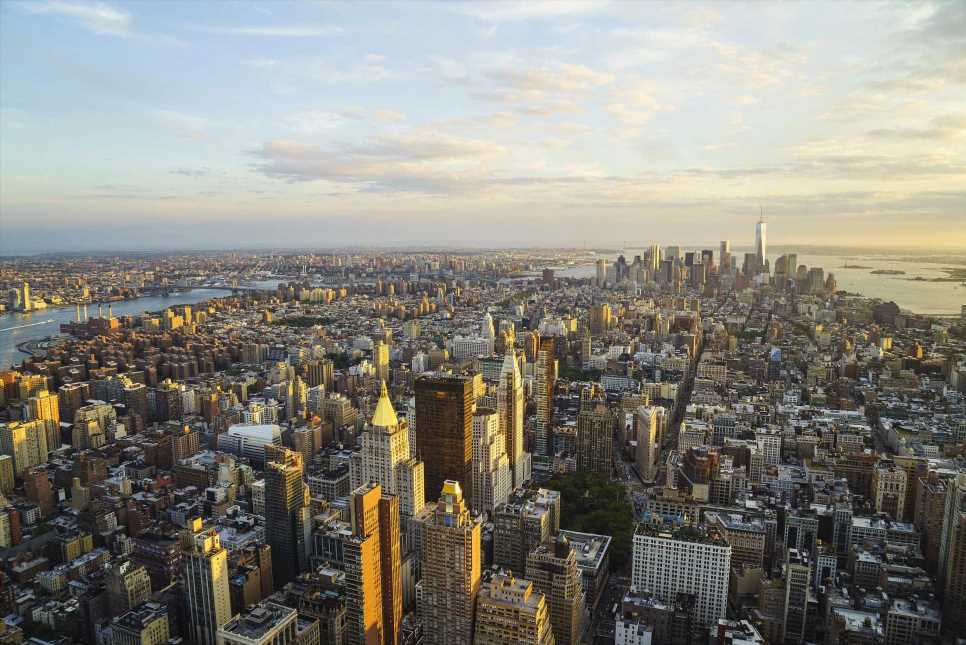 New York City’s economic recovery index made slight progress, rising to notch an overall score of 81 as of Nov. 13. It was the fifth week the index breached an overall score of 80. A jump in restaurant reservations and subway ridership, along with a decline in unemployment claims buoyed the score, while plunging home sales and an uptick in COVID-19 hospitalizations held the index back.

Though COVID-19 vaccination rates in the state of New York continue to rise, vaccine mandates have resulted in shortages of essential personnel from nurses to teachers. An estimated 90% of federal employees nationwide will have received at least one shot as of next Monday, the deadline for President Joe Biden’s executive order issued back in September.

New York City’s recovery stands at a score of 81 out of 100, according to the New York City Recovery Index, a joint project between Investopedia and NY1. Over a year and a half into the pandemic, NYC’s economic recovery is just over four-fifths of the way back to early March 2020 levels.

The CDC continues to project that roughly 99.9% of new cases in the New York region (along with New Jersey, Puerto Rico, and the U.S. Virgin Islands) are linked to the delta variant. A total of 1,147,145 cases and 34,747 deaths were recorded in New York City as of Nov. 23.

As of Nov. 22, New York State has fully vaccinated approximately 68.85% of its broader population and is on pace to fully vaccinate 70% by late January of next year. In a national ranking of state vaccination efforts, New York State came in 7th out of 50 states, districts, and territories, according to CDC data and analysis by Verywell.

The city’s rate of unemployment claims fell to an estimated 38% above pre-pandemic levels as of Nov. 13, in a significant improvement from the prior week’s 50% as seasonal hiring ahead of the holidays begins to pick up. It was one of the lowest rates of unemployment claims registered since the start of the pandemic, and tied for the measure’s best week. Continued momentum in this direction could bring it to a new low, as New York’s labor market stabilizes.

The number of pending home sales in New York City fell by 38 homes as of Nov. 13, reversing gains from the week before and causing the housing market’s subscore to decline. However, sales in the city are still running 48% above pre-pandemic levels, with 647 homes pending sales over the week, compared to 435 in 2019. By borough, sales in Manhattan are up 58.3% compared to pre-pandemic levels, while sales figures in Brooklyn are up 52.8%, and Queens is up 50%.

With 105 fewer available residences on the market as of Nov. 13, New York City’s rental market index fell from a score of 89 to 88. There were a total of 15,384 residences on the market compared to 15,489 the week before. Though its score is in the 80s, the rental market continues to be one of the best-performing measures in the index, and has effectively recovered from the COVID-19 pandemic.

Subway ridership reached a new milestone as of Nov. 13, as vaccination rates rise and more workers return to offices. Ridership surged to 40% below pre-pandemic levels, for the first time since the onset of the pandemic, after the measure had lingered near the 50% mark for several months. The Metropolitan Transportation Authority (MTA) estimated a trailing seven-day average of close to 2.83 million riders on public transport.

Restaurant Reservations On A Roll

The city’s restaurant reservation index continued to make gains, and surged from 45% to 36% below 2019 levels as of Nov. 13, according to OpenTable estimates, in its best score since the onset of the pandemic. It also marks the end of the measure’s months-long lull near the 50% mark. Another week like this one could bring the measure near a full recovery, if winter weather doesn’t hold back diners.