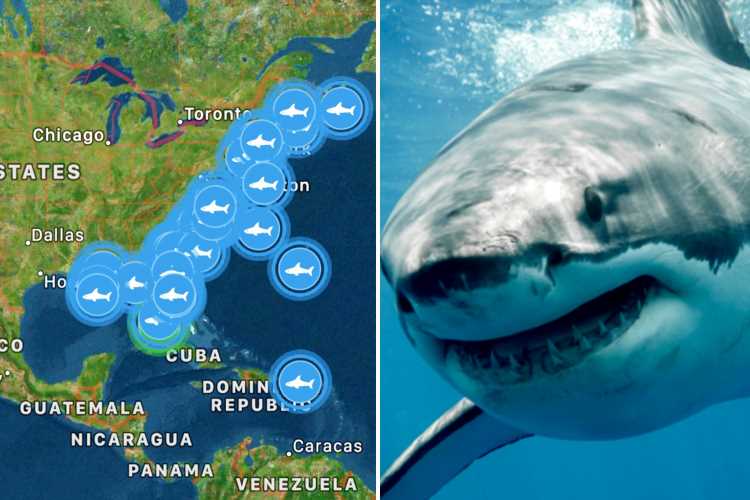 A LIVE shark tracker has alerted users to a large amount of great white sharks amassing on the US East Coast.

A tweeted screenshot of the shark tracker has gone viral and people are both panicking and joking about the influx of man-eating creatures. 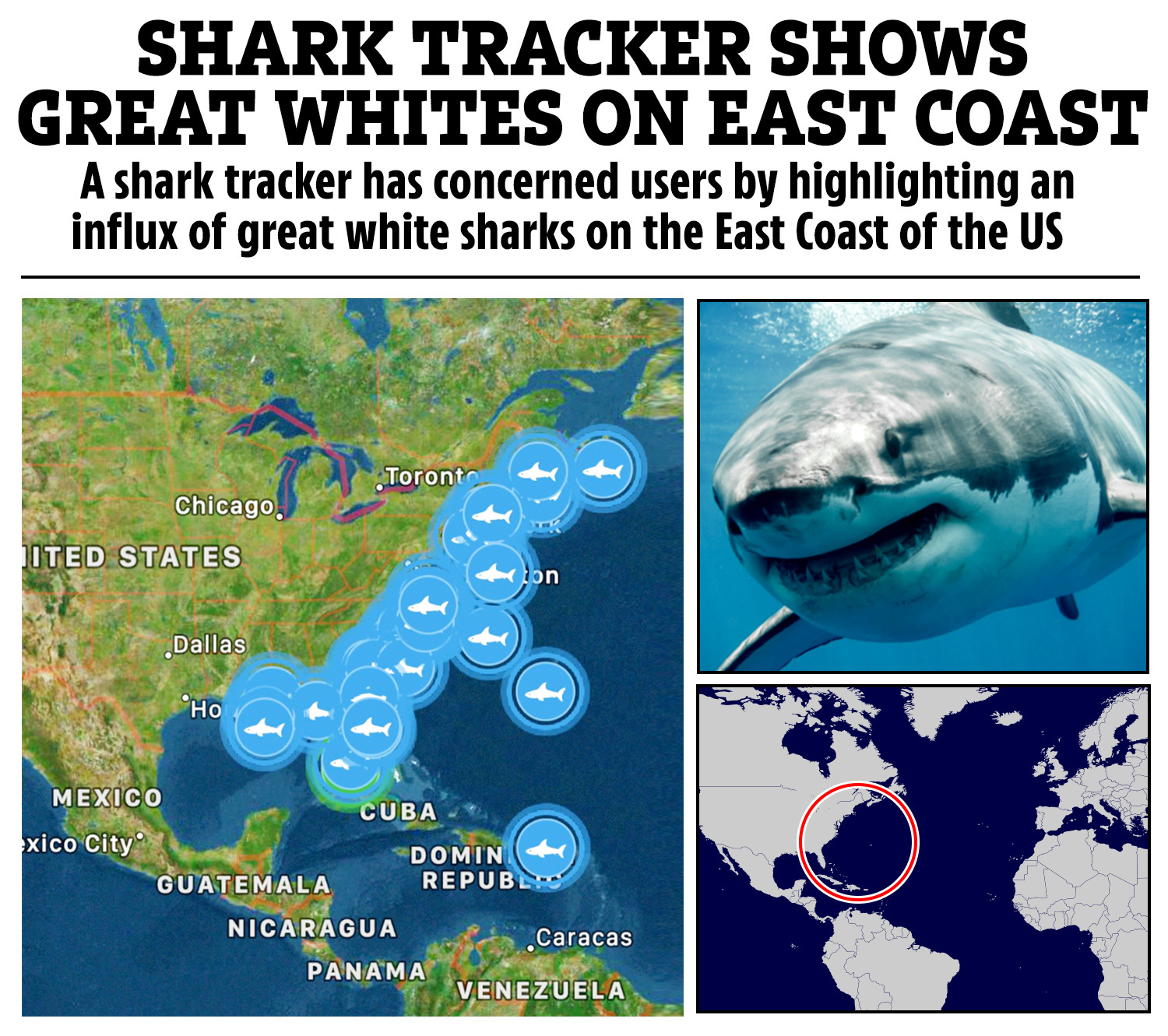 Twitter user @stuart appears to have started the shark discussion by tweeting a screenshot from the Ocearch shark tracker and saying: "sharks are amassing on the east coast."

They added: "I occasionally log in to check that the nearest Great White is at least 2000 miles away."

The Twitter user was then shocked to be notified of around 100 sharks very close to the East Coast.

One person replied: "Is this normal? Or could this be a sign of a natural disaster? Or am I overthinking this?"

Lots of users also joked about a sea turtle, called Junonia, that's flagging up in amongst the sharks.

One person tweeted: "Saw someone tweet about how all the sharks are gearing up to take over the east coast so I popped open my Shark Tracker app and discovered there’s a bad b**** sea turtle getting in the mix as well. Go Junonia"

Although the screenshot looks concerning, there is actually no need to panic.

The shark tracker is run by Ocearch and they gave us a reasonable explanation for the large number of predatory fish on the East Coast.

A spokesperson for Ocearch told The Sun US: "We are currently studying the Northwest Atlantic White Shark, the white sharks that live off the Eastern United States and Canada.

"This is why we have so many recently tagged sharks in this area. We have tagged 83 white sharks in the NW Atlantic."

However, a shark expert also told us that climate change could be playing a role.

Dr Christopher Lowe, Director of the Shark Lab at California State University, told us: "This isn’t terribly uncommon since most of these sharks were likely tagged at nearshore locations.

"Although, this is typically the season when smaller sharks are migrating to warmer southern waters.

"Much of this pattern is likely attributed to changing oceanographic conditions caused by climate change."

In other news, Android users are being warned to update their phone’s privacy settings after a new update could leave their devices vulnerable.

Samsung has killed off one of its most beloved smartphone ranges, according to reports.

And, a tech expert has revealed some exciting hidden Google features in a popular TikTok video.