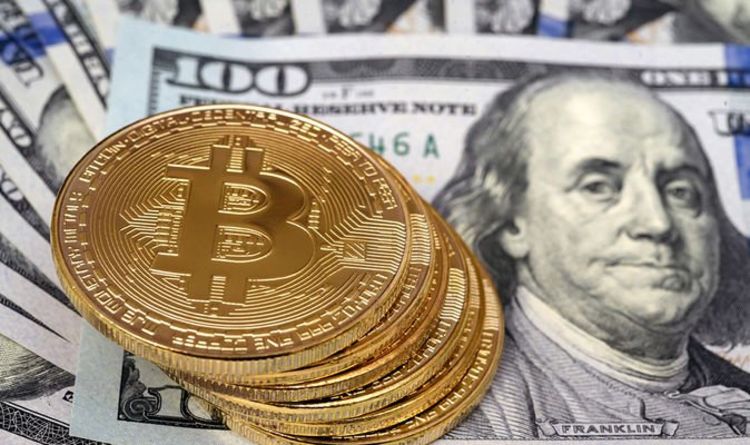 Bitcoin has been backed by a bank CEO to reach an all-time high in 2022 after a typically up and down start to the year. Guido Buehler of the Seba bank in Switzerland, said the cryptocurrency could reach as high as $75,000 (£54,581) over the next 12 months as more institutional investors embrace it, crossing the current all-time high of $69,000 (£50,000), which it hit in November last year. Mr Buehler said: “Our internal valuation models indicate a price right now between $50,000 and $75,000. I’m quite confident we’re going to see that level.

“The question is always timing. Institutional money will probably drive the price up. We are working as a fully regulated bank. We have asset pools that are looking for the right time to invest.”

Bitcoin has long divided opinion – some think it is a revolutionary way to change how the global economy operates, but others criticise the unregulated, unpredictable nature of cryptocurrencies.

Professor Carol Alexander of Sussex University believes other cryptocurrencies will make currencies like the dollar, the pound and the yen less relevant.

She told Express.co.uk that Ether, DOT, ADA and SOL, which are traded on the Ethereum, Polkadot, Cardano and Solana blockchains respectively, are the future.

Prof Alexander said: “Ether, DOT, ADA and SOL are going to become really important commodities because you will need them to put things on the blockchain.

“This is way far into the future, but the pound, the dollar, the yen will no longer have the relevance that currencies for blockchains have, which will be international.

“The global economy will be powered by blockchains, not countries. This is where I see it ending up.”

On why Bitcoin will fail, she added: “Web 3.0 is here now, and it’s growing. Bitcoin is a blockchain that can’t carry smart contracts. It was a joke from the beginning.

“The Bitcoin blockchain is obsolete, and if the coin is useless, it just becomes a speculative asset that can be played with by Wall Street giants.

“2022 will be the year of the coin. Ether, DOT, ADA and SOL – these coins power very good blockchains which power Web 3.0.

“Bitcoin uses up far too much energy, these other coins don’t. 2022 will be the year of the coin, but not Bitcoin.”

Goldman Sachs said last week that Bitcoin could reach a milestone value of $100,000 (£74,000) this year as it continues to take market share from gold.

Analysts at the Wall Street bank estimate that Bitcoin’s market capitalisation is just under $700billion (£516billion).

The bank added that while Bitcoin’s consumption of natural resources may be a barrier to institutional adoption, this wouldn’t hurt demand for the asset.