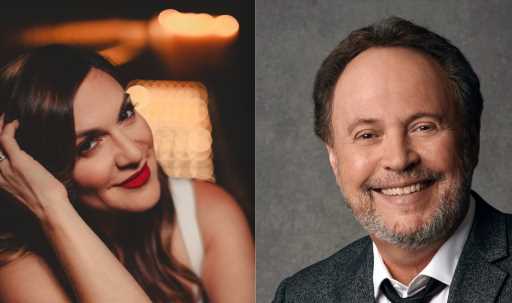 Also announced were new preview and opening dates: The musical will now begin performances on March 29 at the Nederlander Theatre, with an official opening night of April 27. With the arrival of Bean, the show’s casting is complete.

The Wicked and Waitress actress joins an ensemble that includes the previously announced Crystal, Randy Graff, David Paymer (recreating his Oscar-nominated performance as Buddy’s brother Stan Yankelman from the 1992 film), and Chasten Harmon.

Bean will play the role of Susan Young. The Broadway company also will include Jordan Gelber, Brian Gonzales, and Mylinda Hull.

Mr. Saturday Night, based on Crystal’s ’92 film, tells the story of Buddy Young Jr., “an outrageous and outspoken comedian who found fame, if not fortune, in the early days of television. Now, some 40 years after his TV career flamed out, Buddy seeks one more shot at the spotlight, and while he’s at it, one last shot at fixing the family he fractured along the way.”

The score features music by Jason Robert and lyrics by Amanda Green. John Rando will direct, with choreography by Ellenore Scott.

Bean has recorded three solo albums, and made her Broadway debut in the original cast of Hairspray. She was the ﬁrst replacement for Elphaba in Wicked and starred most recently as Jenna in Waitress.

Based on the Castle Rock Entertainment motion picture, Mr. Saturday Night is written by Crystal, Lowell Ganz and Babaloo Mandel and based on a concept by Crystal.

The production had previously been scheduled to start on March 1, with a March 31 opening.