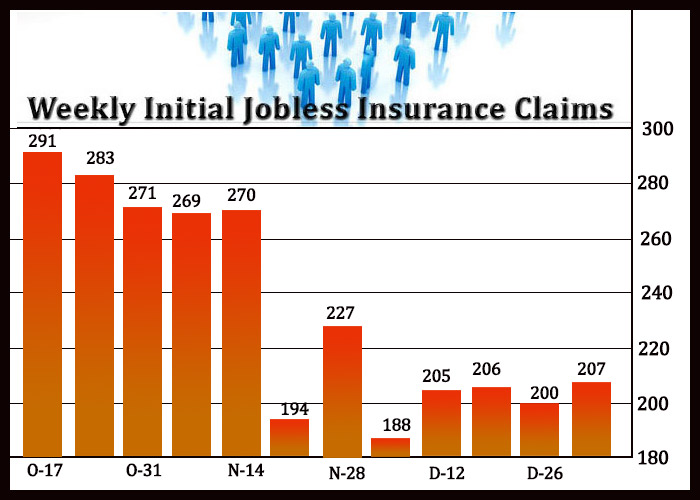 The uptick came as a surprise to economists, who had expected jobless claims to edge down to 197,000 from the 198,000 originally reported for the previous week.

“The Omicron surge in coronavirus cases may have helped to prop up claims, but it’s difficult to say conclusively since the claims data are still subject to seasonal noise,” said Nancy Vanden Houten, Lead Economist at Oxford Economics.

She added, “Assuming any layoffs related to Omicron are limited amid tight labor market conditions, we expect initial claims to continue to hover around the 200k mark.”

The Labor Department said the less volatile four-week moving average also inched up to 204,500, an increase of 4,750 from the previous week’s revised average of 199,750.

Continuing claims, a reading on the number of people receiving ongoing unemployment assistance, also rose by 36,000 to 1.754 million in the week ended December 25th. In the previous week, continuing claims hit their lowest level since March of 2020.

On Friday, the Labor Department is scheduled to release its more closely watched report on employment in the month of December.

Economists currently expect employment to jump by 400,000 jobs in December after rising by 210,000 jobs in November. The unemployment rate is expected to edge down to 4.1 percent from 4.2 percent.