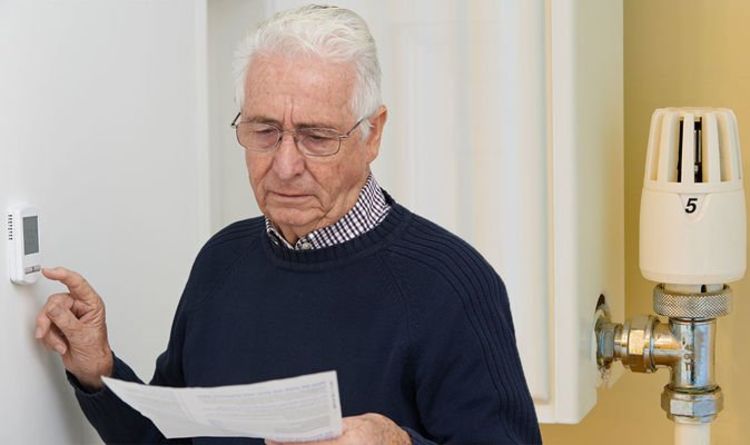 Energy bills: Woman explains how she cuts back on energy

According to John Lawless, a heating expert from heating supplier BestHeating, there are a number of energy-saving myths out there that although suggest they can save you money, might actually be costly mistakes.

He added: “Bills are rising sharply for many this winter and it is vital that those who follow misconceptions around heating know what they are doing wrong so that they can save as much money as possible and set the thermostat at the correct temperature.”

Which heating myths should you be wary of?

You should turn the heating up when it’s cold outside

In a recent BestHeating poll, 42 percent of those surveyed said they turn their thermostat up when it’s cold outside.

However, according to Mr Lawless, this is not necessary.

He said: “This isn’t needed as the thermostat is there to maintain the internal temperature, whatever the weather.

“It also doesn’t help to turn the thermostat up to try and heat a room quicker as this only makes the room warmer at the same speed.

“Doing either of these will cost you money without reward as it will not make a house feel warmer at all.”

Turn up the heat if you have pets

More than a fifth of Britons say they keep the heating on when they are not home and at night because they believe their “pets want this”.

According to Mr Lawless, however, this isn’t true.

He said: “Large, animals with thick coats tend to prefer temperatures low whilst only your hairless small cats and dogs prefer a warmer feeling.

“You should always provide your pet with a soft, warm bed, and open the curtains so the sun shines in, giving them a place to sunbathe.”

Falling victim to this myth could end up costing you “around three times” as much money.

“Obviously if you forget to turn off radiators in rooms you aren’t in then an electric heater will prove cheaper, but this isn’t being savvy with your bills.”

This myth is based on the idea that black absorbs heat quickly and as a result will transfer heat out at a better rate than white or other coloured radiators.

“A good idea is to put reflective panels behind radiators, these will help cut energy use by reflecting heat from the radiator back into the room, preventing an escape through external walls.”

According to Mr Lawless: “Two-fifths believe this to be true and the size of a boiler does matter but it must be in relation to the size of the house.

“Having a massive boiler in a regular-sized home will make you waste money on your bills.”

Homeowners should also have a good understanding of how their boiler works.

A recent BestHeating survey revealed that 62 percent of those surveyed said they don’t know what the valves on a radiator or boiler do.

Mr Lawless added: “The amount of heat that you get from the boiler is determined by the size of your radiators, meaning that if you have a high output boiler but small radiators it is not going to have any effect.

“Finding a correct sized boiler that doesn’t work too hard and doesn’t have too much to give out is the most energy-efficient and cheapest way.”