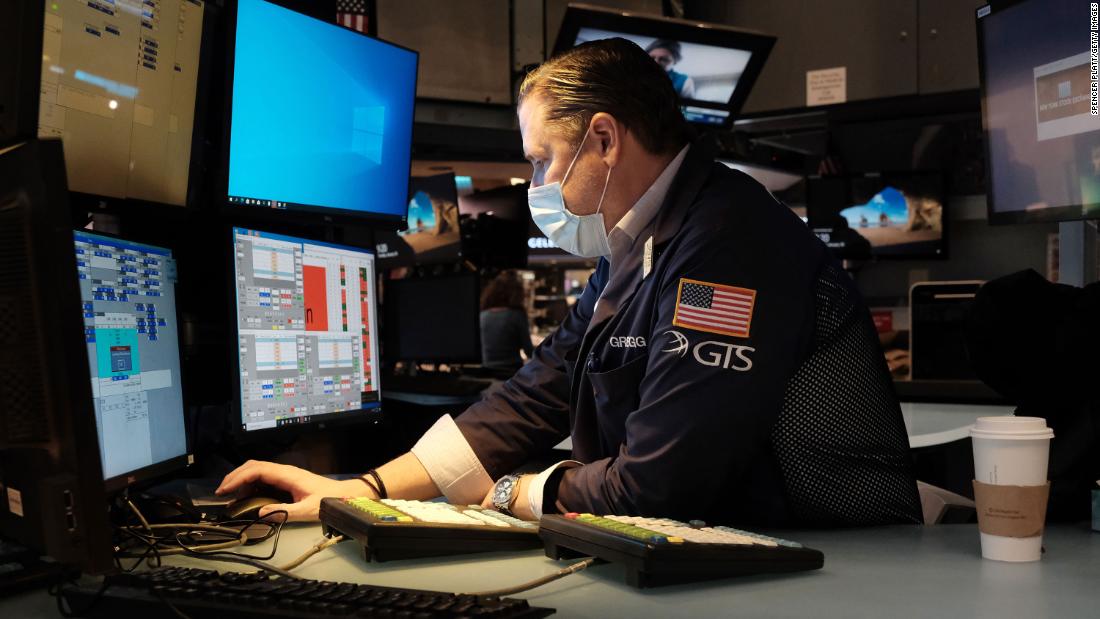 London (CNN Business)Persistently high inflation has dealt investors a wake-up call this year, sending them scrambling to re-engineer their portfolios in anticipation of more aggressive action from the Federal Reserve.

The tech-heavy Nasdaq Composite is down almost 10% from the all-time high it notched in mid-November. That means the index is flirting with a correction.
“You’ve had a big clear-out,” IG chief market analyst Chris Beauchamp told me.

The entire tech sector has been hit hard as Wall Street reacts to the highest consumer prices in the United States in almost four decades.

Government bond yields, which move opposite prices, have been rising sharply in anticipation of a stronger intervention by the Fed, which is about to start raising interest rates after a long period of easy money. That makes riskier assets with rich valuations look less attractive.

The ARK Innovation exchange-traded fund, whose top holdings include Tesla (TSLA), Roku (ROKU), Teladoc Health (TDOC), Zoom Video (ZM) and Coinbase, has lost more than 30% since the Nasdaq peaked.
Bigger tech companies with more cash on hand are much less sensitive to interest rate hikes. But they haven’t been spared as investors reduce their holdings in the entire sector. Apple (AAPL) and Amazon (AMZN) are more than 4% lower so far this year, while Facebook owner Meta (FB) is down 5% and Google parent Alphabet (GOOGL) is off 6%.
Is this a turning point as the pandemic economy enters a new era? Since 2020, tech companies have powered huge market gains, increasing their clout and generating substantial returns for shareholders.
Not quite, according to analysts. They see the declines as a short-term adjustment rather than the start of a longer period of weakness.
“We have been braced for heightened volatility as markets digest signals from the Fed that tightening will come both sooner and faster than previously expected,” Mark Haefele, chief investment officer at UBS Global Wealth Management, said Wednesday. “But while we believe the Fed is likely to raise rates as soon as March, with three hikes in 2022, this shouldn’t derail the economic expansion or the equity rally.”
A bounce for tech stocks is likely, but probably not before the Fed’s meeting next week, Beauchamp said. Investors are also waiting for results from the industry’s biggest players for the final three months of 2021.
“Investors are in a much more demanding mood than they have been for a long time [with] earnings,” he said, noting that shares of JPMorgan Chase (JPM) and Goldman Sachs (GS) both fell this week after their earnings releases.
That means those who want to buy tech shares at a cheaper price may wait a bit longer to scoop them back up. Beauchamp is confident that moment is coming — it’s just a question of when.

Microsoft (MSFT) is dramatically ramping up its focus on gaming as the world’s second-largest public company looks to the future.
The latest: On Tuesday, Microsoft announced plans to acquire Activision Blizzard (ATVI) in a blockbuster deal valued at $68.7 billion, one of the tech industry’s biggest ever. If the deal closes, Microsoft says it will become the third-largest gaming company by revenue behind only Tencent and Sony. 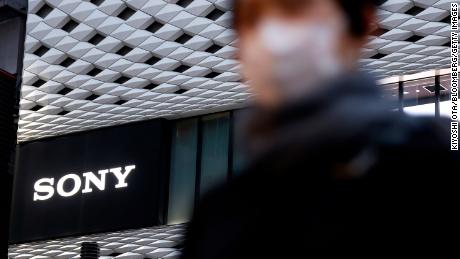 The agreement still needs the okay from Activision Blizzard shareholders and regulators, who may be skeptical.
The strategy: Microsoft has ramped up its focus on gaming in recent years, especially as the pandemic meant more people were staying home and using gaming systems. One year ago, its gaming revenue surpassed $5 billion for the first time on huge demand for its Xbox consoles.
Activision owns popular franchises including Call of Duty, World of Warcraft and Candy Crush. Its games have 400 million monthly active players. Microsoft would also acquire Activision’s global game studios and its nearly 10,000 employees.
But the deal isn’t without controversy. Activision’s shares have plunged since the state of California filed a lawsuit against the company last summer, alleging that a “frat boy” work culture subjected female employees to discrimination, sexual harassment and unequal pay.
“We believe that creative success and autonomy go hand-in-hand with treating every person with dignity and respect. We hold all teams, and all leaders, to this commitment,” Phil Spencer, Microsoft’s gaming chief, said in a statement Tuesday. “We’re looking forward to extending our culture of proactive inclusion to the great teams across Activision Blizzard.”
On Tuesday, shares of Activision rallied 26%, while Microsoft closed more than 2% lower amid a wider sell-off in tech stocks.
Watch this space: Sony’s stock plummeted Wednesday as investors assessed a new competitive landscape. The Japanese maker of the PlayStation console dropped nearly 13% in Tokyo, its worst one-day performance since 2008.

Why orange juice prices have leaped

Oranges are in trouble, and the market is taking notice.
Frozen orange juice futures have surged more than 50% during the pandemic, with disease and bad weather constraining supplies at a moment of elevated demand. Last week, they rose to a two-year high, my CNN Business colleague Danielle Wiener-Bronner reports.
“You have your classical supply-demand mismatch,” said Shawn Hackett, president of Hackett Financial Advisors, which specializes in agricultural commodities. Because of that, consumers should expect “much higher prices at the supermarket,” he added.
Last week, the US government said it expects Florida to produce 44.5 million boxes of oranges this year as it continues to battle a disease known as “citrus greening,” which leads to smaller oranges and less fruit per tree. That would be the smallest harvest since the 1944 to 1945 season. The effects of Brazil’s drought last year are also still feeding through the system.
On the radar: The anticipated spike in orange juice prices comes as consumers digest broad inflation, especially for groceries. Over the past year, the cost of food consumed at home in the United States rose 6.5%.