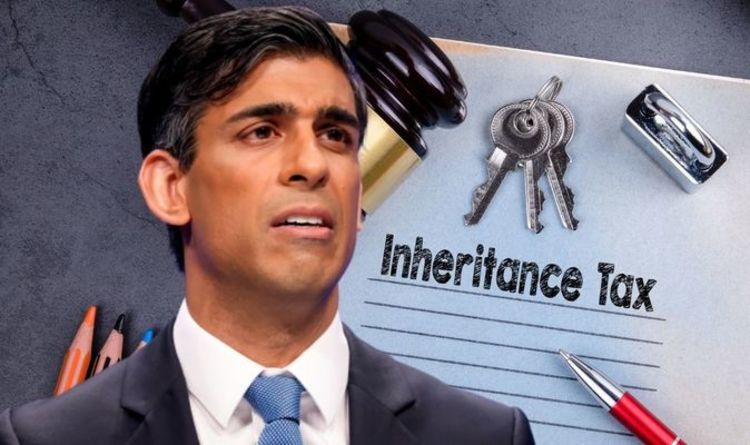 Inheritance tax is loathed by millions of people, who will be looking to avoid a bill in any way legally possible. However, a stark update is showing more people could potentially be hit by the levy. New figures released by HMRC have shown the taxman took in nearly £600million more in IHT between April and December last year, than in the same period the year before.

It means the total IHT collected from Britons rose to £5.9billion, from its previous £5.2billion in 2020.

While experts have suggested the increase could be as a result of pandemic delays, it does not appear to be good news for Britons.

The issue does not appear to be going away, and it is expected IHT take will continue to increase in the coming years.

But individuals should also be aware of an important policy change, which could also impact how many people pay the “death tax”.

At present, a person can usually pass on £325,000 to beneficiaries without an inheritance tax bill being applicable.

If wealth includes passing on a primary home, then the potential nil-rate band could rise to £500,000.

However, the current IHT allowances have been frozen by Chancellor Rishi Sunak from last year.

The Government has confirmed these will not be changed until 2026 at the earliest, creating a huge impact.

DON’T MISS
State pension age rise forces lower earners to work longer [INSIGHT]
State pension alert as you could be entitled to back payment of £8,900 [UPDATE]
Pensioners may get up to £358 per month if living with muscle pain [ANALYSIS]

Ed Monk, Associate Director at Fidelity said: “With current IHT allowances now frozen, even more people will be pulled within the scope of IHT.”

This is due, in part, to inflation which has recently been recorded at 5.4 percent in the 12 months to December – and is expected to rise in the coming months.

However, all is not lost for those looking to reduce their inheritance tax bill.

The expert has pointed towards ways Britons could potentially mitigate the sum they would otherwise have to pay.

Mr Monk continued: “That might include informing pensions schemes of where you wish any death benefits to go.

“Or it might mean taking advantage of the various exemptions in the IHT system for gifting money during your lifetime.”

However, he also said the important thing is to “act early” on the matter for steps taken to have the best possible effect.

If a person has an IHT liability, it could get complicated to deal with fairly quickly.

Consequently, Mr Monk has urged Britons to consider taking advice if necessary to help them work out what steps they need to take.

This is particularly the case for those who have investments and pensions, as the rules can often be complex.

Do you want to share your story with Express Money? Get in touch by emailing personal.finance@reachplc.com. Unfortunately we cannot respond to every email.