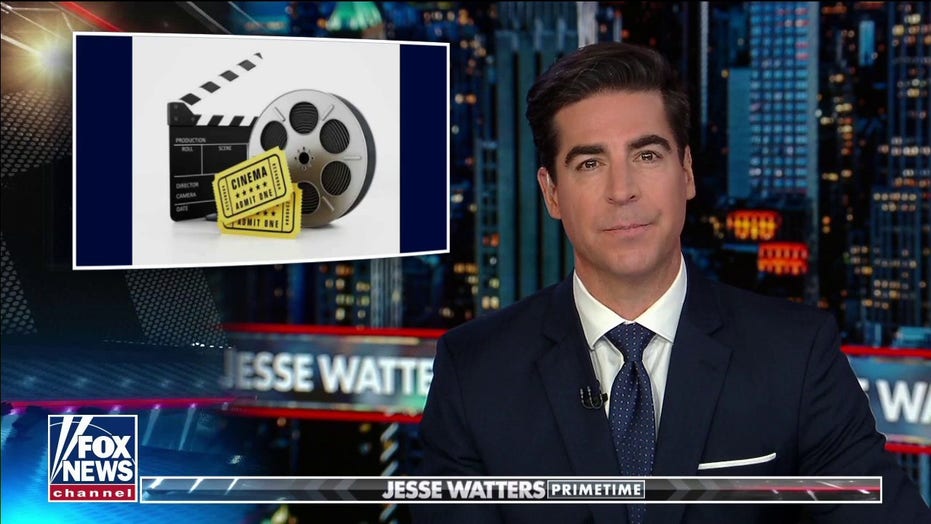 Jesse Watters exposes the family corruption of the Clintons, Pelosis, Schumers and more in the opening monologue of ‘Jesse Watters Primetime.’

The movie’s “crime leaders were just fictional characters, but they represented something real,” Watters said. “No, not the actual five crime families of New York. That gang represents the five families of the Democrat Party. For the past two decades, these clans have used their power and influence in the halls of Washington to enrich themselves and their offspring.”

These five families are the Bidens, Kerrys, Pelosis, Schumers and “perhaps the single greatest abuser of our country’s trust” – the Clintons, Watters said.

“181 companies. That’s a lot of IOUs from the Clintons. I wonder if she ever paid those favors back,” Watters speculated.

Bill and Hillary Clinton were in millions of dollars of legal debt in 2000, according to the book, “Clinton Cash.” Watters said they have grossed $131 million since then.

“I guess selling out America is a big-money business,” he reacted.

House Speaker Nancy Pelosi, D-Calif.’s son Paul Pelosi Jr. “has reportedly been linked to at least five business entities under investigation by authorities for alleged fraud, with reports going on to say ‘Paul Pelosi Jr. was hired by several firms that were subject to both federal and state probes, and meanwhile, [he] has connections to a host of fraudsters, rule breakers, and convicted criminals, although he has never been charged himself,’” Watters said.

“While Paul Jr. has been connected to plenty of suspect businesses, he has never faced the same consequences as his partners,” continued Watters. “Hmm. I wonder why. I guess when your mother is a leader of the Democratic Party, you have a ‘get out of jail free’ card.”

Senate Majority Leader Chuck Schumer, D-N.Y. is “the man in charge of advancing Big Tech antitrust legislation in the Senate” but “has a huge family interest in the process.”

Watters highlighted one of Schumer’s daughters, who is a registered lobbyist for Amazon; another daughter who works in marketing at Facebook.

As for Hunter Biden, his deals “netted the Biden family $30 million … from Chinese profiteers linked to communist spies,” Watters said.

” … [W]hile Hunter was stacking bills courtesy of America’s biggest enemy, he was roping in another prominent Democrat family into his schemes. Hunter’s business partner, Chris Heinz, John Kerry’s stepson, both in business with China, both fathers soft on China. And so another piece of the puzzle falls into place.”

“Essentially, the Chinese government was funding a business it co-owned with two of America’s most powerful Democrat political families,” Watters declared. “So while Biden and Heinz sold out America to make a quick buck, their dads were serving as vice president and secretary of state, respectively.”